On NFP: Conversations that Need to Happen 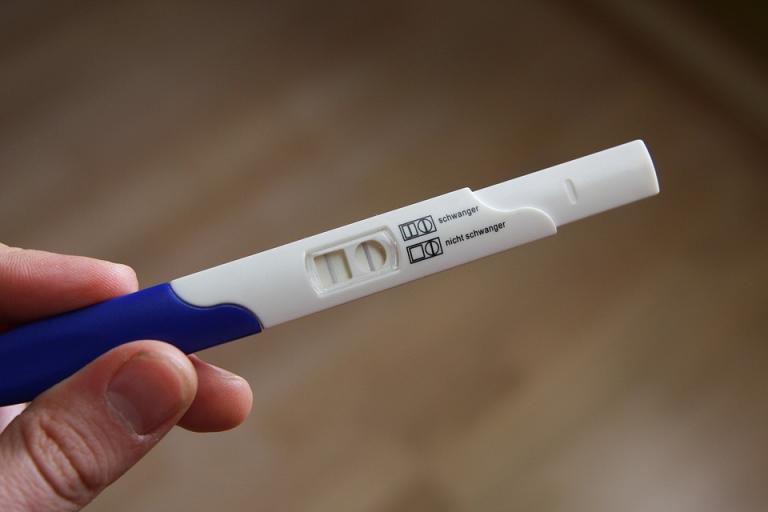 I wrote last year about my largely positive experience using what many call Natural Family Planning. Natural Fertility Management, I call my own practice: because for me, it is a matter of tending to my own bodily ecology, an engagement I would find empowering, as a woman, whether I were planning a family or not. And seen simply from this standpoint, as understanding of and respect for the living processes of my own body – of my own self – I have no complaints. Even if contraception were permitted, I would not be attracted to it, simply because my reproductive cycles are so much a part of who I am as a bodily person, my encounter with the world, and specifically my artistic activity. I write the most, while I am fertile. I don’t want to lose that sooner than I have to. Plus, I am lucky enough to have pretty regular cycles that are easily charted, and this makes all the difference, because our financial situation has never been other than precarious.

And for the most part, my reproductive biology hasn’t given me much trouble beyond the usual. The usual being pain, cramping, bleeding, bloating. And then, in terms of dysfunction, only three miscarriages, two of them life-threatening, and requiring surgery. One case of placenta previa, which was a nuisance. Pretty bad PPD, but I survived, somehow. A little battered, but alive and kicking.

And, most importantly, I had three healthy safe deliveries of healthy children.

So, compared to many women past and present, I have been lucky. Even with all the bleeding, miscarriages, depression, and the rest. To walk in the world as a woman is to grow easy with the burdens we carry. Think of National Geographic images of women effortlessly balancing jugs of water or baskets of produce on their heads. That is how we carry our pain. They said there’d be crosses, and we’ve got the spiritual heft, the strong legs, to carry so many of them. It looks like we move so lightly, sometimes, too, our burdens grow invisible to many.

But not everyone is so fortunate as to get just the everyday crosses.

There is also sexual assault. There are severe health issues that can make it dangerous to be pregnant at all. There’s PPD so bad it drives women to suicide. There is PTSD after rape and assault.

There are the externals, too: abusive spouses, bosses that will fire you if you’re pregnant (yes, it’s illegal; yes, they find ways to do it anyway). Poverty lurks around the edges for many families, and sometimes the slightest additional expense is sufficient to bring on catastrophe. There’s loss of health insurance.

Women in vulnerable demographics face the fear of deportation, environmental hazards, war, imprisonment, even genocide. This is not just a first world experience, after all, this matter of being a woman, having fertility.

When I wrote about my experience with Natural Fertility Management, I acknowledged that mine was simply one perspective, and not intended to be normative or magisterial. There’s this tendency to speak as though all female bodies are the same, and this is simply not true. Even aside from broader variants, each personal body is completely unique and irreplaceable, each person’s interiority uniquely her own.

That’s one reason why so much talk about NFP is frustrating.  “I did it, you can too,” is never a viable response to someone who is suffering. For instance, I can work all day in ninety degree heat, but if someone else were suffering heatstroke in such a condition, it would be both cruel and stupid for me to holler at them about how they need to toughen up, like me. And you can’t point to lists of externals, like number of children, income, health issues, etc, as somehow proving a common experience, because experience by its nature is internal, and has to do with how a reality hits you. There’s plenty of neurological explanation of how the content of an experience is unique to the person, but this is also Personalist Psychology 101, and associated with many of the arguments we use for the dignity of the person, in life ethics.

When we look at the many additional burdens a woman can bear, beyond just the usual crosses we get used to, we need to recognize that no, we cannot read into her mind and will, and see how she experiences them. We can’t tell her she’s being selfish, that she needs to try harder, that she clearly isn’t open to life enough, that she’s rebellious, that she is just following her feelings.

And this leads into another frustration: that when we try to bring these issues up, we are immediately shut down. The conversation doesn’t need to happen, we are told. The church has spoken. How dare we question?

Simply by speaking of our suffering, apparently, we are assuming the posture of heretics, banging out our promiscuous libertine theses on the church door.

In July, Mindy Selmys wrote about her own struggles with trying to practice NFP. I’ve followed Selmys’ writing for several years, and I admire her for the seriousness with which she approaches issues of faith and morals, for her dedication to the task of conscience-forming, so when her piece came up again, I reshared it, because hers is a voice that needs to be heard. It would be a poor textual critic, indeed who could think that this was the voice of a woman who just hasn’t tried hard enough, or who is basing a moral judgment on “mere” feelings:

Sure, I kept getting pregnant when I couldn’t afford to be pregnant – but I also kept finding ways to make it work. Maybe my capacities were greater than I, or my husband, or my medical advisers, thought they were and the Church’s teaching was encouraging me to push past my merely human limitations, to trust God and through Him do infinitely more than I could personally imagine.

Basically I kept on telling myself that until it broke me. At which point I spent the better part of three years as a borderline basket-case, struggling to keep my family life and my marriage from completely collapsing while I wrestled with the spiritual, physical and emotional consequences of a traumatic miscarriage and with the realization that there was just no possible way that I could keep doing this to myself.

Several years later, there are still a lot of ways in which I’m trying to dig my way out of the hole that I fell into by trying to be faithful and obedient to a teaching that simply made no sense in my situation. NFP did not work for me. I knew that it wasn’t working, and I knew that it was very unlikely to suddenly start working. I could not avoid pregnancy or even space births with it, and my body simply became progressively more exhausted. Moreover, it did not produce the magical marriage-building benefits that are consistently touted in the literature. Yes, there were ways that it was good for my marriage, but they’re similar to the ways in which getting cancer, or losing your home and being forced to flee for your life might be good for your marriage. Suffering and conflict, if it doesn’t lead to divorce, really can make your marriage stronger. But it’s likely to be the kind of stronger where also you have deep wounds that will take you years, possibly decades, to heal.

I don’t doubt that many women experienced these difficulties differently than Selmys did, because that’s how personal experience works. And that’s why we need to hear what women – and men – have to say when they speak up on what they’ve kept hidden. Hidden, because in the happy-family NFP world, we’re not supposed to complain. When we speak about our burdens, people respond not with what can I do to help my neighbor, but rather, she needs to stop questioning.

We’re supposed to be walking advertisements for church teaching.

I tried for years and years, but NFP did not make our marriage better. My fertility became a wedge between us.

I was pregnant before marriage, and shunned by my faith community, but I still tried to do my best, with no support.

I had to watch my wife suffer debilitating depression and anxiety.

The doctor said I would die if I got pregnant again. Who would care for our children?

I couldn’t sleep. I couldn’t think. I was suicidal.

Selmys, and others, are not saying “stupid church, stop telling us what to do.” This is not a case of just kicking over the traces and pursuing hedonistic pleasure. These are faithful women, faithful husbands, faithful families, who are suffering, and yet they’re silenced because of some fear that the church’s authority will be doubted.

We are reminded that Christianity is supposed to be hard, but just how hard are things supposed to get, in the service of the One who said his yoke is easy, and his burden light? And how did things get so twisted that a sacrament of the church should be regarded as a legitimate source of suffering? We suffer because of original sin, because of war and plague and pestilence, because of violence and death. We suffer because of dictators, tyrants. We take up the cross of forgiving our enemies.

But baptism is not supposed to be a source of suffering, nor confirmation, nor confession. So why would we be okay with the sacrament of matrimony being, not a source of grace and healing, but the equivalent of the cross that was placed on Jesus’ shoulders by enemies who were out to destroy Him?

The conversation cannot be considered closed just because we have silenced those who don’t fit our “brand.” And opening the conversation doesn’t mean attacking the church, or even disagreeing. All we are doing is asking: please hear these voices. And consider, within the existing framework of teaching, what can be done to help them? Is it possible, as we approach the anniversary of Humanae Vitae, to look more closely at the text, and seek possibilities for development of existing teaching?

If the church is serious about Her mission to support and sustain families, we need to stop silencing, and start listening.

October 4, 2017
It's Not Just About the Hypocrisy: Representative Tim Murphy, Abortion, and the Problem with Rejecting Consistent Life Ethics
Next Post

October 16, 2017 Not You? Then This is Especially For You
Recent Comments
0 | Leave a Comment
Browse Our Archives
get the latest from
suspended in her jar
Sign up for our newsletter
POPULAR AT PATHEOS Catholic
1