How the Religious Right Prepares Women to be Victims of Rape Culture November 12, 2017 Rebecca Bratten Weiss

You’re a young woman emerging from far-right religious circles, where modesty is a cult and male authority is ordained by God. You are accustomed to regarding your body as a source of sin. Being female alone is problematic, an extra blot on the already smudgy condition of being human.  We women are the ones who let ourselves be tricked into causing the fall, after all. And the subtext is that it would never have happened if Eve hadn’t strayed from Adam’s side. Or, maybe, it was Adam’s fault, a little, because it was his job to say “don’t do that” but instead he let the silly woman take the lead.

And in communities where sex is regarded as wicked except for when it is baptized and made holy by chaste, fruitful, heteronormative marriage (note that “consensual” was not an adjective to come up there), of course you start feeling guilty about sex. About bringing the sex, being the sex, making it happen. If you can just avoid bringing it – if you could slice it off and leave it elsewhere – then you get to be that pure, inspirational being, fluttering atop your pedestal, using your powers of temptation to lure men upwards.

Coming out of a culture steeped in this kind of radical sexism, it is not always easy to see the other forms of sexism dominating other cultural milieus. When you’ve been denied a job for being female, or slut-shamed for wearing blue jeans, everything else can look like some kind of egalitarian paradise. No one’s glaring at you for your short skirt, or telling you it’s not “scriptural” to lead. From a world where your body was the constant target of moral disapproval, suddenly, the men like your body. It’s not a bad thing anymore. It gets glances of appreciation. Sometimes even whistles. Your serpent-tempting apple-eating naked womanflesh is capital. And it’s yours. Or so you imagine.

Some women may quickly realize that it’s a case of frying-pan to fire, as sexism goes, but others may find it a relief not to have to cover up. The wolf-whistles may sound, at first, like a salute to a power and beauty you never knew you had, or were allowed to have: sensual power, bodily beauty, not just poor dead Beatrice luring Dante up to heaven.

But you don’t know that yet. The secular men appreciate female beauty, and some of them even say they like a strong woman. Oh, music to the ears of the naïve escapee from the religious right.

Of course, this brief, illusionary power is only available to the youthful, the conventionally attractive, the healthy. White women claim it more easily because white women have greater social power to define themselves at will. So if you’re a thin white twenty-something with accepted bodily proportions, you can spend years of your life confusedly grasping after the power you think you’ll gain: laugh off that harassment, because you’re strong. Sleep with that guy, because you’re sensual. You know now that the idiots who tried to shame you for being Eve were wrong, and by this time you’ve realized half of them were sexual perverts, too. You have learned to suspect any man who natters on about purity, especially female, purity, because these are usually the ones with the most to hide. So shouldn’t these secular guys, these sex-positive guys – some of them even claiming to be feminist guys – have it right?

Well, no. That’s not how it works. It’s really just sexism again, in different packaging. And so many women knew that already, and have watching you in pity. Not envy, as anti-feminists imagine (she’s just jealous of the hot girls who get all the men) – but shaking their heads, wondering why you don’t see what’s being done to you. As you get older and wrinklier and baggier in the middle, you’ll start to see that capital stripped from you, and know it was only something you could rent out for a time, and for a high price – in this male-dominated culture.

The outpouring of revelations about rampant sexual abuse in Hollywood, politics, religion, and pretty much everywhere, has got a lot of women looking back uncomfortably on episodes in our lives we didn’t want to have to consider again. Me too? you think. And then: oh, yes. Me too. You just didn’t know it at the time. You thought it was supposed to be empowering. You thought you were being bold and sophisticated, letting that guy do whatever he wanted, going along with the Playboy creed. You collected stories about some of the most respected men you knew, and how they acted behind closed doors, alone with you, after a few drinks, and you thought this meant you had dirt on them.

Which raises the question: why didn’t you tell? The fact that you didn’t reveals something. That you’d been trained to protect men, especially the powerful ones with the respect of their communities. That your discomfort – physical and emotional – is really negligible, in comparison with their right to hold their place in society. That you knew people probably wouldn’t believe you anyway. Or, if they did, they’d say, well it’s her fault. She’s that kind of girl. A good man can tell the difference between the bad woman he shags in a hotel room after a single date, and the nice lady he gets engaged to.

And so back come those whisperings of shame: you really aren’t a nice lady. You’re not the one worthy of fancy dates and roses. You’re filth, just like they always said you were. Might as well let them do what they want.

At that moment, you may become aware that what happened to you was assault, but at that point you’ve been conditioned to think you deserved it. The women you grew up with – the ones who got the fancy dates and the roses, and are now respectable, settled down – may reiterate this, also. They see you as the thing you were all warned not to be. A cautionary tale for their daughters, scarlet-letter on a tank top.

All of the above being said, I want to make two points, one to the feminist communities, the other to my fellow Christians.

First, to my fellow-feminists: go easy with women coming out of very far-right backgrounds, because many of them are simply not yet in a place to discern when they are or are not being abused. Navigating a world in which genuine equality – not faux equality, under the guise of complementarity – is new to them still. They may not know the lingo, or understand the codes. They may still have a lot of instinctive reactions, in relation to predatory male authority figures: to protect them, to obey them, to be blind to their intentions. They may be struggling to undo conditioning to obey men, or to think of feminism as a dirty word. But they need your protection too, even if they don’t fit the tribe. They may need it more than anyone, because the sexism they’ve experienced is the most overt and poisonous kind there is, at least in western developed societies.

Second, to my fellow Christians: if the hard-core sexism of the religious right continues to be tolerated in your particular faith community, you can not and must not try to take the lead in remedying the problems of rape culture, porn culture, and toxic masculinity. If you approach sexual assault as just one out of many possible instances of that bad, bad sex that happens outside of chaste, fruitful, heteronormative marriage, you’re missing the point. If you think it happens because of feminism, you’re missing the point. If you think this time of revelation is especially hard for men, you’re missing the point. In fact, you’re exacerbating the problem, because you continue to perpetuate myths of male supremacy and female shame.

The Christian Gospel gives us a path for reconciliation, healing, and reform, but as long as right-wing Christians continue to reject the gospel in favor of a projected patriarchal Christ made in their own image, they’re not the ones who can help. They’re more likely to cause harm. 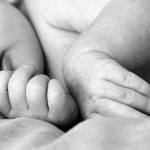 November 5, 2017
Why I Refuse to Refer to Abortion as a "Holocaust"
Next Post

December 4, 2017 Every Day an Apocalypse
Recent Comments
0 | Leave a Comment
Browse Our Archives
get the latest from
Catholic
Sign up for our newsletter
POPULAR AT PATHEOS Catholic
1