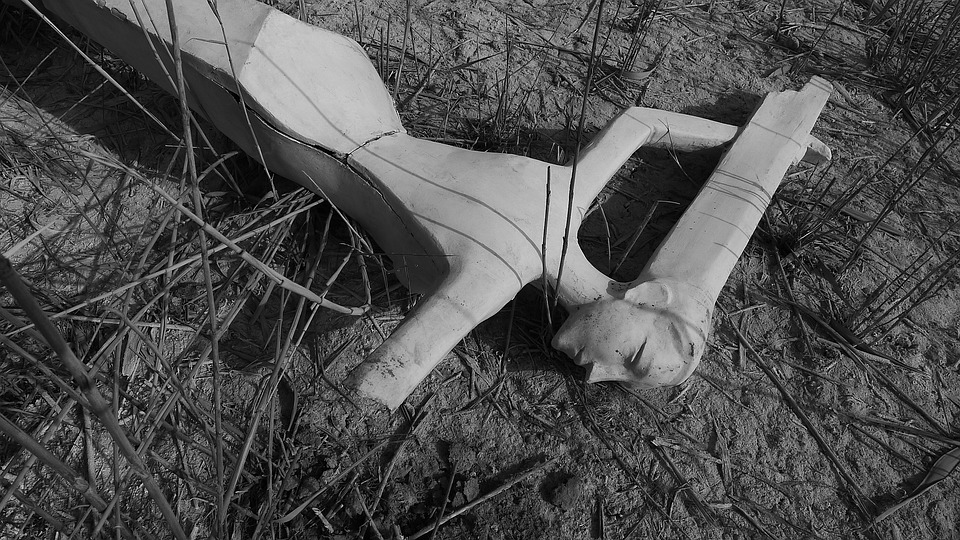 A few days ago I read Catholic blogger Simcha Fischer’s article addressing Christendom College’s gross mishandling of sexual assault and rape allegations against students in the past. I don’t frequently read Simcha’s pieces; I’m a full-time college student, I work two jobs on campus, and I’m a devout sleep enthusiast. So, I don’t often have time or energy to lurk about the Catholic blogosphere. But Simcha’s piece, and Mary Pezzulo’s follow-up, shook me. Deeply. I sent them to my Mom; I sent them to my brother. I discussed them with a close friend, a Christendom alumna.

I go to Franciscan, Christendom’s hippy charismatic counterpart with its own problems with generalized misogyny. Before coming here, I was a Catholic homeschooler for twelve years. My elder brother went to Christendom, and loved every part of it. He made deep, lasting friendships with both men and women during his stay. Now, he’s a seminarian, and a good man. I know the Traditional Catholic world, the Christendom world, the Franciscan world, the Catholic Homeschooling world, these worlds of ideology over individual. They’ve been my life for twenty-three years.

But I am disturbed. I was raised just like the victims at Christendom, with all the same modesty-culture slogans. I went on the young women’s retreats where they taught us that it is our job, as Catholic women of God, to protect the chastity and purity of our brothers in Christ by never choosing revealing clothing, which would tempt them to lust. I was also taught to victim blame, hardcore.

And now, for the past three years, I’ve faced almost daily disillusionment with the teachings I was raised with. Wait, the Crusades weren’t wonderful, Godly movements that brought virtue, beauty, art, and culture to the world? The Inquisition wasn’t a perfect way to manifest the teachings of Christ? Women are raped by Good Catholic Men?

And no, I’m not exaggerating. These are the insane existential crises I process each day, as I realize another element of my young life was actually indoctrination, brainwashing, Conservative-Republican Kool-aid.

Trust No Men…Except for the Good Ones

I was taught that these men would never hurt me. They were men who wanted to fight in the new crusade, to conquer the world for Christ! They wanted to protect and cherish my femininity. They’d never hurt me.

So long as I entered a convent, or became a consecrated virgin and spent my life as a Church Secretary, or married a Good Catholic Guy, bore him eight children, and stayed home with them (as all good mothers do), I’d be safe.

Look, I’ve never been raped. I have many male friends at Franciscan, whom I trust and care about very much. I loved the men I met at Christendom, and I’m still close to the young men I grew up with, the ones who were homeschooled alongside my family.

I’m not claiming they are rapists.

But a deep, dangerous naivete is instilled in young women in these sheltered worlds. We are not taught how to protect ourselves against young men who will use and abuse us; instead, we are taught to avoid the lustful men outside our little ideological bubbles, the men in the world, and to stick with the Good Catholic Men at places like Franciscan. Places like Christendom.

Places where the value of consent is rarely mentioned.

A 2016 article by David Wong brought me clarity in understanding this issue. Wong explains why many (most?) young men in our culture, especially the Christian ones, simply don’t understand the vital role of consent in healthy romantic/sexual relationships:

It wasn’t up to Hollywood or public schools to teach me morality. For me — and virtually everyone I knew — that came on Sundays at church. And I never got one sermon or Sunday School lesson on sexual consent.

“What, so they taught the congregation to be rapists?”

Either the act was pure in the eyes of God or it wasn’t, and the only pure sex act was married intercourse (and note that many of the married women in the Bible had been bought like livestock). Thus, there was no reason to talk about anything else. If they taught a lesson about how forcing a woman to kiss you is wrong, that’d have been implying that consensual kissing was okay (and premarital kissing = eternal hellfire).

Make sense now? It does to me. Consent wasn’t spoken of in my house growing up. It wasn’t discussed in the homilies at the Fire & Brimstone Tridentine Mass parish my father required us to attend. I didn’t understand it; how could I expect my brothers and male friends to?

Moreover, I didn’t learn healthy caution or safety habits for how to live safely as a young person in our American society. The only form of self-protection my father considered legitimate was a handgun and a concealed carry permit. He mocked mace: pepper spray was for wimpy, whiny woman.

But it was also assumed that I’d never need any knowledge of personal safety, so long as I kept myself firmly inside my strict Catholic bubbles.

For example, this summer, my roommate and I lived in a lovely basement apartment under a sweet elderly man’s home. Upstairs, a Franciscan Alumni lived with the landlord as one of his caretakers. My roommate and I didn’t know the young man prior to this summer, but he was a Good Catholic Guy. He’d gone to Franciscan. He was safe.

And, the thing is, he was. He was sweet and came and visited us often in our apartment. But the  as I look back on this summer, I realize how terrifyingly stupid my roommate and I were. We trusted this young man so much, whom we didn’t know, that we never locked our door. We let him play the guitar in our apartment living room while we went to bed. One night, he fell asleep on my roommate’s bedroom floor while we were all hanging out, so we left him there, and went to bed.

Nothing happened. My roommate wasn’t raped. No one was groped. We remember the fellow more or less fondly, and that’s that.

But it could have happened. And we were unprepared for it, should it have. 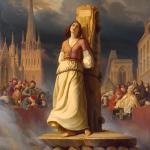 January 29, 2018
They Expected the Women to Remain Silent...
Next Post 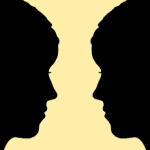 February 2, 2018 Respect Begins in Acknowledging the Mystery of the Other
Recent Comments
0 | Leave a Comment
Browse Our Archives
Related posts from suspended in her jar