Stories About Women Perpetuate the Myth of Incompleteless 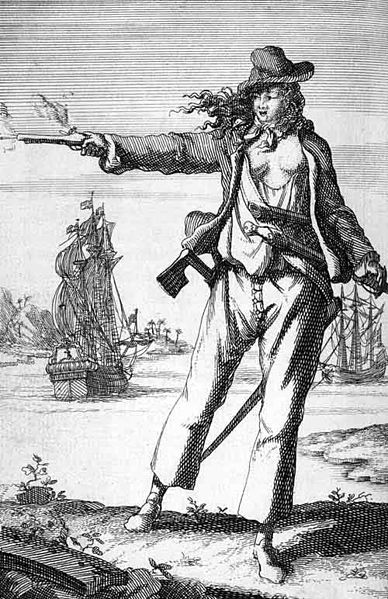 My family was sitting down to watch the 1990 Treasure Island, with Charlton Heston as the legendary Long John Silver, and a young Christian Bale as Jim Hawkins. This was a favorite novel of mine, in my early teens, and this particular film adaption captures the aura of the story, the fear and excitement, the general seablown piratey feel. It had never occurred to me to be dissatisfied with it, until my eight year old daughter said, plaintively: “there are almost no women in this movie at all.”

It’s true. There’s Jim’s mother, but she’s nameless – and, at times, foolish – and once the “good part” starts she’s left on the shore. Silver’s wife gets a mention, but its actually a horribly racist mention. As a black woman, the wife is almost entirely “Othered”, and possibly only created to add to the sense of Silver being an outlier, a wild man.

I suppose I accepted this, for years, because a) white privilege, and b) it’s just such a fun story, pure adventure, which is what a reader wants sometimes. It’s just unfortunate that there are so few pure-adventure stories that have women in them at all.

And by so few, I mean “basically none” – because, in most adventure stories, as soon as a woman enters the scene she comes bringing either romance, or nuisance. In Huckleberry Finn, for instance, the woman in the story all try to reform Huck, irritatingly for the most part. The exception to the irritation is Mary Jane, who inspires something like youthful infatuation in him, because of her goodness and beauty: the “eternal feminine” on the Mississippi. In Moby Dick, it’s all men on a boat together, sometimes experiencing beautiful brotherhood with their hands down in a vat of sperm together. And also a giant, white, male, hmm, whale. In The Hobbit, there are no women at all, though Lobelia Sackville-Baggins hovers around the edges, stealing spoons. In The Lord of the Rings, Lobelia appears again, as one of two women in the story entirely without a love interest. The other is the wise-woman, Ioreth, who assists in the Houses of Healing. Both are old, of course.  As for the rest, who are either young or young-looking: Rosie loves Sam; Arwen is destined for Aragorn; Eowyn loves Aragorn but has to settle for Faramir; Galadriel is married to Celeborn, who knows he will grieve her passing. Goldberry is only introduced as the wife of Tom Bonbadil (and incidentally, while he looks old and jolly, she looks young and beautiful).

Not that there is anything wrong with any of this. Eowyn has been one of my favorite female characters to inhabit for over thirty years. I just kind of wish that after she lost Aragorn she’d said “screw it” and ruled as a queen in her own right. I have so many fan-fic stories in mind, for Eowyn at fifty.

There is just so much more to women than what adventure stories – or stories in general –  usually allow us.

I brought this up on my Facebook page, and in response got a lot of recommendations for stories that involve women having adventures. Alice in Wonderland was probably the most satisfying listing, since she enters a fantasy realm and has adventures on her own, some of which involve logical puzzles, and none of which involve romance. Favorite stories like Little Women and Anne of Green Gables don’t satisfy the demand for girl-adventurers, because there are too many men and too much romance. Nancy Drew involves too many boyfriends, as well as girls being cute and stylish. A Wrinkle in Time is fantastic, but there are guys, and guy-issues. One of my friends reminded me that before she leaves Themyscyra, Wonder Woman – i.e. Princess Diana – lives in a world made up entirely of adventuring women. But most of the Wonder Woman stories take place with her situated among men – and even romance.

Now I’m not saying we shouldn’t have stories about women interacting with men, loving men, working with men, and so forth. I just wrote such a story, myself (the “sex robot novel”, aka, Strange Wives). But it’s troublesome that we accept a whole genre of story that can casually exclude women completely from the cast, while we can’t think of a single story that consists only of female characters. Or female characters entirely without romantic interests. Or female characters entirely without romantic interests because they’re busy having adventures.

But if one were to write a story about a bunch of girls who set out on a quest to find treasure, and no men come into it, would people think of this as some kind of feminist aggression? Simply centering women as leaders in adventure stories seems to irk some men. What if romance never came up in the conversation, and the girls simply sat astride their horses planning their next move, trying to save each other’s lives, being tempted by riches and violence? Would they be deemed “unnatural” or “cold” or “selfish” to pursue honor and glory? Or would people assume that they were all lesbians? Nothing against lesbians – we should have more lesbian adventure stories, too – but the way people leap to this assumption, it’s as though a woman remains ontologically incomplete if she isn’t in some kind of erotic or familial relationship. This, by the way, puts incredible pressure on young women to find someone to make them “complete” – whether sexually, romantically, or domestically. We have so many fascinating male characters who are single by nature and intent: Gandalf, Bilbo, Sherlock Holmes, Professor Kirke, Spock, Hercule Poirot.

One of the finest things about a good adventure story is its exploration of companionship. This is no necessarily the same as friendship, but it can grow into friendship. It’s the long and complex process of people having to learn to live side by side, to sacrifice selfish inclinations for the good of the Quest.

So many stories about women and girls focus on our sniping at one another, jealousy and possessiveness, the need to preen in front of one another or bring one another down. When these are the stories our daughters read, how can we expect them not to descend to this level? And this inclination spills over into the world of women in the arts, in which we are aware that we have a very small space, and are inclined to hog it all for ourselves, instead of expanding it to include more women – silencing one another, instead of amplifying one another’s voices.

Some time ago, I wrote about how we need a better standard for our stories about women. I want to up the ante on that a bit. There is no reason why we shouldn’t have stories about women doing exciting things with no men involved – since we have long accepted the reverse scenario, in beloved classics.

I’ve now added to my list of novels-to-write (after I’ve got this sex robot thing published): an all-woman fantasy pirate adventure story in which there are no men, or almost no men, and no concerns about romance at all. It will be about challenges to honor, growth of friendship, skullduggery, the corruption of power. There might be drunkenness. Possibly some religion. A magical beast of some sort could be of interest. Curses, too. Curses are good. And lunacy. Raving on desert islands. Ghosts. Loss. And women of all ages, sizes, ethnicities – not just a band of sex-symbols.

If this sounds boring, then why is it exciting when men do it? Are we refusing to see women as fully human, in the capacity for action?