“I’ll Eat You Up, I Love You So”: Religion Where The Wild Things Are | Rebecca Bratten Weiss
Get newsletters and updates
Close
get the latest from
suspended in her jar
Sign up for our newsletter

“I’ll Eat You Up, I Love You So”: Religion Where The Wild Things Are 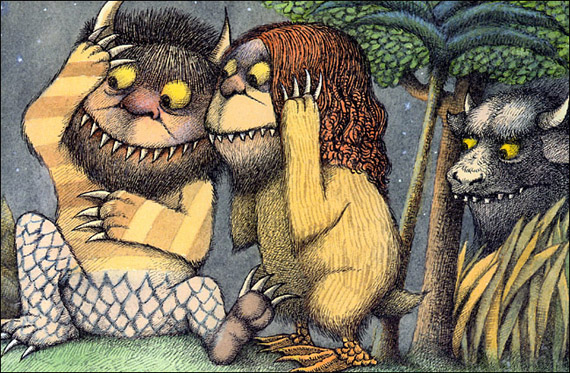 My two younger children are going through an entirely understandable Maurice Sendak phase, which means I find lines like “we’ll eat you up, we love you so!” shouted through the house, while I go about my work.

I was scrubbing down the bathroom listening to recitations from the “Night Kitchen” when I noticed the obvious anthropophagous theme running through these beloved children’s stories. The Wild Things love Max so much they want to eat him (which puts a new perspective on his earlier threat to eat his own mother); the anthropomorphic lion eats Pierre and then, after the child is rescued, becomes a family friend. Mickey is almost baked into a cake by the chefs in the Night Kitchen.

This draws upon a much older horror theme winding through fairy tale and myth: being eaten, even eaten by other humans – even by one’s own parents. The terrifying and grotesque act of baking children into a pie and serving them to the unsuspecting parent is a motif of revenge narratives, from ancient Greece to modern fantasy. In European fairy tales, one fears the old witch partially because she is likely to eat you (young witches eat you, too, in a different sense). In “The Juniper Tree” the Wicked Stepmother figure takes things a step further, by not only oppressing her stepson but ultimately killing him and making him into blood puddings which his unaware father devours with relish.

Sendak’s stories draw on this archetypal fear, and render it palatable, comical even. This is not quite a case of fairy tales showing us dragons so that we learn that they may be defeated: it’s more like drawing the dragon into the household and learning to live with it – as Pierre’s family befriended the lion who had eaten their son.

The puritanical imagination probably frowns on this as a blurring of the lines between good and evil, but the Catholic imagination is rather different. That’s why there’s a long tradition of Catholics being accused of cannibalism, eating our own God, and of morbidity, collecting dried fingers and shriveled hearts, building chapels out of bones of dead monks. That which we most fear is somehow incorporated into our sacramental life, and transformed into something we not only live with, but live on.

This is religion where the wild things are. And whenever I find myself frustrated with rigid authoritarianism from church leaders, sad attempts to misuse philosophy to explain away mystery, I realize that in spite of all that, this is where I belong. Gnashing my terrible teeth, and rolling my terrible eyes. Where someone loves me best of all. 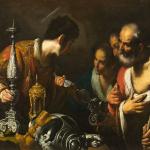 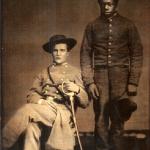 May 22, 2018 "Don't Talk Politics!" - A Privilege That Perpetuates Injustice
Recent Comments
0 | Leave a Comment
Browse Our Archives
get the latest from
suspended in her jar
Sign up for our newsletter
POPULAR AT PATHEOS Catholic
1