Catholic Men Explain Me to Me

Catholic Men Explain Me to Me July 12, 2018 Rebecca Bratten Weiss

So, recently I wrote about how I don’t like that popular “feminine as receptivity” thing, when it comes to talking about women. It was a topic I’d meant to write about for a while, and that was not the first time I brought it up. While the majority of the responses to my critique were positive (that is, the ones I saw: I rarely read the comments) I was not really surprised to see a number of readers, all male, give a set of stock responses I can probably recite in my sleep by now.

Now, I should clarify that these are stock responses not only to this particular argument. They’re liable to pop up whenever a woman has the audacity to interrupt the men who are so industriously explaining her. On one particular occasion, it was a group of Thomists talking about how the feminine principle is fundamentally passive. They did not like it at all when I butted in to talk about my body’s capacity to grow and produce a whole new human body, and how this is pretty notably un-passive behavior.

I have similarly been informed that yes, my true fulfilment and joy is in domesticity, whether I feel it or not. If I don’t feel it, I must be an unnatural woman (weirdly, this same argument was made to Charlotte Bronte by the poet laureate of England, so even very intelligent men can be very stupid about women).

I’ve been told that as a woman I am less prone to sexual desire than men are, which is why it’s understandable if men sometimes engage in unethical sexual acts, but completely depraved if I were to do it.

I’ve been told I’m not as visual as a man is, which is why I need to cover up my problematic female body, but men don’t need to worry about leading me astray (which is true, actually – but not because I’m not visual. I just don’t think sexual morality has to do with never seeing the beauty of bodies).

I was once involved in a public debate on modesty with a theology PhD. I presented an argument drawn from the Greek word used by St. Peter in the NT, from a study of moral theology, from Mariology, and even from neuroscience. He presented his opinions. “I haven’t researched this, but I’m quite sure men are more visual than women,” he said, and his uninformed opinion was equal to mine because of his male authority. He could even admit his lack of research, and get away with it (his assertion, incidentally, was correct only if you interpret “visual” in one very narrow way, but that’s a topic for a different piece).

As women we’ve been told that we can’t make responsible choices about our own bodies, that any desire we have to participate more fully in liturgical life is the result of power-lust, that it’s our role to submit to men.

I’m talking here specifically about sexism in religious circles. This is not to deny that there’s a different kind of sexism that we meet every day outside religious circles, but one serious problem is that religious men feel divinely entitled to have a privileged position in regards to the truth, even the truth about female persons and our bodies.

Paradoxically, I don’t think this is itself the result of religion. Good religion should be expansive, multifarious, living – not rigid and fixed and authoritarian. And it certainly is not the result of Christianity per se, if we look at the role of women in the Gospels and the early church, or even in some respects into the Middle Ages.

But religion is powerful, so people want to get a hold of it and twist it to their purposes. Religion that exists in a patriarchy will end up being usurped by those with a fixation on maintaining hegemonic male dominance, and a fear of female autonomy as a realm where the divine can intersect with the human – even though that intersection is exactly what happened on the occasion of the Annunciation.

The male need to control women through definitions predates Christianity, and has its roots in something very foreign to the spirit of Christ, but unfortunately it has been enshrined in much of our ongoing academic tradition. And until women take the lead – we clearly aren’t going to be “given” it – in conversations about our own identity and vocation, and until we claim the freedom to do more than echo and expand on what men have said about us, men are going to keep on writing over our being.

(With thanks to Rebecca Solnit, whose Men Explain Things To Me inspired this piece) 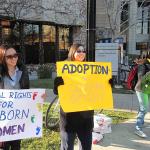 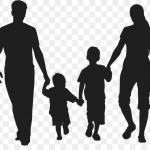