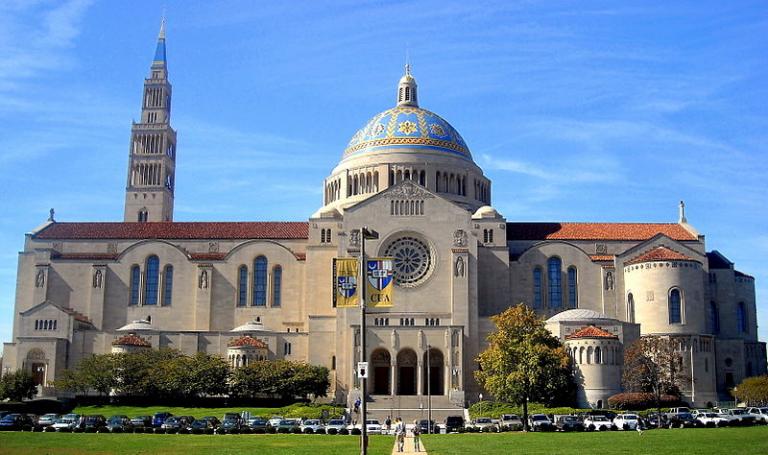 So, this is what I have pieced together about the Indigenous People’s March/Covington Catholic incident from the articles I have read, video I’ve seen, and descriptions of video I haven’t seen:

There was a group of four black counter-protesters at the Indigenous People’s March from a group called the Black Hebrew Israelites, which practices a sort of amalgam of Christianity and Judaism. They claim to be descendants of the original tribes of Israel. They were not (as some people claim, starting with one of the Covington Catholic chaperones) Muslims. That assumption, as far as I can tell, is based solely on the fact that the men in question had long beards.

Anyway, the four members of the Black Hebrew Israelites spent the Indigenous People’s March shouting ignorant things at the people participating in that March. Over the course of the March, several of the Marchers came over and spoke with these four men, ranging from asking them to stop to calmly trying to discuss things with them to shouting back at them. Most ignored them.

After the Indigenous People’s March was over, those four men continued to shout things at the Native Americans still gathered in the area in front of the Lincoln Memorial, as well as at others who came into their general vicinity.

One group who came into their vicinity was a group of students from Covington Catholic High School, who had just attended the March for Life, and who now were waiting for their bus to pick them up.

Instead of ignoring the four counter-protesters or engaging with them one on one, this group of students decided to, as a group, shout them down.

It was this dynamic that the elderly Native American activist first witnessed: two groups, one made up of four black men and the other made up of dozens of white (I saw one or two that were not white in the video, but nearly all of them were) young men, many of whom were wearing MAGA hats. Seeing this imbalance, he decided to go between them in an effort to dispel the conflict, singing medicine to try to reduce the anger and hostility. And it worked, sort of. Most of the Covington Catholic students were no longer in a charged shouting match with the Black Hebrew Israelites, but instead, focused on the Native American man singing and banging his drum.

The students of Covington Catholic did not know what the Native American man was doing. When confronted with something that they didn’t understand, that they thought was weird and made them uncomfortable, they reacted just like many immature young men have reacted in the past: with ridicule and shows of bravado.

The now infamous stare-down between the student and the man singing and banging his drum lasted about five minutes before the man and the small handful of people with him left, and soon after, the students got on their bus.

I understand that the actions of the high schoolers, when seen within the broader context of the incident were typical immature high school jackassery, and not the intentional racial targeting that they have been accused of (though some of the ridicule they engaged in had racist elements that cannot be ignored).

In addition to all of this, I have a few questions about the Covington Catholic group:

Why, at the March for Life, did this group have an apparently organized effort to wear MAGA hats? So many of them had them on that either it was planned, or there was a MAGA hat vendor at the March and they all bought them. This inherently escalated the tension in the whole situation. The March for Life isn’t supposed to be a Trump rally. If you turn it into one, it will carry with it the kind of tension that has been found at Trump rallies for the past three years. Even if this wasn’t obvious to the students, it should have been clear to their chaperones.

Which brings me to question number two: Where were the chaperones in all of this? If they thought that either the Black Hebrew Israelites or the Native American activist posed a threat (whether rightly or wrongly), then it was their responsibility to defuse the situation if they could, possibly speaking to the other groups and asking them to stop, and to move the students away. If they did not perceive either of the other groups as a threat, then they needed to call out the students for their immature behavior and moved them away from the other groups.

Now, some of you may ask, “Why aren’t you calling out the Black Hebrew Israelites? They were the instigators, AND they said a lot more racially charged things than the students.”

To that, I respond that I am a white man who went to Catholic school and attended multiple Marches for Life. And so I take the poor behavior of Catholic school students attending the March a lot more personally than a do a small group of people shouting ridiculous things in DC.

This is, as best as I can tell, how things went down. Far from as clear-cut as it seemed at first, but, unlike what some have claimed, the full story does not fully exonerate the students. And, the thing that I have said from the beginning holds true: this is primarily a failure on the part of the chaperones.

Finally: while I still hold the students’ actions as immature, stupid, and disrespectful, naming minors online and sending them death threats is never okay. Period.

January 18, 2019
Of Nazis, Toxic Masculinity, and the Privilege of Violence
Next Post

January 24, 2019 We Owe The Covington Catholic Students An Apology
Recent Comments
0 | Leave a Comment
Browse Our Archives
Follow Us!

Official Catholic Church Teaching on the...
The Shoeless Banshee: Meanderings Beyond the Pale