Racism in Our Stories: Getting Beyond the White Imagination 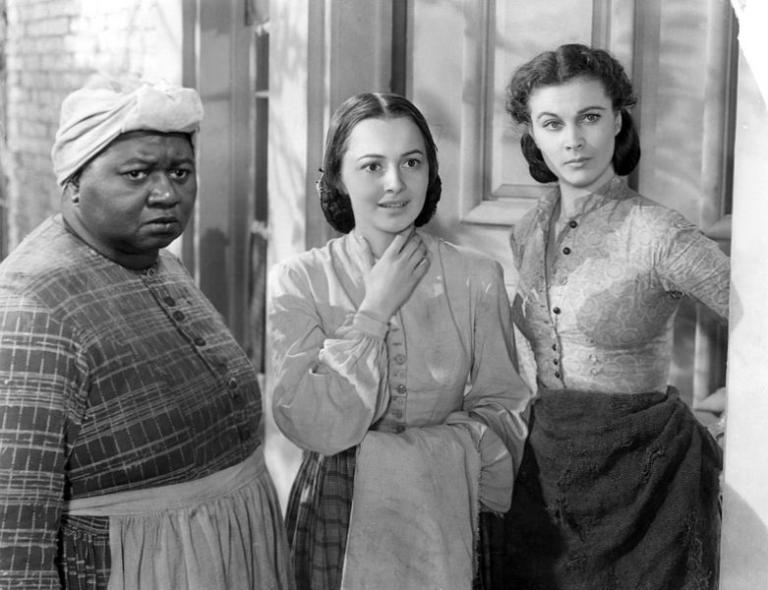 Coming in from planting sweet corn today, I glanced down at my dirty calloused hands with the jagged nails and torn cuticles, and immediately remembered that scene in Gone With the Wind, when Scarlett tries to trick Rhett into lending her money, but her work-worn hands give away the true desperation of her situation. My first thought was, “damn, I’d be screwed if I needed to convince anyone I was an idle lady.” My second thought was, “damn that scene was racist, wasn’t it?”

I’m not saying it was racist simply because  Gone With the Wind is a story that presupposes and perpetuates racism.

The scene itself is racist in content as well as context, because the implication is that Scarlett, as a white “lady,” should have pristine delicate hands unmarred by labor. That labor should be done by slaves. In laboring the way a “field hand” does, Scarlett has lowered herself from her rightful place as a white woman in a plantation-owning family. The entire panoply of upper-class southern ladihood was an advertisement of status as non-laborer – a status achieved specifically due to her holding human chattel.

As a character in a Faulkner story points out, the pretty whiteness of the plantation house is made possible by the sweat of slaves.

Ten years ago, I would have thought of that scene, and of my own work-roughened hands, only within the closed circle of the white imagination, in which the white experience is default, and even if one formally opposes racism, one remains blind to its many avenues. In the white imagination, all the main characters are white, and the introduction of a non-white character is cause for comment.

Poet Claudia Rankine has written that “Blackness in the white imagination has nothing to do with black people,” and this is evident in so many of the stories generated by white society. Gone With the Wind is a pretty glaringly obvious example, as is Heart of Darkness.

Racism, white supremacy, and anti-semitism are present in so many classics of the western canon, yet it’s easy for the white imagination to pass over them the way one would any minor irritant to be written off as a “product of the time.” Whether it’s the treatment of Jewishness in Oliver Twist, or of native peoples in the Little House books, white people are encouraged not to fuss over it. And if anyone does fuss over it, other people get mad, because we’re marring their own enjoyment of beloved stories. Stories that shaped their childhood.

It’s that shaping that’s so insidious. As long as it doesn’t directly affect us, we’re prepped from an early age to overlook rampant and systemic injustice as mere flaws. In the white imagination, oppression of the Other is simply not a huge issue, and we shouldn’t let it distract us from the conflict of the tormented heart, the heroism of the intrepid adventurer, the romance of the lost cause.

A white person in a story who does something bad to another white person becomes a villain.  We like our heroes flawed, sure, but the flaws have to remain likable. Stealing someone’s inheritance? Raping a woman? Not lovable. Do this, and you’re the villain of the piece.

Unless, of course, the victim is non-white. Then the injustice done to them is merely a minor flaw. A “product of his time.”

My own tenancy in the white imagination has always been unsure, because of my Jewish-ness, but I get a free pass to many of its rooms, all the same. In those rooms, the problem is not that we all overtly promote racism. It’s that we don’t notice it. And if we do we notice it specifically with a white – or white-ish – gaze. It becomes a curious problem to analyze, and more often than not the racists themselves, rather than their victims, end up being centered. We want desperately to believe that they aren’t all that bad, or if they were that they are an anomaly.

I’m reminded of one of the many semesters when I was teaching Beloved in an all-white classroom. The students, left to their own devices, would have spent the whole time trying to exonerate the white slaveowners, or even themselves. This was not conscious malice. It was simply dismay at being decentered from the story.

What if a non-white person were listening?

Conversations like that get a lot more interesting when one imagines: what if a non-white person were listening in, right now.

And then: what kind of culture is this, in which the only non-white person who could possibly be listening in is in my imagination?

And then: if the only non-white people I can hear are imaginary…

I’m sure that there are many respects in which my dominant framing of reality is still conditioned by my relative whiteness, but as a story-teller I am very grateful to the many non-white scholars and activists who have spoken out and given us the gift of enlarging and coloring our awareness. It may not be comfortable to have to look back on the stories that were dear to me as a child and engage with them on the level of the problematic rather than the satisfying, but it is necessary.

Look, I adored Gone with the Wind for years.  I’ll never forget the first time I read it, how I started on the way home from the library, in the back of the car, and was too engrossed in the story even to get out. I just sat there, reading. And when it was over, I read it again, and again. But finally I had to face the reality about just how problematic the story is. How my enjoyment of it was only possible because of the privilege of my relative whiteness. Sure, I can decide to skip over the racist bits, and get on to the good stuff. But could a Black person?

It is necessary to ask this, because as long as we bracket out the realities of the non-white experience, our art is not truthful, not a genuine engagement with human reality in all its diverse complexity. We are telling one another pleasing lies, within an artificial space.

And these lies we tell perpetuate injustice. 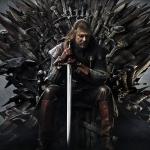 May 4, 2019
The Night Is Dark And Full Of Incoherence: What Is Going On With Game Of Thrones?
Next Post

May 10, 2019 Women Deacons, Rachel Held Evans, and the Pushback of Patriarchy
Recent Comments
0 | Leave a Comment
Browse Our Archives
Follow Us!

Catholic
Know Your Dogwhistles! Recognizing Anti-Semitism Is the First...
suspended in her jar
TRENDING AT PATHEOS Catholic