My Response to the Men Who Think It’s a Sin For Women To Work Outside the Home August 18, 2019 Rebecca Bratten Weiss 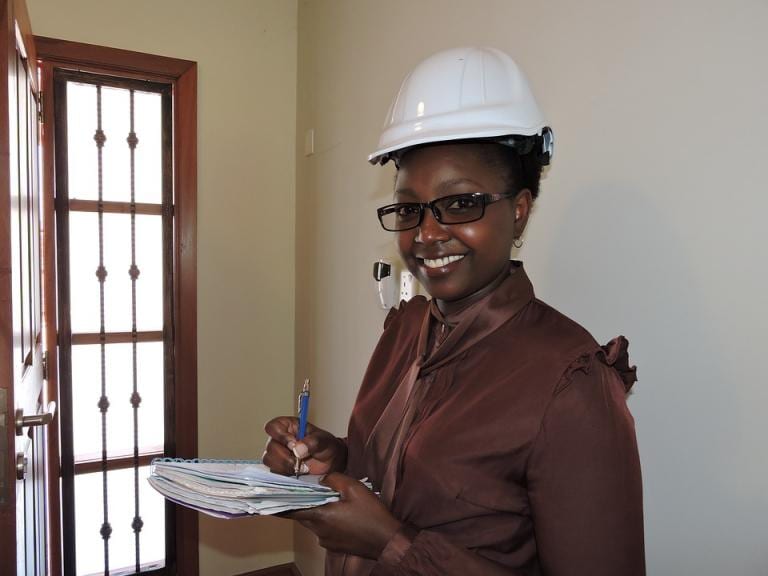 Recently, several far-right Catholic social media personalities took to Twitter to broadcast their opinions, borrowed from several centuries ago, regarding working mothers. We were informed that women who work outside the home are self-centered, not real moms, in mortal sin, and, most ludicrous of all, even not Catholic.

I wish I could say this were the first, or even the twenty-first time I’d heard this argument.

There is much I could say, in the context of orthodox Catholic thought, to counter these wrong-headed and abusive but still sadly common ideas. The people who advance these arguments are misrepresenting Roman Catholic church tradition, and presenting their own personal prejudices as though they were magisterial teaching – which is ironic given that their power comes from a claim to be the arbiters of orthodox Catholicism, while in reality, within the parameters of Catholicism they are technically heretics teaching heresy.

I could share JoAnna Wahlund’s article from earlier this year (the last time this argument made the rounds), in which the author uses actual quotations from official church documents to demonstrate that no, the church does not teach that women who are mothers should not work outside the home, and it certainly does not state that those who do are in mortal sin or have somehow had the indelible mark of baptism erased the moment they heard the fatal words “you’re hired.” As Wahlund points out, the church has much to say about the responsibilities of both parents to care for children, and making sure the needs of children – physical as well as spiritual – are provided for. The Church speaks of the right and even the obligation to work:

Everyone has the right of economic initiative; everyone should make legitimate use of his talents to contribute to the abundance that will benefit all and to harvest the just fruits of his labor. He should seek to observe regulations issued by legitimate authority for the sake of the common good.”

Not just men, not just single women or married women without children, but everyone.

A theology of work is not exclusive

I could speak myself, at length, about the inherent dignity of work, the nature of work as an act of the human person, the scholastic  idea that, insofar as action follows being, so the act of work is a showing forth of the intrinsic value of the embodied person. I could quote popes who have said similar things.

I could talk about how the right to secure employment and a fair wage is necessary for a just society, and that excluding any one demographic from full participation in this right is an act of violation, and contributes to a culture of inequality and hegemony.

I could reference history, and the fact that at most times and in most places women have worked, the exceptions being only the upper-middle and upper classes.

In relation to this, I could discuss how those who hold the means of production while enriching themselves through the labor of those who do not are stealing that which justly belongs to the worker – and how the upper-class idea that a “lady” does not work leads to an entire class of women who are slothful, selfish, vicious, and dependent – instead of industrious, generous, virtuous, and free.

I could talk about the value, for a young girl, of seeing her mother go to work, and understanding the myriad of different vocations that are possible for her, as a girl. Or about how it is harmful for families and for societies when the mother is turned entirely inward, without engagement in the broader culture and market.

Yes, caring for children and the home is a kind of work, too, and one that carries a special weight of responsibility – but it is not gender-specific. Men can do it, too.

The economic context is important

I could remind everyone that sometimes a woman has no choice but to take a job. In a bad economy few families can survive on one income. And many mothers are single or divorced, and have no other income but their own, with which to provide for their children. Or sometimes a woman’s partner is sick, or disabled. Or perhaps she’s the one with the better-paying job.

If you don’t like the above facts, think about supporting mandatory living wages, universal health care, cash assistance and paid parental leave.

Also, think about the fact that sometimes it is a woman’s choice to remain in the workforce while pregnant or childrearing, and that this is absolutely morally acceptable.

Is it possible for work to be immoral? Absolutely, yes. Think of the laborers who went cheerfully to work at Auschwitz, as an extreme example.

It is important to keep the question of ethics central to the debate over work and workers’ rights, because some jobs are intrinsically immoral, and it is possible to take a morally neutral job and use it for evil – as when police use their power to intimidate, assault, and advance racism. It is also possible for work to uphold unjust or oppressive systems even when those doing the jobs have no intention of this, and are simply trying to earn a living.

Ethics are especially important when we think about the necessity of a just wage and income inequality, and the dangerous temptation that bosses will always have to exploit workers or pay them unfairly.

“But the church says…”

As to the claim that some church hierarchical leaders have sometimes said things that make it sound as though it is immoral for mothers to work: so what if they did? This is not a deeply rooted unchanging Christian doctrine, it’s the opinion of a few elevated clergy in a body of clergy who have frequently been wildly, horribly wrong before. (See: the abuse scandal. See: the church’s teachings on slavery).

The idea that it is somehow wrong for a woman who has children to work outside the home is not a Christian notion, and Christians who advance it are cementing the common (and unfortunately not-unfounded) notion that religion is regularly employed to oppress women. Those who advance this idea should especially consider shutting up next time they are inclined to opine about Islam as anti-woman, since they’re trying to make Christianity anti-woman, themselves.

If someone lobs a quote from a saint or a bishop to the effect that it’s a sin for a mother to work outside the home, this does not make the notion any less ridiculous. We should not have to be debating this, in the year 2019. Women should not be forced into corners where we have to pretend to take these absurd notions seriously.

So here’s what I have to say, ultimately, to the Twitter trad-bros who are trying to shame working mothers with lies about Church teaching: we do not care what you guys think.

Why (some) men need the patriarchy

These are men clinging desperately to an outmoded structure of male supremacy in which they were automatically little kings and godlets, without having to do anything to earn their place of power. In this structure, every man could feel good about himself – for not being a woman. As in structures of white supremacy where the lowest white man can always feel superior by virtue of not being Black, the men with the greatest inferiority complexes cling most fervently to these systems that guarantee them some kind of dominance, and magically eliminate whole swathes of potential competitors from whatever pool it is they feel uneasy in – jobs, dating, education, politics, etc.

The people who bring up these extreme ideas want to be taken seriously, so that notions that we consigned to the dump-heap decades ago will be plucked out, brushed off, and put into circulation again. It’s important that we not let this happen, as it would be just another component of the ever-rightward-inching Overton window onto our contemporary political scene.

So why am I going on about this?

Why am I even talking about it? Because even though I have been emancipated from this prison of falsehoods, others have not. So articles like Wahlund’s  – or this one – may be necessary or helpful for those others. I want to reassure women in more so-called “traditional” communities, where they might be shamed for working, that what they are doing does not make them less virtuous, less Catholic, or not “real moms.”

So this article is not really a response to those men at all. This article is for all you women who are still struggling to get past the idea that men like that deserve a listen, for women who may be worrying that you are sinning by having gainful employment. It is for you women who cherish your catholic faith and identity, but have been repeatedly told falsehoods about what being Catholic actually entails. Perhaps, even if you don’t really buy it, a part of you has been conditioned to listen to what the menfolks, the self-proclaimed arbiters of divine will, have to say. Perhaps this makes you anxious, afraid of damnation, paralyzed with guilt.

August 13, 2019
The Right Wing Is Dominant - And Real Courage Means Standing Against It
Next Post 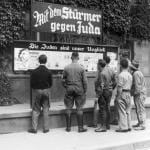