Yes, Catholic Women Should Preach. But Why Is This So Frightening?

Yes, Catholic Women Should Preach. But Why Is This So Frightening? September 11, 2019 Rebecca Bratten Weiss 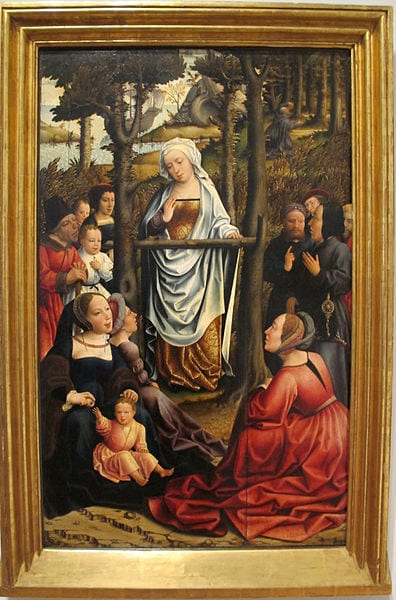 A few months ago Fr. James Martin – editor-at-large for America Magazine, and author of the ground-breaking Building A Bridge – spoke out on Twitter in support for women preaching:

It is stupefying to me that women cannot preach at Mass. The faithful during Mass, as well as the presiders, are missing out on the wisdom, experience and inspired reflections of half of its members. St. Mary Magdalene, pray for us.

It is stupefying to me that you are still considered a priest in good standing.

We will leave aside, for the moment, Johnson’s rudeness, as well as her apparent ignorance about how the sacrament of Holy Orders works. What I would like to focus on is the debate about women preaching, which carried on for several weeks, and recently was invigorated by America’s publication of a piece by theologian Pia de Solenni on the topic (“Should Catholic Women Preach At Mass? Here’s a Better Question”). Solenni, as a theologian, addresses the issue with considerably more finesse than Johnson, conceding, correctly, that women are permitted, canonically, to preach – though not a homily, not at mass.

Solenni admits that some women may be better able to preach well than some priests, but stresses that we need to look not just at what human beings can do, but what we are:

We have to move beyond our functional world to a more metaphysical world. In other words, we have to shift the conversation from doing to being.

She goes on to explain the magisterial teaching about who and what the priest is:

When it comes to the priesthood, the priest stands in persona Christi (in the person of Christ) in relation to the faithful, particularly in the Mass and in the sacrament of reconciliation. By virtue of his ordination, the church teaches that his soul has been indelibly marked. An ontological change has taken place. In effect, this means that no matter how wonderful or how terrible the priest may be, when he says the words of the consecration, he is able to change the bread and wine into the body and blood of Christ, by virtue of his ordination, not his moral character. So, too, with the words of absolution, the priest is able to forgive our sins. He is truly another Christ and able to do the things that only Christ could do. What he does is inextricably tied to who he is.

All of this is a correct representation of the church’s present thought on this matter.

But in her accurate layout of the basic theology of priesthood, Solenni inadvertently exposes a fundamental weaknesses.

If  the argument that a woman can not preach depends upon the character of the ordained man as having become persona Christi, it would follow from this that male deacons should not be allowed to preach homilies. Yet they can and they do. The deacon is ordained, but he is not ordained in persona Christi – which is why he is not, according to Catholic doctrine, able to perform the actions enumerated above – to change the bread and wine into the body and blood of Christ, or to forgive sins with the words of absolution. Ordination, then, though reserved only for men, can not be said to be reserved only for men on the basis of the ontological change to in persona Christi.

So, we have one of two options, given current doctrine:

Either, women can not preach because women are not ordained in persona Christi – and therefore deacons, also not persona Christi, should similarly be barred from preaching.

Or, there are some things only ordained priests can do, being in persona Christi. These are special acts such as consecration and granting absolution. Preaching is not numbered among these special and reserved acts; therefore, deacons can preach. And if this is the case, a different argument must be summoned, if one wishes to continue to prevent women from preaching homilies.

Moreover, one remains somewhat at a loss to understand why ordination per se – since ordination no longer is exclusively ordination to the priesthood, to standing in persona Christi – should be withheld from women. All that remains is argument from authority.

I would like to return to Solenni’s remark about distinguishing between action and being. Hitherto I have been pontificating out of my wheelhouse, and within hers: I am no theologian. But now we are in my terrain, philosophy, and I must remind my readers of the well-known scholastic axiom, agere sequitur esse: action follows being. Namely, a distinction between action and being is not a distinction between a pragmatic and a metaphysical designation. Looking at function does not mean denying ontology; it is in fact the path to encountering it.

When we consider actions, then, we note that while some few special actions of the ordained male priest appear to flow from being persona Christi, the others all flow from the being of the human person, the rational animal, the political animal, the empathetic animal. The capacity to teach and preach is not among the former. People can preach without having to undergo ontological change; that is why, within existing teaching, deacons can do it.

I would like to explore for a minute this idea of action as flowing from being, revealing being, following being, particularly in light of the title of Solenni’s piece. Solenni proposes a “better question” than the question of why women should or shouldn’t be homilists:

Specifically, how does the reality of being a specific sexually differentiated human person—a woman or a man—impact what a person does? Maybe the first question we need to ask is: Does being a woman or a man affect what I do?

Solenni appears in her piece to be distrustful of the idea that gender and sex exist on a spectrum; I recognize that both admit of a wide range of diverse expressions, but I also agree that her question about sexual differentiation is an important one. We need to consider, as Solenni suggests, the extent to which our sexual identity, bodily and otherwise, conditions the meaning and possibility of our actions. If action truly does follow being, then it must. But because sexual difference is not reducible to an A vs B binary, we are in a much more fascinating and diverse world of possibility than can be accounted for simply by saying “men do this, women do that.” We are in a world where it is more fruitful to look at the unique person, the person as imago dei, irreplaceable and unrepeatable.

The person as irreplaceable

Within this world we see that not only every human being, but every human action, is profoundly unique. We can not answer the question of whether it is right and proper for a singular person to perform an action, simply on the basis of reference to sexual difference, because there is not simply one designated field, “men” and another “women,” with appropriate actions slated for each. This is not to say that sexual differentiation is not important, but rather that in order to understand its importance we can’t rely on cheap definitions and easy shortcuts. We must do the work of understanding the person, and the body, and science, and psychology.

Deciding who is or is not capable of preaching should not mean checking off a box marked male or female. It should mean looking at the unique actions of the unique person, how these actions flow from and reveal human dignity, how they actualize the potentiality of the rational soul, how they serve the common good of the faith community.

And because sexual difference is important, I think we can say that there is a whole diverse demographic that has been, over centuries, systematically silenced. We are the ones who bear thechildren, or who bear the burdens of reproductive reality, even unto death – but we are silenced. We are more than half of humanity, more than half the church – but our voices are not deemed worthy to be heard preaching the Gospel in the presence of the Body of Christ.

If there is a better question, how about this one: why?

Why is it so important for them to keep us silent?

What do they have to lose, should we women find our voices? 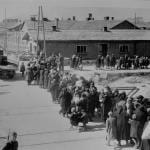 September 8, 2019
A Message to Bishop Rhoades: Take Notice, and Oppose Anti-Semitism
Next Post 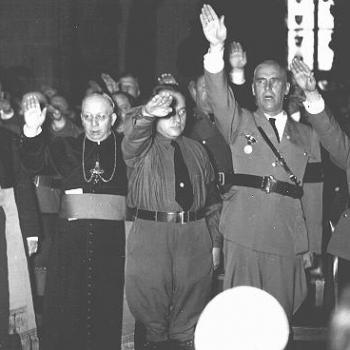