So What If Jesus Wasn’t Poor or a Refugee?

So What If Jesus Wasn’t Poor or a Refugee? December 28, 2019 Rebecca Bratten Weiss 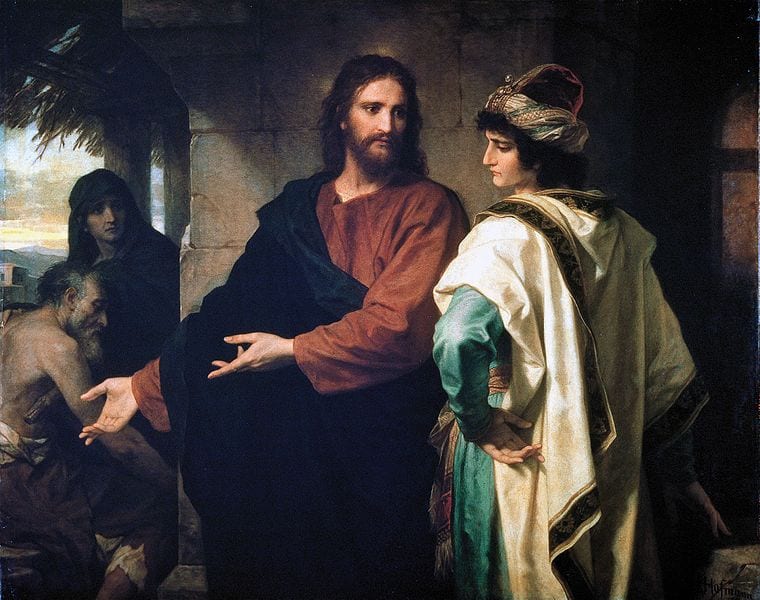 Most of us have grown up with the understanding that Jesus was born into a poor family, and the evidence supports this. A pair of Jews in occupied Palestine, non-citizens of the Roman Empire, would likely have been less than privileged, economically and politically. And we have the evidence that when they went to the Temple for the Presentation, they offered a dove or pigeon, traditionally the option for poorer families who could not afford the usually required lamb for the sacrifice.

On the other hand, there is Paul’s enigmatic statement:

For you know the grace of our Lord Jesus Christ, that though he was rich, yet for your sake he became poor, so that you by his poverty might become rich. – 2 Corinthians 8:9 (ESV)

Which could refer either to material poverty, or to Christ’s deigning to descend as divinity into humanity.

Our idea that Jesus, Mary, and Joseph were poor was not always mainstream, however. In the Middle Ages, with the rise of the mendicant orders challenging the opulent and luxurious lives of popes, bishops, and clergy, a vicious ongoing debate emerged regarding the poverty of Jesus and his followers. While various movements, including the Franciscans, promoted the idea that Jesus was poor and his followers should be likewise, the leaders of the church initially responded with excommunications and even executions for “heresy.”

Yet the old “Jesus was not poor!” mantra, popular among the wealthy and dissolute in medieval church leadership, has been resurrected among white middle-class U.S. right-wingers. Matt Walsh, who regularly promotes a right-wing political agenda and evangelical theology under the guise of Catholic thought, did it again, in response to a tweet by Pete Buttigieg, which referred to Jesus coming into the world poor and as a refugee:

Joseph and Mary went to their ancestral home in Bethlehem for a census. In no sense did Jesus “come into this world as a refugee.” There’s also no reason to think that Joseph was particularly impoverished. So nothing correct about this tweet

Let’s suppose for a moment that Walsh is right, contrary to the evidence of history and the teaching of the church. Let’s suppose that Jesus was actually a well-off fellow born into the family of a prosperous contractor and his lovely elegantly-clad wife. Let’s suppose that the Holy Family was first-century occupied Palestine’s equivalent of a white picket fence suburban family today. Let’s treat the flight into Egypt as a fun vacation. Would it matter?

The fact is, even if Jesus was born into prosperity, even if the Holy Family were never refugees, this does not negate any of Jesus’s teachings on wealth and poverty.

The message remains the same.

Jesus still taught what he taught: a radical message of justice for the oppressed, a vision of a kingdom in which the last go first, the poor and meek are blessed, and we are judged not on our wealth and prestige, but on how we treat the least among us.

He still warned that it is nearly impossible for the rich to enter heaven. He still taught that we should give our excess wealth to those in need, and not to differentiate between our neighbor and the foreigner or stranger. The church’s social teaching, and its preferential option for the poor, based as it is on Jesus’s Gospel message, would remain the same.

If Mary and Joseph had been well-off, we would have to envision Jesus as a prophet, teacher, and healer who left behind his wealth and privilege, traveling from village to village preaching a radical message. By today’s standards, he might look like a “champagne socialist” – might be reviled as a hypocrite for teaching against wealth, and on behalf of the poor and suffering. The same people who mock Greta Thunberg and others who use their privilege on behalf of justice would make memes mocking this boy from a rich family dressed like a peasant, out on the streets annoying the religious leaders, alarming the imperial overlords, and teaching social justice.

The corrupt prelates who persecuted the mendicants wanted to water down the radicality of Jesus’s message. Religious and political leaders try to do the same today, to attempt to appropriate the Gospel as something to be used for power on behalf of the powerful, rather than for justice on behalf of the oppressed. Yearning for physical, real justice – for healing and comfort in the here and now – is dismissed as somehow less sophisticated than an ever-ineffable ever-remote resolution that the powerful can dangle over the weak in the form of spiritual promises. We are manipulated into a position of nihilism masked as religious superiority, shamed for believing justice – like truth – should be in the flesh.

Attempts to erase Jesus’s humble origins are part of this program to defuse the power of the Gospel, but it won’t work. The words are there. The message remains.

December 21, 2019
Christmas Is For Everyone, Not Only the True Believers
Next Post 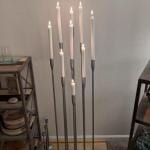 December 30, 2019 It Can Happen Anywhere
Recent Comments
0 | Leave a Comment
Browse Our Archives
get the latest from
suspended in her jar
Sign up for our newsletter
POPULAR AT PATHEOS Catholic
1