Know Your Dogwhistles! Recognizing Anti-Semitism Is the First Step

I have written before about how there is an antisemitism problem among Catholics of the far right. Whether it’s alt-right media personality Patrick Coffin giving a platform to overt antisemites such as E. Michael Jones, or Center for Family and Human Rights president Austin Ruse praising the Proud Boys, or white nationalist John Zmirak defending the phrase “you will not replace us –  whether it’s tabloid media groups such as the Remnant publishing anti-semitic material – whether it’s ongoing and concerted online attacks on Catholics of Jewish ethnicity, by shadowy accounts juxtaposing religious iconography with Pepe the Frog and other alt-right images – well, it’s clear we have a problem.

Yet whenever any of us speak out about this, we are told we are being paranoid, or “seeing anti-semitism everywhere.” We point out dogwhistles – and are told dogwhistles are not real. 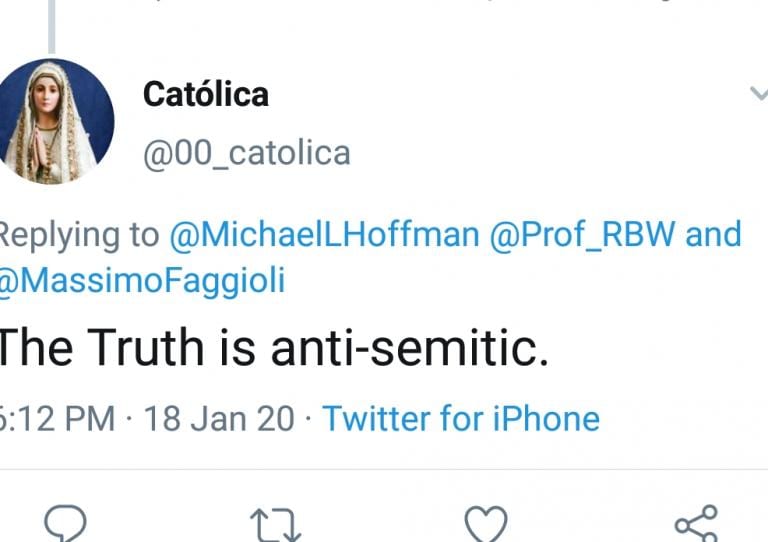 What, you may ask, is a dogwhistle?

It’s a seemingly harmless phrase that is intended to convey racial prejudice to others “in the know.” This is how racists and anti-semites manage to communicate with one another in plain sight. This is also how they manage to recruit the naive – or, at least, get the naive to defend them. Especially if the dogwhistles are connected with noble-sounding language about honor or family or community, it looks as though we Jews are just getting hysterical over nothing, attacking decent people. Because that’s another way racists and anti-semites function to achieve influence: by being “nice people.”

As long as we continue to think that being a nice person is the same as being a good person – as long as we continue to believe that all racists are toothless hicks, sinister Nazis, or mobs in hoods sweeping in to burn crosses – as long as we forget that racism has often not only coexisted with but coopted respectability – we will not be able to combat movements of hatred. We need to be able to see these movements and stop them while they still feel obliged to be subtle.

Understanding a dogwhistle often requires an understanding of history, specifically of historical movements and trends connected with racism and antisemitism.  Contrary to what our critics accuse us of, we are not simply making up claims of antisemitism out of thin air. We are referencing specific events and ideologies.

When we understand the origins of the terms we see much more about how deeply rooted antisemitism of various sorts has been in our civilization, and the kind of work needed to uproot it.

We need to be alert for such things as “blood libel” – the disgusting tradition of accusing Jewish communities of ritual murder or other shadowy crimes.

Representations of Jews as subhuman, creatures or monsters, or according to hateful stereotypes, are part of a system of dogwhistling. Even when the emphasis is not on the Jewishness of the target – it could be a cartoon of “evil global bankers” with suspiciously stereotypical “Jewish” features.

Look out for “echoing” – that is, referencing names of Jewish people in a set of parentheses, making it hard for search engines to locate. This was done to me (((Rebecca Weiss))) in a Facebook group specifically for right-wing catholics. Several prominent Catholic media personalities were in that group. 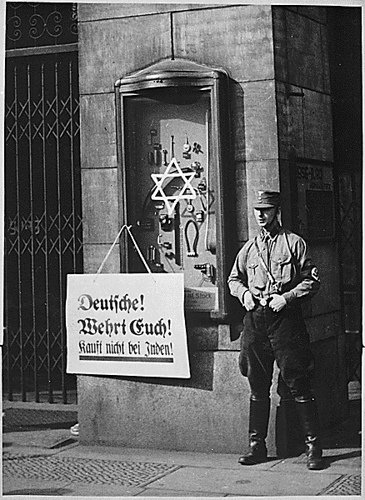 References to Globalism, and the New World Order, are intended to signal conspiracy theories about networks of Jewish dominance. This also often connected to ominous references to famous Jewish figures such as George Soros, Saul Alinsky, or the Rothchilds.

Signalling out individual Jews who have in fact been guilty of evil behavior – Harvey Weinstein, for instance – and focusing on their Jewishness, is also a common dogwhistle.

Watch out, also, when accusations of “Zionism” go beyond criticizing the extremism of the modern Nation of Israel, and bleed over into assertions that all Jews are striving for extremist dominance, or Israel has no right to exist at all.

Beware of the lofty rhetoric about “the West” or “decline of the West” or “we must defend the West” or “Western values.” These too have been used, historically, to cast blame on Jews for cultural disintegration, or to justify ethno-nationalist states.

Often, anti-semites will distinguish between “real Jews” (the ones in the Old Testament, whom they might even like) and the “fake Jews” of the diaspora.

Among Christians, it is common to hear antisemitic claims that the persecution of the Jews is our punishment for “killing Christ.” A frequent dogwhistle is that the Jewish covenant has been abolished by a new Covenant, that Jews are clinging to a religion that can not “save” them, that Jews will be damned, unless they are converted from their empty and futile faith. Christian antisemites will often reference supposed passages in the Talmud to make their points about the depravity of Jewishness.

Is everyone who says these things actually an antisemite?

It is possible that some people repeat these dogwhistles in innocence, but in so doing they bolster up a construct of hate that serves the purposes of overt anti-semites, white nationalists, fascists, and the alt right. Knowledge, in this case, is important. We need not view everyone who uses these terms as an actual anti-semite, but we should feel obliged gently to educate them about the reality of the language they are using, and the actual agenda that it serves.

January 17, 2020
We Need To Talk About Sexism In Politics
Next Post

January 23, 2020 Trump's Attendance At the March For Life Is Significant - But Not In the Way His Supporters Claim
Recent Comments
0 | Leave a Comment
Browse Our Archives
Follow Us!

Catholic
On Retiring Happy and Still Perplexed
suspended in her jar

Catholic
Yes, White People Need to Say Something About...
suspended in her jar
TRENDING AT PATHEOS Catholic

Reflection: Draw Close To The Lord In Tough...
Look to the LORD in his strength; seek to serve him constantly....
view all Catholic blogs
What Are Your Thoughts?leave a comment
Copyright 2008-2020, Patheos. All rights reserved.