The Demand to Open Churches Is the Opposite of Christ-Like

The Demand to Open Churches Is the Opposite of Christ-Like May 25, 2020 Rebecca Bratten Weiss

“I like your Christ. I do not like your Christians” is a statement commonly attributed to Mahatma Ghandi, though there appears to be no evidence that he actually said it. The popularity of the quotation, fake or not, is revealing: Christians have done a very poor job, in the two millennia since Christ, of living out his teachings. Of course, it is easy for us to look back on the failures of the Jesus-followers from the very beginning, when they denied and abandoned their leader in the hour of his torment – through the scandals of the Crusades, Inquisitions, witch-burnings, religious wars, colonization, and slavery – and say “well, it’s the human element. The church is a human as well as a divine institution, so there will always be original sin.”

When we see the profound moral failure of Christian communities happening right in front of us, it is harder to shrug off. I know many who have lost their faith and left their congregations because of their churches’ utter capitulation to the cult of Trump, and their co-religionists’ excuses for his morally despicable behavior.

And I can not blame them. As Teresa of Avila said:

Those who leave the churches do so not in abandonment of Christ, but in search of him – because those in their churches have not been Christ to them. Whether they are right or wrong to seek elsewhere is a different matter; what can not be debated is that this kind of abandonment of religion is itself motivated by a deeply religious sense – a search for holiness, and for community.

Now in the middle of a pandemic when world health guidelines demand that we limit gatherings even of small groups in indoor spaces, Christians are throwing tantrums because they can’t have their rituals of worship exactly the way they like them. I saw a post from a well-known Catholic social media personality, yesterday, ranting about the “persecution” they were enduring, due to the simple requirement that she give her basic information, for the purpose of contact tracing, before going to confession. Contact tracing has been shown to be extremely important in limiting the spread of COVID-19, and therefore an essential requirement if we are going to open up any kind of public activities safely. Everyone is subjected to it – yet, apparently, asking a Christian to live by the same standards of public health and moral decency as everyone else, is now persecution.

There is a dark comedy in the spectacle Christians now demanding that their churches be re-opened, and that they have constant unregulated access to the sacraments, even though it may lead to the further spread of a deadly virus. They insist that they must have the right to worship and partake in the sacraments, or the grace of God will not be within them, yet if there is any whiff of divine grace about their actions, I can not detect it. They demand that they have access to Jesus, but there is nothing about their behavior that is in any way Christ-like.

Jesus taught that we should love our neighbor as ourselves – but is it loving to put your neighbor in danger of death?

Jesus taught that the meek shall inherit the earth – but how is it meek to clamor loudly for privileges that are not granted to non-religious citizens?

Jesus taught that we ought to be willing to die for him. Yet here we see his followers – again, and again, throughout history – taking this to mean that they should be willing to kill for him.

Maybe the ones who are walking away are just as desperate to find Jesus – the Jesus who healed, and consoled, and taught truth and justice. 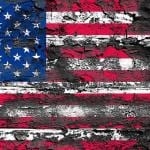 June 4, 2020 Yes, White People Need to Say Something About Racial Issues - But We Don't Need to Say a Whole Lot
Recent Comments
0 | Leave a Comment
Browse Our Archives
get the latest from
Catholic
Sign up for our newsletter
POPULAR AT PATHEOS Catholic
1