The Value and Necessity of Inter-Religious Dialogue 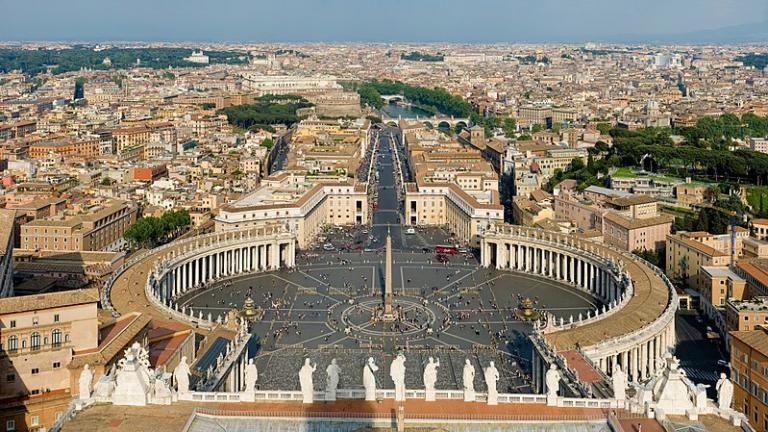 What has been going on with ecumenical and inter-religious dialogue?

A fifty year attempt to arrive at a mutual and just understanding among religions, a “just love” as Sr. Margaret Farley might call it. Actually, we could trace the roots of this attempt back one hundred and fifty years to the American Protestant ecumenical movement of the 19th century, a movement aimed at a union of Protestant Christians who were worried about American Protestants splintering into hundreds (by now thousands) of denominations. Catholics weren’t invited to participate, in principle because Catholics weren’t Christians in the view of many 19th century Protestants. For their part, Catholics wouldn’t have joined the movement anyway because they already were the One True Church and didn’t want to talk to people who didn’t recognize that fact.  The only “ecumenism” Catholics would recognize at the time was conversion to the one, true Church and submission to the Holy Father and his local representatives.

Serious and public dialogue among Christian churches, now including the Roman Catholic Church and the Eastern Orthodox Churches, began after the Second World War, some seventy years ago. Simultaneously Christians began talking with Jews and with leading figures of other religions such as Hinduism and Buddhism.  Why then?

Let me offer an hypothesis.

World War II caused an immense psychological and spiritual shock. Hundreds upon hundreds of millions of people saw and felt evil incarnate.  We do remember the military and civilian casualties but we sometimes forget that the human minds and hearts of the survivors of the war were often broken and  often changed for the good.  My generation and my father’s (the latter called by Tom Brokaw ‘the greatest generation’) were shaken not only by the physical devastation of most of Europe and the Soviet Union but by the extent, the effects and the depth of nationalist, racial and class prejudices, prejudices buried deep in the Western Christian psyche. We saw where hate-filled images and inherited beliefs lead when fascists and communists manipulated them. They led,, by some estimates, to 70 million deaths in the war and perhaps 50 million more in the class wars in the Soviet Union and Communist China, and that is a conservative estimate. During the war, six million  Jews (plus millions of Slavs and Poles) were destroyed simply because they were Jews. Think of the 20 million Soviet soldiers and civilians killed by the Wehrmacht and the million and a half Wehrmacht soldiers killed in the drive for Berlin in 1945,  and the hundreds of thousands of German and Japanese civilians obliterated by deliberate allied carpet bombing of cities.   Think of Hiroshima and Nagasaki.  Compared to this calculated slaughter of 100,000,000 over thirty or so years, killers like Attila the Hun and Genghis Kahn were Sisters of Mercy. Catholic leaders especially were stunned by all this for at least three good empirical (as distinct from ideal or spiritual) reasons.

First, Catholic leaders realized that once Hitler eliminated the Jews and Slavs, the Christian churches were next, especially the Roman Catholic Church because of its internationalist, “cosmopolitan,” racially mongrel profile.  Hitler’s manipulation and persecution of Catholics in Germany and elsewhere would have become a permanent and prominent feature of a European Nazi Reich.

Second, before and during the war large numbers of German Catholics, and Catholics and Orthodox in eastern European countries, became willing and indeed sometimes fanatical instruments of Nazi tyranny and racism. Hitler himself was a Catholic along with Himmler,  Goebbels and Heydrich. In 1938 22.7 percent of the SS were practicing Catholics and possibly as large a number practicing Lutherans.[1] How could church leaders have allowed this to happen and how could church leaders make it unlikely to happen again?  The churches not only allowed it, they prepared the European psychology for it; and they could only make it unlikely by closing the very doors they had opened.

Third, many Catholic leaders realized that the historical Catholic religious hatred of Jews had fed the wide and deep underground river of European xenophobia and anti-Semitism that surfaced in Nazi secular racism.  As Hitler told one of the German Catholic bishops in 1933 “As for the Jews I am just carrying on the same policy which the Catholic church had adopted for 1500 years.”[2]

The shock of the racism-inspired murder of millions forced the realization on Catholics, Protestants and Jews that they had better start talking to one another, at first over the back fence and then in a fifty year public religious block party of conversation and argument that has been going on since. For Catholics the conversation came to a head at the second Vatican Council with the passage of a short document called Nostra aetate (“In our time”) in which the bishops and the pope renounced the traditional Catholic/Christian common teaching that “the accursed Jews killed Christ” and called for respectful relations of Catholics with Jews and members of the major world religions including Islam. This was the most controversial document at the Council. Hatred dies hard, and so does devotion to what we thought and taught in the past. Hatred of Jews still lives in the hearts of many Christians.

That, in a nut shell, is what I think is behind the ecumenical movement among Christians in Europe and the US, and the behind the intense inter-religious dialogue between Christians and Jews which still to this day grabs headlines.

Finally, let me return to the initial question: what is the point of inter-religious dialogue?

There are three points that I can state simply and directly:

The first is this: a web of understanding and kindness is being spun, a web that includes Christians and Jews, but also Muslims as well as Buddhists and Hindus.  “Never again,” cried Pope Paul VI to the U.N. General Assembly twenty years after the war.  “Never again war!” He meant that never again for any human community on the earth should the madness be permitted.   It is love, human inter-connectedness, that drives the demons out.

The second is the health of our civic community and the freedom and character of its culture. Without religious dialogue our nation’s civic life is Balkanized, and churches, mosques, synagogues and temples are fortresses rather than passageways. If so, our civic, political and cultural life will be inevitably blind-sided and the demons will reemerge.

The third point of dialogue is the health of the religious communities themselves. Religious communities, whatever else they are about, are about love, hope and faith. They are NOT about xenophobia and turf struggles – or at least they shouldn’t be, no matter how often religions have been twisted into them.  Xenophobia and tribalism are the demons to be exorcized in all our religious communities. Religions are at their best when they take the high and bumpy road to mutual understanding and respect rather than the easy road to mutual ignorance and rejection. Too often our religious communities have taken that easy road. Too often they have served nations and peoples rather than justice and mercy.  Jesus himself, echoing other religious teachers, spoke of about narrow and rising roads that lead to the Kingdom,  and the wide and sloping roads that lead to destruction. (Mt.7: 13-14).

We can never again stand on the sidelines when hatred threatens to destroy human beings. We can never claim ignorance again. If we do not continue vigorously on the path to mutual understanding,  to sobornost, our world will end. 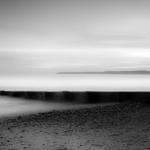