We Are All Called To Question Within Our Faith Tradition

We Are All Called To Question Within Our Faith Tradition October 4, 2020 Guest Contributor

I believe a lot. “I believe in God, the Father Almighty, creator of heaven and earth…” In the act of believing I’m claiming that this is true. Not a proposal, a suggestion or a thought, rather a claim: There IS a Father Almighty, creator… How did it come about that I believe this? On what basis? Do I know that there is such a God?  No, I don’t. I know there is God, what the philosopher Thomas Aquinas named Ipsum Esse, “to be Itself,” but what kind of God this is,  by myself I know not.  Some Catholic theologians may well disagree with me on this point, but I with the use of my limited reason haven’t been able to answer the question, “What kind of God?”  Or what is God up to? That I didn’t “figure out” (reason) on my own. I still haven’t. Perhaps you can but I cannot.

What kind of God wills the death of his Son? What kind of God allows the Holocaust? What kind of God sits by while 168 lives are taken by the poor Terry McVeigh, may they all rest in peace? As one of my more insightful colleagues put it a couple of decades ago: “If God exists, He’s out to lunch!”

But In fact I’ve been told that our almighty God is a father, a creator of heaven and earth, and that I can and should believe it. I was told about it by some who, it happens, also believe it to be true, claims it as true. Jews tell me this, my church tells me this. A two thousand year old collection of writings tells me, my own father and mother told me this. At bottom, Jesus of Nazareth tells me this.  I believe them all.  And the Christians tell me that Jesus is His ‘Son’ and that there is a divine Spirit who is the breath and wisdom and presence of God in the church and in my heart and mind. I am to say ‘Amen!’ to this, and tell all those who will listen just as my community tells me. So I tell you today that there is a Father who is closer to you than your own suffering. Prove it, you say?  I say, check your own longings and believe what you long for. Hope it. Love. And don’t despair. Watch what happened on Golgotha and in the rocky tomb and don’t despair. Listen to the Christian churches.

This is the Tradition I wrote about in my last post.  Declaring it is the preeminent  job of  the church. There are many  thousands of traditions in many churches but they don’t rank with this. This is named kerygma by Paul, the “good news.”  Jesus himself said:  “Repent and believe the Good News.” If we don’t do so, the church has no meaning, whatever else it may be about.

Faith is the gift of God which makes belief actual rather than simply possible, and the church   is the community of actual faith. First we are able to trust in the gospel and the Lord who speaks it, and then traditions (communal believing and beliefs) make sense inso far as they stack up well against the original gospel. Try this, for example, with the contested Marian dogmas and doctrines of the most ancient churches. In a test of beliefs, ask: does what Catholic and Orthodox churches teach about Mary make sense?  When  newer western Christian churches tell us that praying to Mary is idolatry, does that protesting tradition make sense?  Does the  Catholic doctrinal tradition about transformation of bread and wine at the Supper make sense? Do and how do the sacraments make sense in a Christian life which trusts in the Gospel and the teachings of the Lord?  What sense do meatless Fridays, confessing sins to a church official, pilgrimages,  scapulars and indulgences make? Prayer to saints? And all the contested doctrines and practices (traditions) that have been important in the history of the Christian churches? How do they stack up  against the kerygma? And are they worth dividing the churches over?

Not only do we learn by asking these questions, but the church communities themselves learn. Christians (churches) have our traditions of practice and belief and we are all responsible for our “life in Christ.” Not just the leaders, not just the theologians, but all Christians are called to ponder and explore the history and meaning of our beliefs and practices. We all sort out our traditions in the light of faith and in the context of the church, and we do it individually and in common. Testing, evaluating, discerning is what reason is for. We are all called not only to trust and to believe but also to think within the context of faith and belief. And, finally, we are meant to think about faith and belief and practice in a context of a “world” that seems not to have faith and  does not believe as we do, and ask what sense it makes to believe and live in a “world” that, it seems, does neither. The church is not an impenetrable bubble. Reason is no outsider to religious faith, it is intrinsic to it.  The churches’ history is to a large extent the story of creating and winnowing its beliefs and practices reasonably in addition to its primary feature of proclamation of the Gospel and celebrating it.  Think of what went on in the Reformation and at Trent, and especially at Vatican II when the western world was no longer Catholic or even Christian!

Past posts of mine, especially those which have to do with atheism, are examples of my own trying to understand (reason) both my own sometimes timorous beliefs and trust,  and to understand the absence of the struggle with faith and belief that atheists claim.  From years of wondering and pondering I conclude that genuine atheism, if it exists at all, is as rare as the platypus, in part because I believe that the gift of faith is given to every human being as part of being human. Belief is another issue, and I think that faith is universal in human beings but belief is particular historically.  I also think that faith can and does exist in us without our knowing that it does. I think that faith (and reason in fact!) drives every human being toward God even if the person does not know God or believe in God. The seed is there. Karl Rahner wrote about “anonymous Christianity.” I would prefer ‘anonymous religiosity’ but I get his point. The articulation of this universal faith takes myriad forms of belief and practice but some belief and practice is inevitable, even in atheists, if we are lucky enough to survive our almost powerful instinct toward negation with its plaintive cry “Prove it!”

September 27, 2020
Theological Foundations, and the Importance of Tradition
Next Post 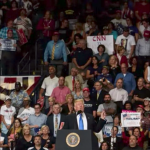