“There are *Four* Lights”: Trump and the Gaslighting of America

“There are *Four* Lights”: Trump and the Gaslighting of America October 6, 2020 Guest Contributor

If you were a fan of Star Trek: The Next Generation  (TNG), as I was, you probably remember a popular two-part episode called “Chain of Command.”  Widely regarded as one of the greatest TNG episodes of all time, it aired during the show’s sixth season (in December 1992).  (The plot of this episode was used to set up the premise for the series  Star Trek: Deep Space Nine, which premiered about a month later.)  A quick plot summary is in order for those who may not be familiar with the episode.  In Part I, the Federation receives an intelligence report that the Cardassians are developing a genetically engineered virus on an uninhabited planet. Captain Jean Luc Picard, Lieutenant Worf, and Dr, Beverly Crusher are sent on a mission to Celtris III to infiltrate and destroy the weapon.  (Captain Edward Jellico assumes command of the starship Enterprise, and his personality conflict with Commander William Riker is a whole separate subplot.)  The intelligence turns out to be false—a ruse intended solely to lure Picard to Celtris III.  Worf and Crusher escape, but Picard is captured.

Part II focuses on Picard’s torture at the hands of the Cardassian Gul Madred, trying to get him to reveal information about the Federation’s plans on a nearby planet of strategic importance.  Madred uses  all kinds of psychological tactics on Picard including  sensory deprivation, sensory bombardment, forced nakedness, stress positions, dehydration, starvation, physical pain, and cultural humiliation.  What I remembered the most (before looking up other episode details via Wikipedia) was that Madred repeatedly shined four bright lights in Picard’s face—but tried to convince him that there were five.  (I also learned that these scenes were an homage to the novel 1984, where a similar scene plays out.) Picard suffers excruciating pain each time he refuses to say he sees five lights.  Toward the end of the episode, Madred offers to set him free to live out his life in peace and comfort on Cardassia.  All he has to do is say that he sees five lights.  Just when it seems all hope is lost for Picard, a Cardassian officer enters the room and informs Madred that, per terms of an agreement between Cardassia and the Federation, Picard must be set free.

As Picard staggers out of the room after his rescue, he is completely worn down from days of torture.  But somehow he finds the strength to look Madred directly in the eye and defiantly says:  “There.. are… FOUR… lights!”

Later, when Picard is safely back aboard the Enterprise, he confides to Counselor Deanna Troi that he got to a point where the pain was so overwhelming that he seriously considered accepting Madred’s offer.  Worse yet, by the end of his ordeal there was a brief moment when he actually thought he saw five lights.

How many of us could relate to Captain Picard that as we watched the first Presidential Debate?  Isn’t Tom Nichols, International Affairs Officer, right when he said: “The President is engaging in psychological warfare against  the American people—as tin-pot dictators do.”

What happened at the debate is really nothing out of the ordinary for President Trump.  Whenever I listen to him speak or I read the latest posts from the Commander in Tweet,  I can’t help but think of the exchanges between Picard and Madred in “Chain of Command.”  Fearmongering, anti-intellectualism, hate-speech, and other abusive bullying tactics seem to come as naturally to President Trump as breathing.

Torture is defined as when someone in an official capacity inflicts severe mental or physical pain or suffering on somebody else for a specific purpose.  Given that definition, I don’t think I exaggerate too much when I say that that for those with any progressive values whatsoever, the last four years under President Trump have seemed like torture.

Day after day, through a variety of modern media outlets, the President has used his “bully pulpit” to try and convince the American people that there are FIVE lights.

A certain percentage of the American people seem to accept this “five-light” version of reality as gospel.  No matter how vile or outrageous his words—or how they contradict what he said just yesterday—Trump’s base continues to march in lock-step with him—including the Proud Boys, the White Supremacist group he mentioned by name during the debate and told to, “stand by,.” as if they might be needed for an armed uprising if the election doesn’t go his way.

Meanwhile, the rest of us—I’d like to believe the majority of Americans—are fighting hard to resist giving in to “five-light” reality.  We try to counter his rhetoric with the cold, hard,  “four-light” facts as best we can.  We believe that  Jesus was right when he said the truth would set us free.  But we also wonder:  How long, O Lord?  How long must we remain in bondage?

Joe Biden (and moderator Chris Wallace) experienced firsthand how hard it is to endure an hour-and-a-half barrage Trump’s lies and nonstop verbal bullying.  I thought author and theologian Diana Butler-Bass described it well in a post she wrote a few days after the debate.  “Donald Trump weaponized words, intending to ‘break the spirit’ of Joe Biden, of Chris Wallace, of those watching, and even of America’s democratic traditions. Not only was it mean and rude and unfair and cruel, but most of us intuited that the verbal violence was sinful. It was a purposeful exercise in evil.”

Biden’s exasperated, “Will you shut up, man,” reminded me of Picard’s defiant: “there are FOUR lights!”   it was as if he was saying: No,  Mr. President, no matter how much you talk over me and spout out nonsense, you can’t change the reality of who you are and what you have done (and failed to do).  Some seemed offended that the former Vice President called the President of the United States a “clown.”  What word would you have chosen?  If Trump wants respect, he should respect the office to which he was elected—and ALL the people in our nation, not just the ones that support him.

Trump’s “five-light” propaganda machine broadcasts its message 24–7. Pick any topic, e.g., COVID-19,[1] climate change, systemic racism, the economy, foreign affairs—and Trump, his spin-jitsu-masters, and the de facto state-run media (a.k.a., Fox News) have a whole list of creative talking points to rattle off.   It’s hard to endure and persevere day after day.  We are human after all; we get tired and worn down.  Even though we know at the very core of our being that there are only four lights, the constant stream of deception can make it seem like there are five.

I confess there have been moments when I have waivered just like Joe Biden did.  It might have been just for an instant, but the crack appeared, and the question crept into my mind:  “Wait. Is Trump right?  Do I actually see a fifth light?” It’s so hard to tell for sure amidst the flickering gaslight and clouds of deception that constantly surround this President.  The goal is to wear us down and make us question what we know is true!   And sometimes it works!

Now, to be clear, I don’t think that any candidate for office is a true savior for us.  My personal belief is that only Jesus Christ fulfills this role in our lives.  But, Lord knows, if the American people ever needed a political messiah to save us, it’s now. I realize Joe Biden is far from perfect—then again neither was King David (read his story sometime)—but he’s clearly the best hope to rescue our nation from thralldom to Donald Trump’s  “five-light” reality before it’s too late.  And I personally think he might just be what this nation needs right now.  I think Fatherly Joe might be able to help us heal—and make no mistake we need healing.  Perhaps he’d be a bridge toward an even more progressive future, which is what many of us hope.

In the meantime, for the next month before the election—and for as long as it takes after that—we have to keep reminding ourselves and each other of what’s true.  No matter how painful the punishment for refusing to yield to the false “five-light” narrative spewed by Trump and his conservative friends is, we must continue to resist and boldly proclaim: There… are… FOUR… lights!

I for one hope America sends that message it loud and clear on Election Day.

[1] I wrote this a few days before the President’s diagnosis with COVID-19.  It remains to be seen if this turn of events will change pierce the “five-light” façade in any significant way.  Early indications, however, are that he intends to return to business as usual as soon as he can—perhaps earlier than is medically prudent.

About Alan Ward
Alan Ward loves to tell stories. He lives every day at the nexus of science and faith—a NASA scientist who is the spouse of a United Methodist pastor. He lives in Waldorf, MD, with his wife Laurie, son Brady (14), and daughter Becca (12). He blogs at https://bigalscorner.blogspot.com. You can read more about the author here.
Previous Post 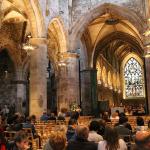 October 4, 2020
We Are All Called To Question Within Our Faith Tradition
Next Post 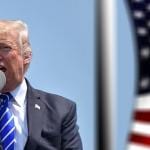