Being Thankful When You Do Not Understand

Being Thankful When You Do Not Understand November 20, 2020 Guest Contributor

As the tradition in most Romanian churches at Thanksgiving is, people gather together to thank God for their blessings. While the testimonies follow a common pattern—words of thanksgiving and stories about God’s work in their lives—what makes me ponder is that I have never heard anyone on a Thanksgiving Day expressing her/his struggle with being thankful. Considering that on the Thanksgiving Day there are so many people who struggle and suffer innocently and with no reasons connected with them directly, should we celebrate our victories without thinking of our brothers and sisters who are struggling with the burdens of life more than us?

The disturbing truth is that, although most Christians claim to care of those who suffer and are marginalized, the reality is different and cannot be easily dismissed. People are so much captivated by their own affairs and lives that they have no time to think about their neighbors. The Bible tells us to be doers of the Word (James 1:22), but we feel comfortable to preach and teach. And while to be concerned with yourself seems most normal, considering that life is a struggle and a competition without an end, the second most important commandment in the Bible is to “love your neighbor like yourself.” (Mark 12:31).

This year, I thank God for my confusion and inability to understand Him. There is (at least) one benefit in my confusion: it draws me near God. Indeed, on this Thanksgiving, my only consolation is in the darkness of God and in His radiant light which blinds anyone who tries to understand Him. The inability to understand God and Christianity (i.e., people who claim to worship and follow God) as I would have liked, humbles me, strengthens my faith, and gives me more desire to be kind and to love.

I am very grateful to God whom, for many reasons, I really do not understand: I am thankful for my wife and daughter, larger family, students, colleagues, church, people, nature. They all contribute to who I am today: a man of faith seeking understanding.

However, my thankfulness is troubled by questions which prevent me from enjoying fully the Thanksgiving Day. In fact, this is not a new feeling; it is something which I have experienced for many years. How can I enjoy fully knowing that so many people—innocent children who suffer hunger and are lacking the basic necessities of life, people who die in wars that are not theirs, innocent people unjustly convicted in courts of law, people who suffer for reasons that do not depend on them—suffer today? Should I just ignore them on this Thanksgiving Day? Can my conscience enjoy this day without asking some questions about God and his ability to take care of His creatures? The answer is no.

Frederick Douglass’s fierce critique of America and American Christianity comes to my mind:

“I hear the mournful wail of millions whose chains, heavy and grievous yesterday, are, today, rendered more intolerable by the jubilee shouts that reach them…. To forget them, to pass lightly over their wrongs, and to chime in with the popular theme, would be treason most scandalous and shocking, and would make me a reproach before God and the world. My subject, then fellow citizens, is American slavery.” (Narrative of the Life of Frederick Douglass)

Douglass’s theme, as it is clear from the text, was slavery, but his thoughts are so pertinent in our days: should we forget at this Thanksgiving those who suffer without much hope? Can we happily and with a clear conscience celebrate at this Thanksgiving knowing that many people, God’s children, are displaced, alone and suffering?

Although I am confused by so many things which I do not understand, I have learned to deal with it. In fact, I am more and more convinced that the problem is not God but the Christians. God is not responsible for those who pass through difficult times and have not many reasons to be thankful today, no, people are responsible for the misery that trouble so many innocent children and people of our society. According to Dietrich Bonhoeffer, who was surprised by a Christianity which compromised itself and did not do anything to oppose Hitler, “God is being pushed more and more out of life, losing more and more ground.” The working hypothesis called “God” should be given up by intellectually honest people: “We are moving toward a completely religionless time; people as they are now simply cannot be religious anymore. Even those who honestly describe themselves as ‘religious’ do not in the least act up to it.” (Letters and Papers from Prison) According to Friedrich Nietzsche, who is often misunderstood, we (people) killed God. And when he said, “God is dead,” he expressed a tragic reality: without God life is tragic and meaningless (The Gay Science).

What do we do with what the Bible teaches us? Salvation certainly does not refer to an after-life community. John Wesley is especially concerned to underline that it begins here on earth, and it implies a total redirection of values. According to Jesus, the entire Bible can be summarized in two commandments: “You shall love the Lord your God with all your heart, and with all your soul, and with all your strength, and with all your mind; and your neighbor as yourself.” (Matthew 22: 37-40) In a word, it means community, and not just the immediate community but the community of all people and God’s creation. In the Parable of Good Samaritan, Jesus ties salvation to these two commandments: “Do this, and you live,” Jesus tells the teacher of the law who had inquired about salvation. (Luke 10:28) Jesus tells us that the person who loves the neighbor is someone who helps those who cannot helped themselves. In this case, the person who loves the neighbor, the sick man fallen on the side of the road, was not the priest or the Levite, people well-positioned socially and financially in society, but a despised Samaritan. Seeing the fallen and needy man, he spends his money to help him recover. After telling this story, Jesus responded to the teacher of the law who had inquired about the inheritance of eternal life, “Go and do likewise.” (Like 10:37) These words of Jesus are certainly valid for us today too. They are a critique of religious passivity. It was not the organized church—i.e., the priest or the Levite—who rescued the suffering man, but a despised Samaritan, a member of the church of these who care and love.

Not showing concern in the less fortunate people tells us what our relationship with God is. A community of Christians who are the body of Christ cannot be happy and at peace when brothers and members of the same body suffer. We should not celebrate happily when the suffering of people in the body of Christ—and in the world—seems unsolvable; it certainly causes at least a general discomfort of the body if not a severe trauma that renders it unable to function properly.

It is completely fine to not to be completely thankful; thankfulness is a divine thing and something which will not be complete while on earth. Jesus’s life is not one which we would characterize as a life of thankfulness. Indeed, his mission was to change and renew a religious people who had forgotten to love God and the neighbor. While he thanked God, he cleaned the Temple because he was not pleased with the spiritual life in God’s Temple. Before his death, Jesus said, “I am deeply grieved, even to death.” He also seems to be reluctant to accept the cross: “If it is possible, let this cup pass from me.” (Matthew 26:38-39) He accepted God’s will but did not thank Him for his sufferings and death. We cannot say that Paul was an entirely thankful man: he always tried to fix the issues in his life according to his will. Yes, he thanked God many times, but it seems that he was in a continuous struggle and controversies with his opponents. We must thank God, but we cannot be happy when things function against God’s design.

My confusion is due to so many things which I do not understand. As mentioned, I do thank God because of the darkness and/or the dazzling rays that blind me; this darkness certainly draws me closer and closer to God. But this does not prevent me from being sad that there are so many people at this Thanksgiving that suffer innocently. I am also sorrowed because the so-called “body of Christ” is far from being what it claims to be. Of course, on earth, the body of Christ cannot be perfect; Jesus Himself was troubled by what any human being is troubled, but he unceasingly tried to change society according to the rules of God’s kingdom. I am very thankful to God for everything—family, friends, church, society—but my thankfulness is shadowed by the fact that we are doing too little to change out society according to God’s standards. 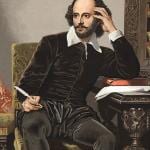 November 14, 2020
The Real Significance of Writing King Lear in Quarantine
Next Post