A Martyrdom Of Our Own Making

A Martyrdom Of Our Own Making January 7, 2021 Guest Contributor 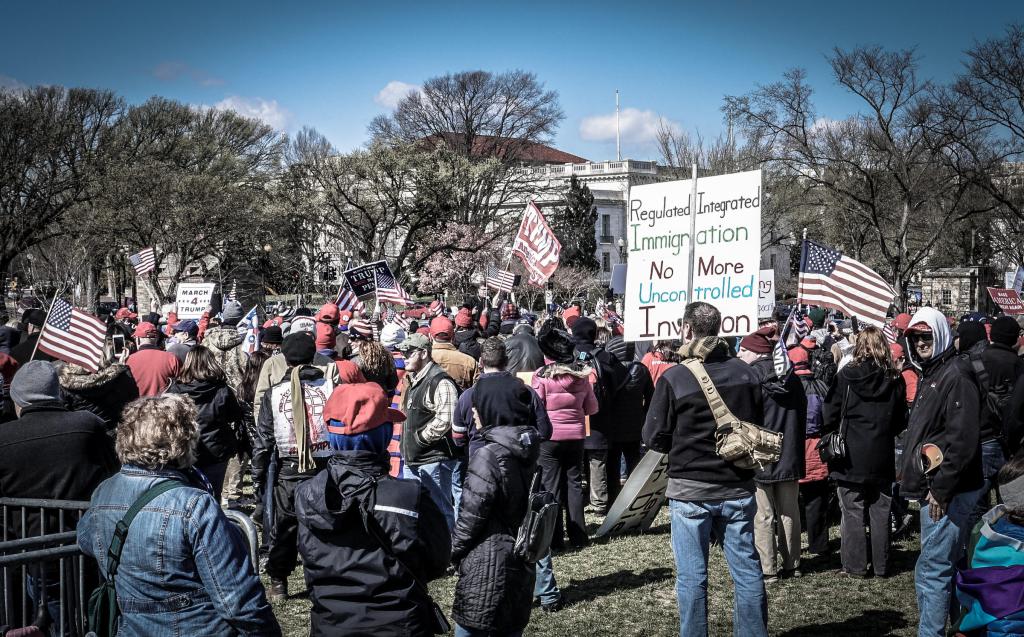 I am watching MAGA crowds gathering and advancing on the United States Capitol. In the crowd are flags and signs, among them one that says “Jesus Saves.” This movement has reached alarming heights and it is sickeningly done in the name of Christ.

On December 28th, President Trump published a statement about the martyrdom of Thomas Becket. He highlighted the importance of religious freedom, and stated that, “As Americans, we were first united by our belief that “rebellion to tyrants is obedience to God” and that defending liberty is more important than life itself.” This statement is undoubtedly directed to the many American Christians who are feeling persecuted, and who fear that the left will launch a full scale persecution of Christianity in the US, and now they are answering the president’s call to rise up and fight against it.

On the one hand, I can see how many Christians have come to a place of fearing persecution, but today it is incredibly evident that this fight has drifted off course, people have been deceived, and now they are being dangerous.

This movement will result in a self-fulfilling prophecy.

I was raised on Voice of the Martyrs. I knew the story of Jim Elliot. I heard the stories of the persecuted church in China. I was in 9th grade, 1 hour south of Columbine high school when the largest school shooting in American history to date happened there in 1999. All of the youth pastors were asking the same question, “What would you do if a gunman stormed in and asked you to deny Christ?” We all wanted to stand up faithfully like Cassy Bernall did that day.

Those who grew up in evangelical circles like me have been shaped by the same romanticized notions of persecution. We were also instructed to be thankful for the USA, where, if we are careful to elect Christian leaders, persecution will never be the reality here. Those Christian leaders were always members of the Republican Party. In fact, it wasn’t until college that I realized Christians could be something other than Republicans. It dawned on me after I naively prayed that Bush would win the election and heard a derisive expulsion of air from a classmate who I knew was a faithful person. Embarrassingly, I was shocked that anyone could be praying for a democrat to win.

Whatever Republicans have been for or against, has echoes in American Christianity to be for or against the same things. One could try and say it’s the other way around. After all, Republicans often won running on “Christian values” that they supposedly held personally. Being against abortion is clearly in line with “thou shalt not kill.” But, Republicans have also been well known for being in favor of unfettered gun rights, which doesn’t resemble any tenet of the Christian faith that I know about. Nevertheless, Christians are now vehement defenders of unfettered gun rights.

If a gunman enters our church today, he won’t have time to question our faithful allegiance. He will be taken out by a concealed firearm before he has a chance.

Fast forward through the fermentation of these ideals through the fear-mongering and polarization of our political parties over the last 20 years, and here we are. It’s the start of 2021, and we have had 4 very rocky political years with Trump as president. The nuances of political discussion are no longer given any time for consideration. Everything has been reduced to simplistic polar opposites.

In this simplistic perception of reality, Christians are republican, republicans are like Trump, and they are storming the capital of the United States. Regardless of what the nuances of reality may say, and exceptions that exist- the truth is that the world now associates the actions and beliefs of Trumpian Republicanism with Christianity. The strong history of the connection of Evangelicalism and Republicanism have only been strengthened by outspoken faith leaders vehemently clinging to Trump as the savior of western culture and thereby, religious freedom.

Where has this gotten us?

By throwing unwavering support behind Trump, a man who is perceived as a liar, cheater, bullying, violent, racist, Christians are now seen as lying, cheating , bullying, violent, racists. Many in society, rightfully believe that lying, cheating, bullying, violence and racism must be opposed. The resistance some Christians are experiencing is not because of the teachings of Jesus Christ. They are being opposed and “feeling persecuted” if their Christianity smacks of lying (spreading disproven accusations about voter fraud or global pandemics), cheating (trying to unconstitutionally throw out valid ballots, calling election officials to “find the votes” needed to win), bullying (yelling, kicking, threatening and coughing on an employee who asks you to wear a mask), violence ( separating children from their parents at the border, waving guns at protestors walking by, crossing state lines and killing opposing protestors, armed rallying inside state capitals, outside the homes of election officials, or outside congress as they ratify the results of a fair election, breaking into the US Capitol, threatening elected officials), and racism (insisting that systemic racism doesn’t exist, ignoring the plight of the oppressed, perpetuating racial stereotypes in conversation/joking).

“But I haven’t done any of those things!”

Have you spoken against them? Because NOW IS THE TIME!

This behavior can not go unopposed by Christians.

Aside from all of the exceptions I hear you yelling at your screen that have prevented you from speaking out, it is important to realize that this perception IS the reality of where we are in history. And here, besides the threat to our democracy,  is the danger of it all:

The monster of “Trumpian Christianity” that is loud and hogging the spotlight MUST be opposed. And by labeling this monster as simply “Christian” means that the opposition that is coming rightfully for that satanic nonsense, will become the unjust persecution feared by many Christians today, but it will be directed at all of Christ’s Bride–Trumpian or not.

As we stated before, nuance doesn’t exist in public discourse anymore.

By claiming persecution right now, some Christians have embraced the evil that is being fought against and are creating the monster that will usher in the true persecution they are attempting to prevent. It will be a self fulfilling prophecy, not foisted upon us from the left, but created from the panic of the right looking for a savior and role model in a deeply flawed President.

The world is in desperate need of the hands and feet of Christ to feed the hungry, to give drink to the thirsty, to clothe the naked, to give shelter to travelers, to visit the sick, to visit the imprisoned, and to bury the dead. Christians are empowered in these acts of mercy by the Holy Spirit, which enkindles in us the fruits of love, joy, peace, patience, kindness, goodness, generosity, faithfulness, gentleness, modesty, self-control, and chastity.

These stand in stark contrast to the vices that are the fruit of Trumpian Christianity.

We will be known by our fruit. Choose wisely.

Let us humble ourselves, turn back to Christ, and cast this cancerous movement back to hell where it belongs.

“Beware of false prophets, who come to you in sheep’s clothing, but underneath are ravenous wolves. By their fruits you will know them. Do people pick grapes from thornbushes, or figs from thistles? Just so, every good tree bears good fruit, and a rotten tree bears bad fruit. A good tree cannot bear bad fruit, nor can a rotten tree bear good fruit. Every tree that does not bear good fruit will be cut down and thrown into the fire. So by their fruits you will know them.”

About Kristin Putnam
You can read more about the author here.
Previous Post 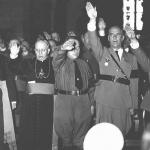 December 29, 2020
What Is Wrong With the Christian Religion?
Next Post

January 8, 2021 Making a Difference: Reflections on Pope Francis’ 2021 World Day of Peace Message
Recent Comments
0 | Leave a Comment
Browse Our Archives
get the latest from
suspended in her jar
Sign up for our newsletter
POPULAR AT PATHEOS Catholic
1