{Joan Chittister and Rowan Williams. Uncommon Gratitude: Alleluia for All That Is. Liturgical Press 2010. 192 pages. $16.95}

Here are two leaders of the Christian Church — prominent and outspoken, thoughtful and spiritual — engaged in reflection on a practice that is common to almost every faith tradition, that of gratitude, or praise of the Holy, or as the two of them describe it, “It is the arch-hymn of praise, the ultimate expression of thanksgiving, the pinnacle of triumph, the acme of human joy, It says that God is good — and we know it” (ix).

I am acutely aware that both of these writers, Rowan Williams as Archbishop of Canterbury in the Anglican Communion, and Sr. Joan Chittister in the Benedictine order in the Roman Catholic Church, live, move, and minister in the throes of great conflict and upheaval in their world-wide communities in this present moment. However, when asked to write an offering together for the Church, they agreed that the practice of gratitude was the paramount spirit and practice for their work and for ours. That was a provocative challenge to me in 2010, or could be in any time where very little seems to be going right, or even in the direction of the intended rule of God.

The book has three sections: “Discovering Who We Are,” “Becoming Who We Are,” and “Growing Into the Unknown.” Within these sections are reflections from each of them about particular challenges to praising God. Chittister wrote most of them, and I would like to have seen a more even balance between the two writers. But each of them writes about challenges that resonate with the world in which I live and minister, in ways that feel accessible to anyone.

They ask themselves, and us, how it is possible to say “Alleluia!” In the midst of Doubt, Wealth, Poverty, Divisions, Suffering, Death, and Darkness. To be grateful in those locations seems counter-intuitive, if not impossible! And I have a great aversion to playing Pollyanna’s “Glad Game,” in which the pain of reality is denied in order to seem pious and holy. Therefore, I am deeply appreciative of the work of these two saints, who fearlessly look at reality and its grief and pain, wrestle with its meaning, and find that it is completely organic and honest to sing “Alleluia!”

In his poetic way Rowan Williams takes on the difficult religious word “Sinners:”

No fancy theologizing here, just a glimpse of struggling with an experience of reality.

Chittister, while more common-sense-on-the-ground than Williams and more succinct, is equally candid, in “Darkness,” where she tells poignantly of the loss of her mother to the cruelties of Alzheimer’s and then to death:

In darkness we forget: we really have two choices. We go on as is. Or we can go on differently . . . To succumb to darkness, to fail to trust the light that is coming when this period is over, is therefore to fail to trust the continuing new dawns of life . . . Darkness deserve gratitude. It is the alleluia point at which we learn to understand that all growth does not take place in the sunlight (185, 187).

I found that this book lent itself to daily prayer, pondering and reflecting on my own practice of the Reformed foundation of the spiritual life — practicing Gratitude. I noticed how much more familiar the habit of Critical Analysis in the faith community, and in me, had become, rather than the habit of Saying Alleluia! I was challenged, provoked, and blessed by my encounter with these two exemplars of faith, struggling to be grace-bearers in the face of unbearable pressure, conflict, criticism, and demand. Alleluia for their word in our lives!

Elizabeth Nordquist is a Presbyterian minister and spiritual director, retired from the institutions of ministry, actively serving in a variety of venues and modes where she is called. She lives in Los Angeles with her husband, while she adores her four grandchildren up close and from afar.

August 3, 2010
"Definitive Bonhoeffer biography for the 21st century" from Eric Metaxas
Next Post

August 30, 2010 Understanding Santeria through Stories
Browse Our Archives
get the latest from
Take and Read
Sign up for our newsletter
POPULAR AT PATHEOS Entertainment
1 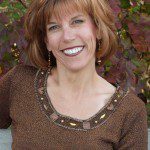 Entertainment
My Friends, the Saints: A Q&A with Elizabeth...
{Take & Read}