The History of New Thought: A Q&A with John S. Haller, Jr.

This month in the Patheos Book Club, we’re featuring the new book The History of New Thought: From Mind Cure to Positive Thinking and the Prosperity Gospel, by scholar John S. Haller, Jr. This excellent overview of the New Thought movement and its far-reaching influences on the American religious landscape is the first such objective exploration of its kind. In the book, Haller examines the very beginnings of the movement, its early influences (including Swedish seer Emanuel Swedenborg), and how its initial emphasis on healing disease morphed into a vision of the mind’s ability to bring us whatever we desire.

We invited Haller, an author and professor of history and medical humanities at Southern Illinois University Carbondale, to respond to some questions about his new book. 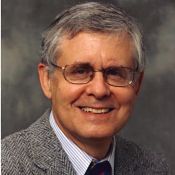 What is New Thought, briefly, and why did you want to write a book on its history at this particular time?

New Thought represents an amorphous set of ideas and practices that, to this day, remain at the forefront of America’s contemporary religious and secular scene. It teaches a distinctive brand of individualism, self-reliance, and healthy-mindedness that is simultaneously synoptic, idealistic, optimistic, transformative, and eclectic. It projects a temper of mind that ranks emotions and intuition equal to reason and experience, and holds to the principle that the human mind is capable of knowing the very essence of things.

New Thought’s publications include religious texts, motivational literature, novels, and Internet sites and blogs. Together they resonate across the religious and secular landscape offering glimpses of a purposive life filled with optimism, practicality, and economic well-being. Integral to all of this is a revulsion against abstractions, an undeclared war on systematic theology, eloquence concerning the soul, and outright insistence on the possibility of living in harmony with the universe.

Although it may sound strange, I approached the subject not as a religious but as a medical historian who has spent the past thirty years studying alternative and complementary healing systems whose origins were rooted in vitalistic philosophies that competed with the rationalist-empiricist underpinnings of the Western medicine.

To what extent is New Thought a uniquely American amalgam?

As I have explained in the book, New Thought represents a pragmatic reformulation of the world’s great philosophies, religions, and healing systems in a manner intended to restore harmony to the physical and spiritual well-being of the American psyche.

So many fascinating figures make an appearance in your book, from Emerson and William James to Quimby and Swedenborg. Do you have any personal favorites? Is there anyone you find particularly compelling, anyone you consider underrated by modern scholars?

To this day, William James remains a remarkably prescient philosopher whose Varieties of Religious Experience  provides a veritable tour de force of the American psyche of healthy-mindedness. I never grow tired of reading him. He gave the name “mind cure” to the New Thought movement describing it as “an optimistic scheme of life, with both a speculative and a practical side [and which]. . . must now be reckoned with as a genuine religious power.” One also has to appreciate how thoroughly Emerson influenced generations of Americans. As a representative philosopher of American democracy, he cultivated a love of independence, contempt for tradition, and a celebration of self-reliance that taught admirers to see themselves in a highly individualistic light.  For Emerson, humanity was living in a condition of perpetual youth where the “new” was replacing the “old,” where nothing remained stationary, and where reality was where you knew you ought to be.

The numerous influences feeding into New Thought appear to have contributed both to its amorphousness but also to its longevity and influence as a movement that has now spanned centuries. Is there any other religious, philosophical, or intellectual movement with a comparable staying power, outside of organized religion?

Good question! My sense is that the elements of healthy-mindedness, of self-affirmation, and of optimism imbedded in the mores and ideals of New Thought are found in the fundamentals of our democratic culture which celebrates individualism, self-empowerment, and the rationalization of the profit motive over all other values. It is also in keeping with both the idealism and practicality found in the philosophy of pragmatism.

The prosperity gospel was arguably there from the very beginning of the Puritan Ethic when the regenerate soul claimed blessedness in the professed holiness of external gifts. In both New Thought and Evangelical Christianity there is an intense activism among believers who conclude that grace, once bestowed, must result in a thoroughgoing change in the sinner’s now sanctified life. The Word of Faith or Faith movement, the fastest-growing segment of Christianity in the third world, preaches salvation through Jesus that is achieved in both the spiritual kingdom and in the natural world. Critics call the prosperity gospel the “Trojan horse” within Christianity. In the prosperity gospel, as in New Thought, there is an emphasis on mental self-discipline, affirmative prayer, symbolic interpretations of the Bible, an inspiring world vision, the presence of God in each individual, and ideas that transcend all faiths.

You write from the perspective of a secular humanist, as you note in the introduction. In what ways do you think that perspective influenced the structure or narrative of the book?

I have always admired the drama of the mind in its search for meaning and the pathways to self-inquiry that dominate the canon of Western philosophical, religious, and medical traditions. In each of my books, I have sought to enter the thought processes of a given age, individual, or movement without being held hostage by their assumptions.

Were there any narrative threads you would have liked to pursue more fully than was possible in this book?

The subject of New Thought grew out of my earlier book Swedenborg and Mesmer: The Roots of Complementary Medicine published by the Swedenborg Foundation in 2010. In it I traced the many “healing” movements that derived from both Emanuel Swedenborg and Franz Anton Mesmer. New Thought caught my eye as something that required a much fuller analysis, particularly if one was interesting in capturing both its religious and secular components. Having now completed my study of New Thought, my interest has turned to the role of the placebo effect in healing. In other words, my interest is still in finding the roots of what William James called the “cult of healthy-mindedness.” I am beginning to see that what is presently called the placebo effect represents a dividing line between biomedical and non-reductionist healing systems.

The placebo, a product of Cartesian dualism, is found almost exclusively in the biomedical world of reductionist science. By contrast, in the healing modalities of non-western therapies, medicinal substances are thought to contain some degree of intentionality whose causality is nonphysical. The placebo, which has a clinical and theoretical significance of its own and is responsible for most ancient and modern therapies, should be regarded as a second therapy—not the absence of a therapy. The placebo creates a distracting ambiguity for the medical scientist who finds it difficult to build a bridge between the material and the psychosomatic and behavioral side of healing.

Many of the figures you write about were innovators who exhibit a strong impulse for crossing boundaries, experimenting, and pursuing unpredictable paths. What can leaders today (religious or otherwise) learn from their examples?

I’ve been particularly impressed with a group of scholars who are interested in finding ways to bring together the subjective and objective into evidence-based medicine through some form of the randomized clinical trial. I’m referring to individuals such as Ted Kaptchuk and Anne Harrington at Harvard whose interest is in the power of unconscious healing.

Is there one thing in particular you hope people will take away from your book?

Hopefully, a sense that I have provided them with a fuller understanding of and an appreciation for the impact of New Thought on American culture.

Visit the Patheos Book Club for more on A History of New Thought. 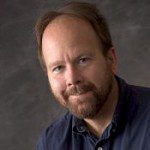 October 31, 2012
The Christian World of The Hobbit: A Q&A with Author Devin Brown
Next Post 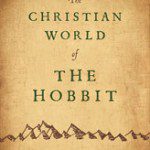 October 31, 2012 Tolkien, Interdependence and the Sacred Ordinary
Browse Our Archives
get the latest updates from
Take and Read
and the Patheos
Entertainment
Channel
POPULAR AT PATHEOS Entertainment
1