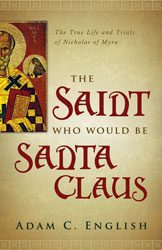 [This is the second in a series of posts on the real Santa Claus by Adam English, author of the new book The Saint Who Would Be Santa Claus, now featured at the Patheos Book Club.]

When I stepped off the plane for the first time in Bari, Italy, I was only vaguely aware of what I was doing.

I wanted to find out for myself whether Santa Claus really existed. His bones were said to be buried in the crypt of the Basilica di San Nicola, a Romanesque church situated within the walls of old-town Bari. Well, not the bones of Santa Claus of course, but of his historical predecessor, Saint Nicholas of Myra. Even so, I knew that the answers to my questions were not located in a tomb, but in the archival library adjacent to the basilica and maintained by Dominican friars.

At first the evidence did not seem to be in Nicholas’ favor. The three most important twentieth century scholars to study Saint Nicholas came to the conclusion that he quite possibly never existed, or if he did, it was unlikely that he did any of the things attributed to him.

The spirit of St. Nick must have been on my side, though, because I soon met Father Gerardo Cioffari, the bespectacled Dominican curator of the archive library. Father Cioffari pulled yellowed volumes of the shelves and flipped through them with quiet familiarity and confidence. He had, after all, spent the last thirty years gathering, sorting, and evaluating the evidence. His findings: Saint Nicholas most certainly lived. Here were the Greek and Latin texts of Michael the Archimandrite, Symeon Metaphrastes, and Andrew of Crete.

I faced another problem though. As I sifted through the material, I realized that for the past millennium, we have been telling the story not of one man named Nicholas, but of two men, both named Nicholas. Nicholas of Sion lived about 200 years after Nicholas of Myra, but sometime in the tenth century his story was merged with that of Nicholas of Myra. The two became one – so much so that even down to the present time the error has persisted.

My job in The Saint Who Would Be Santa Claus was to separate the two Nicholai and narrate, for the first time in a long time, the original life of St. Nicholas of Myra. Along the way I discovered not only Nicholas but myself.

Late one afternoon during my stay in Bari, I took a long and meandering walk through the city – of which the Romanesque basilica and cobbled old-town make up just one small part – to a Russian Saint Nicholas church dedicated to serving pilgrims who travel from far and wide to pray at the tomb. As I stepped off the big-city sidewalk into the candle-lit sanctuary, I was transported to another time and place. The sound of the prayers, the smell of the incense and the glimmer of gold-flecked icons – they were all so foreign and yet so palpably real. Here was the true reason I was obsessed with Saint Nicholas. It had nothing to do with Santa Claus; it was this man who, out of his deep and passionate faith, has inspired generations of believers.

I found the saint I was looking for – not only in the historical sources but also, and more importantly, in spirit. I have been asked more than once: “Has spending four years with Nicholas changed you in certain ways?” The answer is yes. Nicholas has changed me in deep and lasting ways, but I am still trying to put my finger on it. I am not yet being able to describe exactly how and in what ways Nicholas has affected me, even though I can feel in deep in my bones. There is more yet to be discovered.

Visit the Patheos Book Club for more on The Saint Who Would Be Santa Claus! 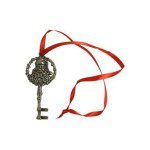 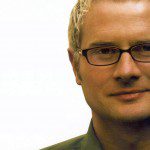 November 29, 2012 The Hindu-ness of Rob Bell
Browse Our Archives
Related posts from Take and Read