Walnut Boats and Fur-Ball Mice: The Real Gifts of Christmas

By Paula Huston, author of A Season of Mystery

Years ago, when our blended family of four little blondes between the ages of three and eight was still so new that Mike and I were making at least one significant parental mistake a day, our first Christmas together came roaring in like a freight train, dramatically compounding the stress. Not only were there the other sets of parents to deal with, not to mention four grumpy kids who did not yet like each other much and weren’t that wild about being together for the holidays, but we ourselves both came from large families with entrenched traditions that made it even more difficult to come up with a workable holiday schedule.  Plus, how were we going to the handle the financial outlay required to buy presents for our recently doubled collection of siblings and nieces and nephews and parents? Then Mike hit upon an idea that might reduce at least part of the anxiety: what if we made all our gifts this year, the same item for everyone?

I was dubious.  It sounded like a lot of work, and the work of parenting four reluctant young step-siblings was more than enough already.  Just where did he think we were going to get the time to make gifts?  But he promised me he’d come up with something beautiful, yet so simple that even the three-year-old could help out.  Still doubtful but without any viable ideas of my own, I told him to go for it.

And thus we spent several pre-Christmas weekends–times I normally would have been out trudging morosely through the malls–huddled together around the kitchen table, glueing and varnishing flat-bottomed, 8 1/2 by 11” sleighs, meant to be used after the holiday as desk-top mail trays. Mike cut the pieces on his jigsaw in the garage, we all worked on assembly (twenty-two of them that year), and then we focused on the baking end of the operation: my Minnesota grandmother’s carmel corn, Norma’s cookies (named after a woman who used to work with my dad that nobody, including him, could remember anymore), dream bars made from one of two competing family recipes, and bags of cracked walnuts from our neighbor’s tree.  The kids used the empty shells to make little boats, each of which was occupied by an extremely cute mouse (three small fur-balls held together by glue and random globs of melted carmel, plus goggly black eyes I bought at the crafts store).  These completely useless creatures went into the sleighs along with all the other goodies.  And then we set out to deliver them in person.

Despite all the time and energy it took to make our own presents, this Christmas turned out to be the least stressful in years.  Why?  Because except for the few gifts we bought for each child, we did not go near the stores.  Because we spent very little money.  Because the whole family (not just the mom) was involved in the project.  And mostly because we had so much fun.

Even though our “official” Christmas time together would always be quite limited–the realities of step-family life often presented unforeseen, last-minute obstacles–the homemade gift tradition helped us celebrate together as a family despite the difficult schedule.  As we thought about what we’d make next (jars of jam from our berries, topped with hand-painted covers; baskets of baked goods covered by napkins sewn by the girls on my mom’s ancient machine), we learned to pull together in spite of the wounds of divorce.  And goofy though our presents were, people seemed to appreciate them because at some level they knew we’d offered what is most precious in our frenetic day and age: our valuable time and energy.

In our case, the best cure for Christmas-induced stress turned out to be the labor of our hands. When we deliberately stepped out of the usual Christmas rush and focused instead on creating something beautiful, simple, and useful–or at the very least, tasty–we experienced for ourselves what the ancient Christian monks discovered over 1,500 years ago: that devoting oneself to a repetitive physical task, especially one involving the fingers, brings peace to the mind and calm to the soul.  Sharing this craftsmanship with others adds a whole new dimension, one enjoyed by the communal Amish during their quilting sessions or barn-raisings.  Joint labor performed in the right spirit can lead us to love.

Which is no doubt why, nearly thirty years later, I still put a couple of those silly walnut boats, occupied by their by-now tattered fur-ball mice, under the tree each year.

Paula Huston, a National Endowment for the Arts Creative Writing Fellow, has published fiction and essays for more than twenty years. She was co-editor and essayist forSignatures of Grace: Catholic Writers on the Sacraments. Her life in a rural setting and travels in the Third World provide the background for The Holy Way.

For more on Paula Huston’s latest book, A Season of Mystery: 10 Spiritual Practices for Embracing a Happier Second Half of Life, visit the Patheos Book Club here. 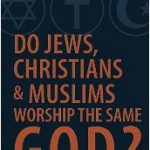 December 5, 2012
Jews, Christians and Muslims? Do Any Two People Worship the Same God?
Next Post 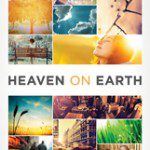 December 10, 2012 The Invitation of the Beatitudes: A Video Q&A with Josh Graves
Browse Our Archives
get the latest updates from
Take and Read
and the Patheos
Entertainment
Channel
POPULAR AT PATHEOS Entertainment
1