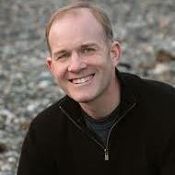 What if being “in love” isn’t a good enough reason to get married? What if dating isn’t about finding “the one” but about serving the one who loves you most?

These are the compelling questions popular author and speaker Gary Thomas sets out to explore in his new book The Sacred Search (now featured at the Patheos Book Club). A prequel of sorts to his best-selling Sacred Marriage, and based on years of research with married couples, this new book turns the more popular notions of falling in love on their heads, and challenges singles to think beyond finding a “soul mate” and to look for a “sole mate” — someone who will walk with them and encourage their spiritual journey. This, he believes, is the winning formula for a successful and fulfilling marriage.

Thomas is a writer-in-residence at Second Baptist Church in Houston, a frequent guest on Focus on the Family and FamilyLife Today Radio, and a popular international speaker whose books have been translated into a dozen languages. He took some time out recently to answer a few questions about The Sacred Search, and why we need a better, more God-centered plan for finding our life-long partners.

In your experience, what is the #1 mistake couples make in choosing marriage partners?

Different couples make different mistakes. Can I give perhaps the top two?

One is thinking there is just “one right person,” a “soul mate” that we have to find. This tends to lead people away from applying wisdom and toward trying to discern “destiny” or “feelings,” two notoriously subjective and unreliable methods of decision making.

A second common failing is that, frankly, most Christians get married with the same motivations as non-Christians: sexual chemistry and romantic attraction. These realities fade. A common spiritual purpose, worship, building a family, pursuing righteousness—these are things that become more important, more precious, as we age, not less. If you base your marriage on spiritual purpose, I believe you’ll be both happier and more fulfilled at the end of your life, rather than taking the route so many do: basing their decision on things that fade, and then regretting that decision for decades.

One of the main premises of your book is: “Just because you’re in love with someone doesn’t mean you should marry them.” Why do you say that?

I’ve seen people go through three or even four marriages, primarily guided by feelings of being “in love,” and making spectacularly bad choices accordingly. “Falling in love” with someone is not a good indicator of whether they’re marriage material. Infatuation has been shown to last about 12 to 18 months, with a gradually descending “rush.” An infatuation at 14 months, for instance, is demonstrably weaker (neurologically) than an infatuation at 6 months. Furthermore, infatuation blinds us: when our brains are awash with infatuation, we create an “ideal” person who doesn’t really exist. We overlook clear faults and even imagine strengths that aren’t there. That’s why, as a pastor, I often hear disillusioned wives say, “He’s not who I thought he was.” That’s often an accurate observation—she really didn’t have a clue who she was marrying because her brain was so focused on getting and keeping the man she was infatuated with that she lacked the neurological will to examine whether he was worth getting or keeping.

It’s certainly possible to become infatuated or to fall passionately in love with someone who would make a good marital match. The wise thing, however, is to get married on a more solid basis—don’t get married simply because you feel “in love,” and don’t refuse to marry someone because you don’t feel that over the top “rush.” Look at infatuation as a fun, passing fancy, but nothing that you would base the second most important decision of your life on.

Our popular culture clearly worships romantic love and fairy-tale weddings and yet, as we know, we have one of the highest divorce rates ever. What do you think we’re getting wrong in our collective search for love and happiness?

You maintain that as Christians, we should be led by a different ideal for marriage than the cultural norm.  What is that, and how might that change our decisions, and our long-term “success” in marriage?

The force of The Sacred Search is that we should let Matthew 6:33 (“Seek first the Kingdom of God and His righteousness”) drive our choice of a marital partner, for this reason: if we are healthy believers, worship and Kingdom service become even more important to us as we age. If I marry out of a desire to seek God’s Kingdom with someone, and that Kingdom becomes ever dearer to me, my marriage becomes dearer to me. If I believe in Christ’s call to seek His righteousness, and my marriage helps cultivate that righteousness in me (by confronting my selfishness, my pride, etc.), my marriage will become more precious to me. If we base our marriage on something that grows within us (passion for God’s work in the world and our lives) rather than something proven to fade (sexual chemistry, physical appearance, surface “happiness”), we will enjoy a marriage that is fed and even strengthened by the passing years, not assaulted. I can honestly say that my wife and I are more into each other after 28 years of marriage than we were after 28 days or 28 months of marriage. That’s because our marriage is based on a shared spiritual purpose, sustained by worship, and seasoned with Kingdom work.

Are you saying that infatuation and romantic love are bad?

Absolutely not. God created our brains, and with neurochemicals, even designed infatuation. Who am I to judge His workmanship? But romantic love is sort of like wine. The Bible celebrates it (Psalm 104:15) but then warns us not to get drunk (Eph. 5:18). In the same way, we can celebrate romantic love and enjoy it when it happens, within reason and without letting it drive our life. When someone lives for wine, they become an alcoholic. When someone lives for romance, they become an idolater. Wine and romance should season our lives, not drive them.

Your earlier book The Sacred Marriage has been a best-seller, selling more than half a million copies, as well as spawning Sacred Marriage seminars that have helped thousands of married couples strengthen their marriages. Was there something gleaned from that book and experience that inspired this new book? Are the two related?

Yes, they are. I’ve spent a decade and a half helping married couples find the spiritual purpose behind an often difficult relationship. I was willing to admit that no marriage is easy, but that the challenges of marriage can be very profitable spiritually. That struck a chord. Now my passion is to help singles understand this and make their marital choices accordingly. I have such a high regard for marriage and family life that I want singles to make the wisest choice possible so that they can create “Kingdom outposts” centered on worship and service to God. We need such families today. For too long, the church has spent a lot of time trying to help ill-matched couples who married on romance become a little less miserable, holding their marriages together for the sake of their kids. We need to take a step back, urge singles to become more judicious about making such a monumental lifelong choice, and train them to make the right choice for the right reasons.

If you could choose three people to be in a book club around The Sacred Search, who would they be, and why?

What do you most hope people take away from this book?

The subtitle says it all: “What if it’s not about who you marry, but why?” I don’t believe each one of us has “one right person” to find. I believe God gives us the choice, and we need to be wise stewards of that choice. Knowing what marriage is about, and what sustains a marriage through the years, helps to equip us to make a supremely wise marital choice. The “why” points us toward the wisest “who.”

For more on Gary Thomas and The Sacred Search (including an excerpt from the book!), visit the Patheos Book Club here. 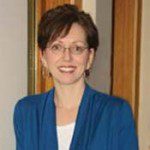 January 2, 2013
Cravings and Christ: A Chat with author Mary DeTurris Poust
Next Post 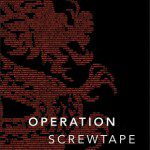 January 15, 2013 Dealing with the Devil: A Review of Operation Screwtape
Browse Our Archives
get the latest from
Take and Read
Sign up for our newsletter
POPULAR AT PATHEOS Entertainment
1