By Susan Vogt
Author of Blessed by Less: Clearing Your Life of Clutter By Living Lightly

For the past several years I’ve spent a lot of effort trying to let go of stuff — to live more lightly. This has included pruning my possessions, my time, and my mind of unnecessary clutter. As my efforts to curb consumerism in my daily life increased, I became aware of how much I already had — and I am grateful for that. An unintended side effect, however, was that as my consciousness of my blessings increased, I also became more sensitive to the gap between the rich and the poor.

I never really considered myself rich, but I certainly had enough — in fact more than enough. Even though I was giving a lot away, I still was not hurting. This awareness became heightened during holidays like Thanksgiving and Christmas or when traveling on vacation. I had new eyes for the have-nots because I was meeting them up close and personal as I shared my goods and time with people who needed more of me. At times I would feel guilty that I could buy a Christmas tree and occasionally go out for dinner (and it wasn’t to a fast food joint). My husband and I don’t do luxurious vacations but we did have enough money to visit our son in England. How could I say no to the woman at the bus station asking for bus money to travel to her family a couple hundred miles away?

Sometimes, having one’s consciousness raised can be a pain because it engenders guilt. It’s sort of like survivors’ guilt. Why was I lucky enough to be born to a middle class family who taught me good work habits. They could pay for me to go to quality private schools, which enabled me to get a good job. I inherited relatively good genes that made me strong and healthy. Sure, I worked hard too, but as I walked with those who weren’t born with many of the advantages I had, I realized that most were not any lazier or more immoral than the general population. Often, they just weren’t as lucky or didn’t have the mentoring I had.

Holidays especially can bring attacks of “Holiday Guilt” to conscientious people — but this is a good thing! It might come while eating a scrumptious meal, enjoying a cozy fire with the family, opening beautifully wrapped presents, or relaxing at a beach resort. First we’re grateful; then good guilt might pop up. Use it! People who have good and tender hearts start realizing that not everyone is so blessed. Besides just saying a prayer for those less fortunate and then going on with our good life, here’s a guilt reduction strategy.

1. Do No Harm. Let’s use Thanksgiving as an example. Sure enjoy a nice meal, BUT don’t stuff yourself silly.

2. Do Some Good. Donate some food to a soup kitchen or donate money to a charity that feeds the hungry.

3. Do Some Good That Will Last. This is the hardest part and it takes more than a day. It is a way of life. Doing good that will last means changing the system that makes the playing field uneven. Consider why people are hungry? Are they just too lazy to work? Usually not. What’s one step you can take to make the system more fair? It might be taking political action (contacting Congress to support funding the Supplemental Nutrition Assistance Program (food stamps). It might be joining an organization that works to train or employ disadvantaged people. It might take some time, thought, and effort, but guilt fades away – because you don’t have time for it.

Adjust the above steps for whatever holiday is approaching. Whether Holiday Guilt accosts you often, or only in Church or when you see a panhandler, a strategy like this can move you from guilt to being part of the solution.

Susan Vogt is a speaker, author of five books, and former editor of the Journal of the National Association of Catholic Family Life Ministers. For over 30 years, Susan has worked in family ministry for the Catholic Church. Susan and her husband have worked with ecumenical and social justice organizations includingParenting for Peace and Justice. Susan is married, has four children, and lives in Covington, Kentucky. Visit her website here. 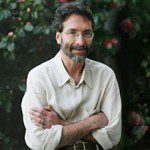 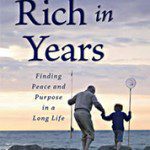 December 2, 2013 Living Before Eternity
Recent Comments
51 Comments | Leave a Comment
Browse Our Archives
get the latest from
Take and Read
Sign up for our newsletter
POPULAR AT PATHEOS Entertainment
1