Fascination with the “historical Jesus” has occupied scholars for well over two centuries, and myriad portraits of Jesus have emerged to line the bookshelves of religious historians and theologians alike: “Jesus as social revolutionary,” “Jesus as political radical,” “Jesus as Jewish Messiah,” “Jesus as wisdom teacher,” “Jesus as feminist/liberal/socialist/conservative.” Each new publication is ever hopeful of shedding light on the “real life” of a man who surely has earned the title of most controversial figure ever to walk the earth.

However, with so many cooks in the kitchen—scholars and laymen of diverse religious (or secular) and cultural backgrounds have all weighed in—the fruits of such scholarship have unfortunately been all too often a source more of division than of reconciliation or noble contribution to a united search for accuracy and truth (the response to and controversy surrounding Islamic writer Reza Aslan’s Zealot: The Life and Times of Jesus of Nazareth earlier this year serves as a prime example). So, as with every new addition to this body of “historical Jesus” writing, with the publication of one of the most recent works on the historical Jesus—Rabbi David Zaslow’s Jesus: First Century Rabbi (Paraclete Press $23.99)—we must ask: What do we have new here? What more can we learn? What can this particular author’s particular perspective add to this discourse?

Though the addition of a Jewish point of view and the attempt to understand Jesus in the context of 1st century Judaism is hardly novel (the works of Jewish scholars Heinrich Graetz, Abraham Geiger, Claude Montefiore, Joseph Klausner, Geza Vermes, Jacob Neusner, and Paula Frederiksen are all exemplars), Zaslow’s goals and approach to his topic are wonderfully refreshing and positive. His hope is not only to contextualize Jesus’s life and ministry in terms of Judaism but to find ways to use the life of Jesus to reconcile historical and all-too-often bitter divisions that have grown between contemporary Jews and Christians. His target audience—comprised of both Jews and Christians—is asked to come to his work with an open mind and the hope of dispelling misrepresentations of the other’s faith and with a commitment to avoiding criticism or attempts to change each other.

One cannot help but be enamored by such a lofty ideal, and, as a Christian reader, I was especially motivated to embrace Zaslow’s goal by one particular chapter devoted to Anti-Semitism, in which he describes how even in the writings of some of Christianity’s most beloved early church fathers—Origen, Ambrose, John Chrysostom, Jerome, and Augustine, among others—elements of prejudice against Jews existed. At its best moments, this book did achieve its goal. Having grown up in an evangelical church and continuing to worship within this tradition to this day, I was happily led to realize gaps in my Sunday School knowledge of Jewish history and tradition: Zaslow’s explication of the Jewish sacrificial system was among the best I have read; his highlighting of the similarities between Jesus’s Our Father prayer, the Beatitudes, and Jewish sources including the Talmud, Siddur, Baba Kamma, and Old Testament was enlightening; and his fascinating description of the “Hebrew mindset,” which avoids dualistic distinctions that often characterize Christian theology and apologetics, including rigid categorizations of past-present-future, physical-spiritual, and animate-inanimate were incredibly helpful as well.

At each of these moments, I felt that, both intellectually and spiritually, Zaslow’s words had opened up my faith in a way that—without threatening it—had simultaneously expanded and strengthened it. Perhaps Zaslow’s greatest accomplishment with Jesus is that this book will certainly inspire its readers to ask more questions, to delve more deeply into Jewish history and tradition, and to do more research into the culture and religion of Jesus.

However, I must also confess that my reading experience was not entirely smooth sailing. I bucked at Zaslow’s attempt to deal with both Judaism and Christianity as monolithic religious systems, often breezing past denominational and theological differences within each faith which seemed, at times, significant (for example, Catholic versus Protestant understandings of salvation). And while Zaslow repeats at several moments that practitioners of a religion should be the ones responsible for defining their faith’s meaning and terms, I found myself wishing that he had perhaps brought a Christian co-author on board to most accurately represent contemporary Christian viewpoints on Jesus’s Judaism. Furthermore, there were a few moments where the similarities Zaslow asks his readers to see between Judaism and Christianity required me to suspend my disbelief too far (that Christ is to Christians as the Torah is to Jews, that the Christian Trinity of Father-Son-Holy Spirit parallels the Jewish trinity of God, Torah, and Israel), and I never was quite able to get C.S. Lewis’s trilemma of Jesus as liar, lunatic, or lord out of my head, never feeling entirely resolved about accepting Jesus as wholly man for Jews but wholly divine for Christians, despite Zaslow’s effort to suggest that it’s possible to embrace both scenarios simultaneously.

Undoubtedly, only the most theologically liberal of Christians will escape these pages without some chafing: among Zaslow’s assertions are that all Christian missionary efforts to Jews are misguided and should be halted, that Jesus’s claims to be the Messiah or Christ should not necessarily be interpreted as unique, that Paul may not really have been a committed Jew but may have been just “pretending” to be one so as to gain conversions to Christianity, and that the notions of exclusive salvation and replacement theology of any stripe should be rejected. Zaslow is an evangelist of his cause and ultimately makes clear what the version of Christianity he believes is both most faithful to the historical Jesus looks like as well as what he imagines the ideal nature of Jewish-Christian relationships to be.

But as I so often tell my students: beliefs worth holding on to are ones that are put through fire and come out sound on the other side. And while Zaslow’s Jesus does challenge both fundamental principles and key theological elements of Christianity, it also passionately, devotedly, and lovingly extends an olive branch to Christians. The hope that by highlighting the similarities and common origins of our faiths will draw us closer together into better relationships with shared goals is both welcome and noble. It is certainly a delightful addition to the often-heated discourse surrounding the “historical Jesus,” and I would heartily recommend this book to scholars or practitioners of Judaism and Christianity alike. There is something here for everyone to think on, study deeper, and be inspired and changed by.

December 16, 2013
Better Than We Believed: A Q&A with Fr. Robert Cormier
Next Post 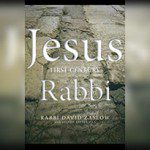 December 16, 2013 Jesus, First-Century Rabbi: A Tale of Love and Caution
Browse Our Archives
Related posts from Take and Read 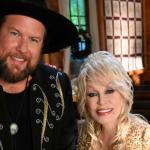