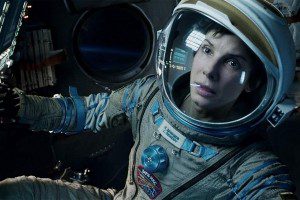 By Lyn and Tom Davis Genelli
Authors, Death At The Movies

Alfonso Cuaron’s 3-D space opera Gravity, a leading Oscar contender, met with universal acclaim from critics and audiences alike. Nominations include Best Picture, Director, Actress and Original Score. Alongside such enduring favorites as Groundhog Day and The Wizard of Oz, the film explores perennial themes of death, rebirth and the transition between the two — a film destined to join the list of classic transit movies. As the Venerable Chogyam Trungpa Rinpoche pointed out many years ago, transit, or bardo states are occurring all the time, even between any two breaths. Transit states occur when we have come to the end of a relationship, a job, a belief system, a self-identity — not only after physical death. In the transit state, we feel lost, bewildered, often terrified, unable to find our footing in anything that feels secure. It begins to dawn on us that we can never return to the shore we’ve left behind, but the new land is not in sight. We are adrift in the pathless space of consciousness.

Fortunately we are with Matt Kowalski (George Clooney), the space mission’s Commander and seasoned astronaut, floating around the space capsule making routine observations and repairs. Matt is a really human guy inside his space suit, playing country songs, telling shaggy-dog stories, managing to entertain and reassure everybody, both in space and back at mission control. His Medical Engineer and Mission Specialist, Ryan Stone (Sandra Bullock) is, on the other hand, not having fun. Even the wonder of space doesn’t move her. She’s just doing her job, like a human computer. Matt, however, is having none of that. He draws her out and discovers that she is alone in the world, having lost her beloved daughter to a random accident one afternoon at daycare. We see that she has, in a real sense died to her heart and soul. Back on earth, she confesses, all she does is drive endlessly in a state of numbness. We recognize in her a being in transit, no longer connected to life, lost in the bardo of grief, an underworld journey occurring in the emptiness of space.

Very quickly things go horribly wrong. A shower of space debris wrecks the space capsule. Matt and Ryan are the only survivors. We see her tumbling through space, gasping for breath, lost in terror. This is an after world of a dreadful sort, lost in empty and endless space — one that evokes our deepest fears. However, like many of the transit heroes in our book Death at the Movies, Ryan is blessed with a bardo guide, like Whoopi Goldberg’s Oda Mae Brown in Ghost, Louie the chiropractor in Jacob’s Ladder, or Clarence, Angel Second Class in It’s a Wonderful Life. In transit  movies, angels or guides seldom come in winged form. For Ryan, he comes wrapped in a space suit and talking like George Clooney. With unfailing competence and cheer, he tells her exactly what she must do in order to survive: first of all, slow down her breath (almost always an excellent idea) to make her oxygen last. Then get to a nearby Soyuz capsule and ride that home. It doesn’t take long for Matt to realize that he won’t be able to save himself, that indeed his destiny (his dharma, as Buddhists might say) is to move toward death in a state of awe and even bliss, seeing the sun rise over the Ganges. He has done all he can. His life is complete.

In order to survive, to complete her transit and be reborn, Ryan must face the grief of her life, the loss of her child. Without facing that loss, saying goodbye, she cannot possibly mobilize the complete human response that she needs to save herself. She needs every bit of herself to meet this moment, especially her whole heart. At the crucial moment, Matt the angel reappears magically inside the Soyuz capsule. He tells her, with enormous compassion and no pity, that indeed a terrible thing has happened to her, and now she must choose. In the face of human life in which the only certainty is loss, will she nevertheless say yes to that life and its unyielding terms?  Nothing less than total commitment can be enough. She says goodbye to Matt and to her daughter, her heart now open to all the beauty, fear and pain of life. Moving from immobilized terror to radiant acceptance she acknowledges that she’s done all she can to save herself, followed all the instructions as best she can, and now she’s ready for whatever comes — that whatever it is, it’ll be one helluva ride!

And a helluva ride it is, plunging into earth’s waters, nearly drowning in her burdensome space suit, freeing herself, and swimming up to the surface, born again, in the same body but a transformed spirit, now accepting and even glorying in the weight, the gravity of human life on this bluegreen planet, this land of opportunity.

For more conversation on how Hollywood treats the afterlife, visit the Death at the Movies Book Club here!

Tom Genelli, who holds a Ph.D. in psychology, has worked as an ABC film collection librarian, film producer/director and as an instructor in film production in addition to his main career as a psychotherapist.

Lyn Genelli, a licensed marriage and family therapist, is the director of the Bay Area Institute for Integrative Body Psychotherapy. The Genellis have written and published articles dealing with the cross-fertilization of film and psychology and have also worked as broadcast film critics for the local City Arts Monthly, a popular arts magazine in the Bay Area. 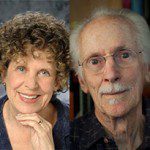 January 31, 2014
Death at the Movies: A Q&A with Lyn and Tom Davis Genelli
Next Post

February 14, 2014 Freestyle: A Q&A with the Rev. Michael Waters
Recent Comments
2,646 Comments | Leave a Comment
Browse Our Archives
get the latest updates from
Take and Read
and the Patheos
Entertainment
Channel
POPULAR AT PATHEOS Entertainment
1

First The Chosen, now The Covenant...
FilmChat
Related posts from Take and Read 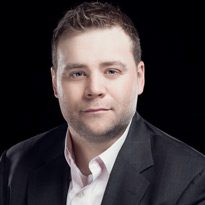 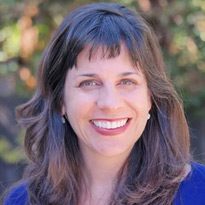 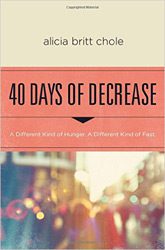 'Dear Evan Hansen' Director Stephen Chbosky Talks Releasing...
As the long-awaited big-screen adaptation of the Broadway musical “Dear Evan Hansen”...
view all Entertainment blogs
What Are Your Thoughts?leave a comment