Death at the Movies: A Q&A with Lyn and Tom Davis Genelli

Death at the Movies: A Q&A with Lyn and Tom Davis Genelli January 31, 2014 Deborah Arca

Tom and Lyn David Genelli met each other pursuing their own mystical paths, and soon discovered they also shared a love for the movies. Tom, a former film producer and director, and Lyn, a licensed marriage and family therapist, began to look at movies through their shared lens of spirituality, and particularly what they reflect back to us about how our culture sees life, death and the transit state in between. In their new book, Death at the Movies: Hollywood’s Guide to the Hereafter, the authors draw on the Tibetan Book of the Dead, Buddhism, and depth psychology to review some of the most spiritually powerful films ever made.

We recently caught up with the Genellis to find out more about Death at the Movies.

In a nutshell, what is this book about?

In a nutshell, it’s about becoming an intimate friend with your own death and what lies beyond.

How did you get started writing together? 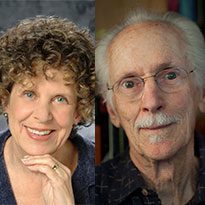 I (Lyn) was a psychotherapist. Tom had retired from the film business. We met and married. Seeing how much I enjoyed my work, Tom got a Ph.D. and went to work in the office next to her. We saw lots and lots of movies. We saw even more movies. Quite by chance we stumbled into a night–job of sorts, reviewing movies for a monthly Arts magazine called City Arts. We found writing reviews to be stimulating and lots of fun, so we branched out into writing for Journals and popular magazines (Vogue, Yoga Journal, etc.). It all wound up at Death at the Movies.

How did you become interested in the intersection of movies and spirituality?

Spirituality infused every aspect of our lives. Why would watching movies be different? We became increasingly aware of the spiritual content of many films, particularly when we  would consciously experience the “transcendent” quality of  that  movie. You know it’s happening when you feel it in your heart.

You refer to the films you write about as transit or bardo movies. What is meant by that?

We mean movies which depict or make reference to that curious in-between space between death and the unknown; a space or state of being referred to by Tibetan Buddhism for over two thousand years as the “bardo”, a state of the soul between death and rebirth. Movie bardos can range from sentimentally charming and delightful to chillingly frightening and grim. Widely considered to be the ultimate do-it-yourself text on achieving liberation or a favorable rebirth upon one’s death, The Tibetan Book of the Dead’s teachings explore, “the whole of life and death presented together as a series of constantly transitioning realities known as bardos. The word bardo is commonly used to denote the intermediate state between death and rebirth but, in reality, bardos are occurring continuously throughout both life and death and are taken as junctures when the possibility of liberation or enlightenment is heightened.” (Sogyal Rinpoche, The Tibetan Book of Living and Dying)  Our book uses “bardo” and “transit” interchangeably.

Part of the title of your book is “Hollywood’s Guide to the Hereafter.” Do you really think that Hollywood can provide meaningful spiritual guidance or does it just play to our death denying fantasies?

Hollywood has, for over 100 years, both shaped and reflected our deepest fears, dreams and desires. Present in many films are transcendent properties, veins of perennial truth and wisdom  embedded there either consciously or unconsciously by the film’s creators.  If one is open to such energy, they experience something beyond sound and light. The individuals who create these movies–writers, producers, directors, actors, production crews–are all potential carriers of the transcendent to one degree or another. An example: Who can watch Casablanca without experiencing its own state of transcendence achieved through its recognition of a deeply held inner truth–the truth of freedom?

What was the hardest thing about writing this book together?

It was never very difficult working together, especially when living together, and particularly when sharing a strong interest in the subject.

You both work as psychotherapists in the field of psychology. How has that influenced your writing on cinema and spirituality?

People come into therapy because they have entered transit. They’re upset, confused, disoriented; some identity, some life is no longer workable or alive. A therapist’s job is to be a transit guide–at our best, like Louie, the chiropractor in Jacob’s Ladder. Time and again we see the eternal narrative, what Joseph Campbell called the Hero’s Journey, play out in each individual life. Being a therapist is like seeing different movies, featuring different clients, everyday–endlessly fascinating.

Tom identifies the endless analysis, interpretation and resolution of problems arising in the human psyche as providing powerful lessons which resonate both on one’s spiritual life and in absorbing the complex structures of great cinema.

Frank Capra, generally considered one of America’s greatest film directors, said of his     classic work, It’s a Wonderful Life that, “The film’s got more than I put into it. Something happens. It’s got a life and power of its own.” How do you think it happens that a movie acquires a transcendental quality?

The simplest, but most direct answer? Divine Grace, channeled through the cast, crew, writer and Director. Capra was a cinematic genius as well as a spiritual man, a connection that served him well. Attributing life and power to light and sound is, in a sense, experiencing grace.

What was your favorite film to analyze and why?

For Tom, it was Birth, because of the director’s (Jonathan Glazer) gleeful malice in pushing beyond, not what we imagine but, beyond what we can imagine.

For me, it was The Wizard of Oz, because it contains virtually all the spiritual wisdom necessary for an enlightened existence, with singing, dancing, and glorious Technicolor..

What do you hope readers get out of this book?

For Tom, a realization that there are better ways to spend your finite time in this incarnation than suffering  anxiety or fear of  death and the unknown.

For me, a sense that life and death are not so very different; that “what is found now is found then” and that, to mix metaphors, “It’s still Christmas” — we still have a chance to open our hearts and to discover right action.

To read an excerpt from Death at the Movies, visit the Patheos Book Club here. 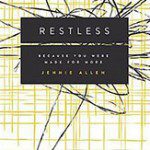 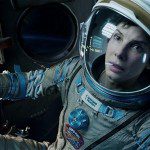 February 13, 2014 Gravity: Technology and Transcendence
Recent Comments
2,492 Comments | Leave a Comment
Browse Our Archives
get the latest updates from
Take and Read
and the Patheos
Entertainment
Channel
POPULAR AT PATHEOS Entertainment
1

First The Chosen, now The Covenant...
FilmChat
Related posts from Take and Read

'Dear Evan Hansen' Director Stephen Chbosky Talks Releasing...
As the long-awaited big-screen adaptation of the Broadway musical “Dear Evan Hansen”...
view all Entertainment blogs
What Are Your Thoughts?leave a comment