All Good Stories Begin with Questions: Why I Wrote The Master Yeshua 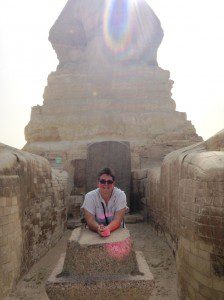 Many people have asked me why I chose to write The Master Yeshua. The life of Jesus has been told and retold so many times that there’s hardly anything new to say. Another friend, a Roman Catholic, even worries that the book’s unorthodox elements will get me in trouble, or at the very least, loads of hate mail.

This book is every bit as much about Joseph, the narrator, as it is about Jesus.

And there are many new things to explore. Though scholars naturally argue about it, most are agreed the community at Qumran, likely the Essenes referred to by Josephus and Philo of Alexandria, were behind the Dead Sea Scrolls. And some of those scrolls seem concurrent with Jesus. What does that mean? And we also now have the Nag Hammadi find, with codices rich in alternative and hitherto unknown stories about Jesus.

I entertained the question: what if some of this material is actually historical? Or every bit as historical as the canonical gospels?

What if the Talpiot Tomb really is the tomb of the family of Jesus? And the bones in the ossuary marked “Jesus, son of Joseph” are truly those of Christ?

What would it have been like to see your uncle, just a man for all you knew, being morphed by theology into a god? To hear of claims that your uncle, whose bones lay in an ossuary in a tomb that you yourself had seen, was not actually there? That he instead had come back to life and walked the earth in the same body three days after his crucifixion?

So, all good stories begin with questions, with “what ifs” such as these.

I don’t want to give away the ending, but I will say this. Joseph tells us his truth. It’s no less a miraculous story, but it’s a different story all the same. And if we listen closely to him, we’ll find we have within us the power to transform the world.

Read an excerpt from The Master Yeshua at the Patheos Book Club here. 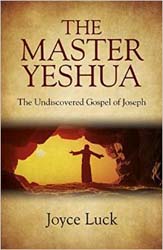 Joyce Luck is a writer, teacher, an amateur painter and guitarist, a mystic, thinker, and, basically, a walking question mark. She was born in Richmond, Virginia, but over the years migrated westward to California. She holds degrees from Randolph-Macon College, the Pennsylvania State University, and San Francisco State University. She’s been a community college professor of English for over twenty years, married for ten of them, sober for five of them. She has published numerous articles in print magazines such as Girlfriends and theBay Area Reporter, fiction in Lodestar Quarterly, and one nonfiction book, a rock biography about Melissa Etheridge, titled Our Little Secret.

June 1, 2015
On Biblical Manhood: A Q&A with Author Carolyn Custis James
Next Post

June 3, 2015 Design Your Own Pilgrimage: A Review of 'The Soul of a Pilgrim'
Browse Our Archives
Related posts from Take and Read