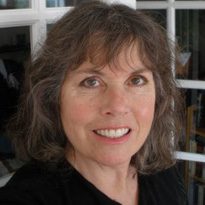 “We’re still living in a male-oriented world, although it’s changing, and one thing that’s helping to change that orientation is exposure to women’s voices. Just as exposure to the voices of other cultures, other races, other religions, other forms of art, and other gender orientations is helping to broaden all our minds and enrich our cultures. We have to get past the resistance to reading works by people who aren’t exactly like us—either because we don’t relate to them, or because we’re suspicious of them—and become curious instead. As soon as we become curious, we open our minds.” — Jody Gentian Bower, author, Jane Eyre’s Sisters

In the new book Jane Eyre’s Sisters: How Women Live and Write the Heroine’s Journey, cultural mythologist Jody Gentian Bower looks at the heroine’s journey, and how it’s been told throughout the years in novels by women — and some men — as well as biographies of women. What she finds is a different narrative than the traditional masculine heroic quest model; but rather one more accurately captured by the character of Aletis, the wandering heroine. 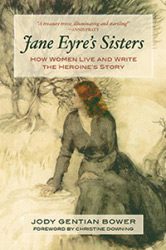 What compelled you to write Jane Eyre’s Sisters? And what inspired the title?

After I started noticing this same plot & cast of characters in novels by women, I got curious and went looking for books on the topic. I didn’t find any—that is, I found books about “The Heroine’s Journey” but they were almost all based on Joseph Campbell’s Hero Quest story, and that was not the story I was seeing in the novels. The story I saw was very different! Finally I decided that if I wanted to read a book about this, I would have to write it myself.

My first title was She’s Leaving Home, referencing the Beatles song, but while I was attending a writer’s conference the phrase “Jane Eyre’s Sisters” came to me, because it seems to me that so many famous heroines of women’s literature are in fact “sisters” to Jane Eyre, they want the same things, they have similar experiences. I spent the weekend running the two titles by people at the conference. I found that whenever I said “Jane Eyre” people perked up and got interested. So I went with that (my book editor also liked it better).

You avoid the term “heroine” when describing a woman’s journey, preferring instead the Greek work “aletis’. Tell us about that choice.

I talk about this in book. The word “heroine” strikes me as a diminutive form of “hero,” as if a female hero is somehow less than a male one. Like saying “woman doctor” instead of just “doctor,” as if a woman doctor is not the same as a doctor. Also, the kind of courage that the aletis shows is not the typical kind of heroism, which is usually a one-shot thing where the hero does the single thing that saves the day or makes everything okay. The female protagonist of these stories has to be brave for a much longer time and against many different challenges. I found a lot of possible alternatives used by others, like “she-ro” or “hera,” but again, they were based on “hero.” When I ran across the word “aletis” and found that it means “wandering heroine,” that seemed to fit the story much better.

What do you think makes the Aletis, or wandering woman, so compelling in literature?

The fact that not just women, but men too, keep writing her story—and that those stories stay in print 200 years or more after publication—says to me that this story is meaningful and has been meaningful for centuries. We don’t keep reading stories about characters that people don’t relate to; the stories that stay alive speak to people. In short, they are true stories. People instinctively feel that the story of a woman who has to go on a journey to find out how to live as her real self in a society that wants to deny her individuality is a true story, a story they can relate to. In fact, not just women but men tell me it is their story.

You express frustration at the conventional archetypes for women such as the Maiden, the Mother, and the Crone. What is it about these archetypes that is limiting to women characters?

It’s not that they are limiting in themselves, but that there are more options out there than just three! I think this idea of three stages of life is an outdated one, a holdover from the days when almost all women became mothers and then, when their mothering days were over, were “old.” That’s not true today. Many women choose to be childless, and many who have children also have careers. Plus, medical breakthroughs have meant that most of us are still “youthful” at 40 or 50 when the children are grown & gone and can look forward to many more years of active engagement in life before we start to think of ourselves as crones. So instead of three acts in life, I see four—and the third act between Mother and Crone may be the best of all!

The stories of women you consider in your book include those from sci–fi and fantasy genres. Why were those stories important for you to include?

I like to call these genres “speculative fiction,” because the authors working in these fields aren’t just writing about robots or rocket ships or elves, they’re thinking hard about what people might be like in the future or under different circumstances. What would our societies be like if magic was real? What would they be like if in the future we could live 300 years? What if we were hermaphrodites, both male and female—how would that change our culture? In short, these books take bold steps of imagination and ask us to stretch our own ideas about not just who we are, but who we can be.

How can women-focused narratives transform the world?

We’re still living in a male-oriented world, although it’s changing, and one thing that’s helping to change that orientation is exposure to women’s voices. Just as exposure to the voices of other cultures, other races, other religions, other forms of art, and other gender orientations is helping to broaden all our minds and enrich our cultures. We have to get past the resistance to reading works by people who aren’t exactly like us—either because we don’t relate to them, or because we’re suspicious of them—and become curious instead. As soon as we become curious, we open our minds. You don’t have to agree, you don’t have to believe what they say, to be curious. Be curious about that person who has a different religion. Be curious about that person who holds different political views. If we could learn to do this with books, we could learn to do it in all aspects of our life.

Is your book just for women? Who is the target audience for Jane Eyre’s Sisters?

The target audience is anyone who is interested in the whole field of heroic quest/heroine journey stories. That includes anyone who loves or writes novels or movies and television shows, anyone interested in literary theory, anyone interested in psychology—no, it’s not just for women! Women may of course be more likely to see themselves in the book, but I’ve had several men tell me that they never related to the Hero Quest story and that the Aletis story fits them too. The reviews on the book by the men who’ve read it, especially those who are writers or film-makers themselves, have been positive.

What do you most hope readers take away from this book?

That there is amazing wisdom in the stories women write, a wisdom that hasn’t yet been explored fully and needs to be, because it can be of great help to both women and men.

Read an excerpt from Jane Eyre’s Sisters at the Patheos Book Club here.

June 16, 2015
Boundless: What Global Expressions of Faith Teach Us About Following Jesus
Next Post

July 9, 2015 Dissecting Patriachy and Biblical Manhood: A Review of 'Maelstrom'
Browse Our Archives
get the latest updates from
Take and Read
and the Patheos
Entertainment
Channel
POPULAR AT PATHEOS Entertainment
1