Dissecting Patriachy and Biblical Manhood: A Review of ‘Maelstrom’

To appreciate quality, we must slow down. In fact, quality insists that we slow down. Anyone can snarf down a bag of White Castles; they seem designed to be eaten quickly. But we cannot just wolf down marinated chicken kabobs with rice and tabbouleh, hummus on the side and a square of baklava to finish. Anyone can hit a Beach Boys or Jimmy Buffett concert sitting outside belting out the old tunes while wearing fake parrots of various kinds. But you have to concentrate to listen to “Te Deum” by Arvo Part or many things by Billie Holliday. We can bake on the beach with almost any whodunit; Shakespeare draws us in, captures us and makes us pay attention. 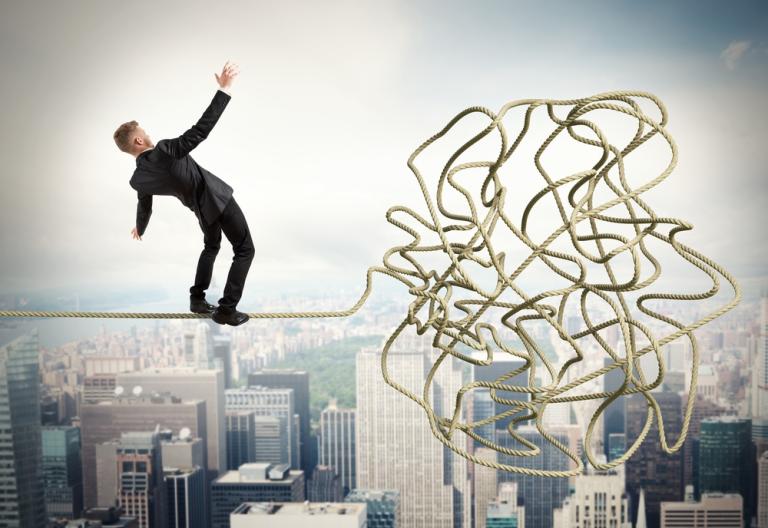 Carolyn Custis James does this with her latest book, Malestrom: Manhood Swept into the Currents of a Changing World. Carolyn cares that both men and women get mixed signals both from the surrounding culture as well as from inside the church as to how they relate both inside and outside of marriage. Some of these make for unhealthy relationships that cripple men and women; some actually underscore violence against women and men. As the patriarchal model claims to have much biblical support, she takes special care to discuss and dissect it. This includes the whole “my wife speaks under my authority” thing prevalent today in many highly visible ministries. Without getting into personalities, whenever I see a woman speaking or teaching like this they always seem cowed, crunched and stiff. 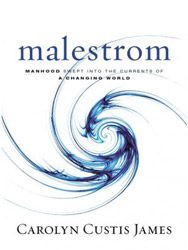 Carolyn makes us read slowly by doing two primary things. She writes well. She makes us want to read what she writes by framing it in attractive prose pleasurable to read. But beyond that, she uses Scripture very well. From one angle, she should since she lives in a seminary community where she’s surrounded by a theological faculty (I’m jealous) who sharpen her thinking. From another angle, this book is stuffed tighter than a sausage with Scripture and I don’t just mean a barrage of proof texts. Carolyn digs deeply into the stories of biblical women like Tamar, Ruth and Deborah and she makes us do the same. We’ll find we know very little about these and others we thought we knew as Carolyn does sharp historical/cultural background work that makes us think and rethink (which can be upsetting).

Our culture reaps a bitter harvest over what one chapter calls “The Father Wound”. It describes the yawning hole left in lives of young men (and young women) when their fathers failed to invest in and affirm them as men (and women). I recently saw a movie about the Lafayette Escadrille (expatriate pilots flying in World War I). One young man dropped out of Harvard to go to France. His father expressed his contempt for the son’s choice in the most ruthless cutting terms. When asked why he came to France, the young man said, “To show my father that I’m a man.” When they said his father would surely be happy if he scored a kill in combat, he replied, “Only if the plane that crashed and burned was mine.” The even sadder truth lies in that those who receive the “Father Wound” are very likely to pass it on.

Carolyn also makes us think about power – not just spiritual power. All forms of power are spiritual as they can sway in the winds of both good and evil. And all forms of power, except for the power of the Holy Spirit, are sticky. Power received is not often power easily relinquished. Workplace, politics, education, family, gender role issues, religion and other arenas bristle with power issues. Who’s got it? Who doesn’t? Who wants it and why? A lot of the issues evidenced in the biblical people in Carolyn’s book lie caught, sometimes unawares and sometimes quite intentionally, in power struggles and lusts to control.

This is what makes her closing chapters on Jesus so compelling. Don’t cheat and run to the end first or early. We cheat ourselves of the impact that always comes with encountering Jesus Christ in His many dimensions. Jesus as the bridegroom who lays down His life for the washing and cleansing of the bride is one strong man. The contrast striking the reader, after working through the meaty text of this book and then arriving at Carolyn’s writing on Jesus, really jars one’s thinking in two ways. One is, “Wow, this is light years away from what we thought we knew and even further from what our culture displays. The second will be what happens when good writing/teaching helps us see what we intuited but couldn’t put into words.

Thankfully, Carolyn Custis James has done exactly that. Preachers and teachers will find much grist for their mills and small study groups will find it invigorating chewing as well. With the current gender discussions in the culture being in a somewhat agitated and fluid state, it would be great to see Carolyn craft a response using the fine biblical tools she bring into play here.

Read an excerpt from Maelstrom at the Patheos Book Club here!

July 9, 2015 Moving Toward Divinization: A Review of 'Broken Gods'
Browse Our Archives
get the latest updates from
Take and Read
and the Patheos
Entertainment
Channel
POPULAR AT PATHEOS Entertainment
1

What has Athens to do with Jerusalem? A...
Review of Louis Markos' "From Plato to Christ: How Platonic Thought Shaped...
view all Entertainment blogs
Copyright 2008-2021, Patheos. All rights reserved.