The Paranormal Conspiracy: A Q&A with Author Timothy Dailey 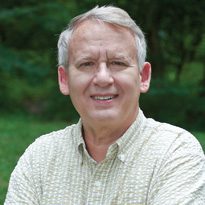 “The Paranormal Conspiracy tells the stories of those who became deeply involved in otherworldly phenomena, often with tragic results. I wrote the book for those who are seeking answers regarding everything from ghostly beings to Bigfoot to UFOs—and are open to a biblical perspective on these enigmatic topics.” — Timothy Dailey, author

We are witnessing an exploding fascination with the paranormal that has coincided with the decline of the influence of Christianity in our culture. As G. K. Chesterton famously observed: “When men choose not to believe in God, they do not thereafter believe in nothing, they then become capable of believing in anything.” The Paranormal Conspiracy: The Truth about Ghosts, Aliens and Mysterious Beings tells the stories of those who became deeply involved in otherworldly phenomena, often with tragic results. I wrote the book for those who are seeking answers regarding everything from ghostly beings to Bigfoot to UFOs—and are open to a biblical perspective on these enigmatic topics. 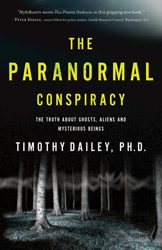 The book begins with a touching love story between a couple that had been married for half a century. What does that have to do with the paranormal?

At its heart this is a book about love and the search for ultimate meaning and how the forces of darkness attempt to subvert our deepest yearnings. There is an underlying theme of spiritual warfare. A diabolical conspiracy is afoot—a plot to lead human hearts and souls eternally astray. The evil one seeks to corrupt that great and wonderful truth that can give meaning and purpose to the human heart: “God is love.” John and Hilda Silva’s old-fashioned romance of a bygone era reflected that divine love, what Viennese psychiatrist and holocaust survivor Victor Frankl called “the ultimate and highest goal to which humans can aspire.”

In the chapter titled “The Doors of Perception,” you discuss the enigmatic writer Carlos Castaneda’s descent into shamanism. What spoke to you about his life and work?

There is a moving passage at the end of Castaneda’s third book, Journey to Ixtlan, that lays bare the hopelessness at the heart of his shamanistic journey. In the passage, fellow shaman don Genaro poignantly related how, when he was a young man, his “ally”—or spirit guide—mystically transported him away from his village (Ixtlan) to a faraway place, forever separating him from everything he knew and loved. Through the years don Genaro found himself on an endless “journey to Ixtlan” that would never lead back to his familiar village. Realizing that he had already begun the same forlorn quest, Castaneda relates that he was engulfed in “a wave of agony and an indescribable loneliness.” Indeed, as the years passed he led an increasingly isolated life under the influence of a shadowy cadre of followers, prompting the New York Times to note after his death that “Carlos Castaneda’s life and work played out in a wispy blur of sly illusion and artful deceit.” One of my goals for the book was to unveil for the reader the dark side of the shamanistic practices that have become so trendy.

You also discuss UFOs. What’s your take on the Extraterrestrial Hypothesis (the theory that UFOs are nuts-and-bolts craft from distant galaxies)? How do they tie in with other phenomena such as Bigfoot?

Enrico Fermi posed an objection to the Extraterrestrial Hypothesis that has never been satisfactorily answered. In what has come to be known as the “Fermi Paradox,” the famed physicist observed that the presumed evolution of our galaxy meant that there must be other planets that harbor advanced civilizations that are millions of years more advanced than our own. Given our own interest and progress in exploring our own solar system over the last half-century, civilizations with millions of years of time to develop technology with which to explore the galaxy would long ago have visited and even colonized earth. Thus Fermi asked the seminal question: “Where is everybody?” In a similar vein Carl Sagan once questioned why the supposed intergalactic visitors never make their presence known in some indisputable manner such as commandeering the nation’s television sets for an evening or appearing before the United Nations Security Council: “Surely this is not too difficult for those who wing across the light years.”

Interestingly, UFOs are sometimes seen during Bigfoot sightings. Indeed, a wide variety of mysterious phenomena appear to be interrelated, and share two seemingly irreconcilable facts. The first is that there is no shortage of reliable witnesses who report seeing the phenomena. Despite many credible witnesses there continues to be a dearth of physical evidence, which indicates a metaphysical origin. In The Paranormal Conspiracy: The Truth about Ghosts, Aliens and Mysterious Beings, I suggest that the various phenomena are part of a larger plot to bring about a cultural transformation of society away from the Judeo-Christian worldview to shamanism.

Our culture seems obsessed with “The Zombie Apocalypse.” What dark forces are behind that “paranormal conspiracy”?

While zombies are largely a Hollywood creation, they are tapping into something very old within our brains, specifically a primal fear of dark primordial forces that stalk the modern world. Those living in non-Christian cultures are often more aware of these malevolent beings, and live in terror of them. In such societies it is the role of the shaman to appease the evil spirits through the use of potions and magical incantations, etc., with decidedly mixed results. Increasing numbers of people in Western culture welcome the descent into the world of the sorcerer, unaware of the momentous consequences of exchanging belief in a universe governed by a loving God for one ruled by capricious spirits seeking the destruction of souls.

It seems daunting when we consider all of the dark forces at work all around us. Tell us about the hope we can have to overcome the diabolical “paranormal conspiracy” working against our hearts and souls. How can that be “utterly thwarted”?

In the book I discuss veteran UFO researcher Joe Jordan, who came across some unexpected evidence during his investigations of those claiming to have been abducted by aliens. Typically the victims of such traumatic experiences find themselves powerless and at the mercy of terrifying beings that perform crude and painful “medical procedures” on them. Thus Jordan was taken aback when he came across abductees who reported instant deliverance after crying out in the name and authority of Jesus Christ. This indicated to Jordon that the “alien abduction” experience is actually a modern variation of ancient demonological phenomena. He continues to compile hundreds of cases in which fearsome alien entities fled after being rebuked in the name of Jesus, never to return again.

What do you most hope people take away from this book?

I would like the reader to be encouraged that even though a nefarious plot against hearts and souls is afoot, all is not lost! The Paranormal Conspiracy includes harrowing stories of those who became immersed in various paranormal and occult phenomena in their search for love and ultimate meaning. Yet the diabolic interdimensional forces have constraints placed upon them, and while they may appear to succeed for a season, their final defeat is certain. Let us take great comfort in the One who is greater than the forces of darkness, which have only fear, chaos and hopelessness to offer: “For in Christ all the fullness of the Deity lives in bodily form, and in Christ you have been brought to fullness. He is the head over every power and authority” (Colossians 2:9–10).

Read an excerpt from The Paranormal Conspiracy at the Patheos Book Club here!

July 20, 2015
Curious about Christianity? A Review of 'Tweeting with God'
Next Post

August 13, 2015 Daddy God: A Review of Abba's Heart
Browse Our Archives
get the latest from
Take and Read
Sign up for our newsletter
POPULAR AT PATHEOS Entertainment
1