Five Reasons There’s No Getting Past Religion

By David Dark
Author, Life’s Too Short to Pretend You’re Not Religious 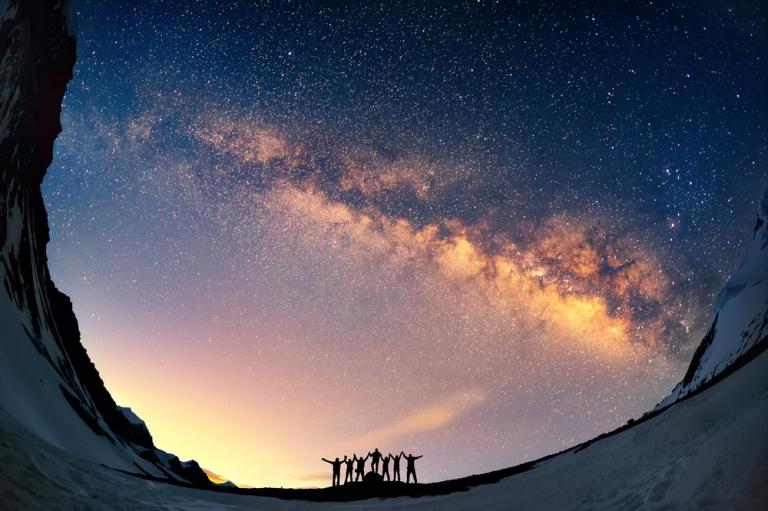 Five Reasons There’s No Getting Past Religion

5. The universe is made of stories.

So says the poet Muriel Rukeyser. One person’s guiding story might involve sprinkling water on babies while speaking particular words in the presence of others. Another’s could require an oath of allegiance addressed to a flag. One’s might demand the beheading of journalists while someone else’s deems unfortunate, but also necessary, the deaths of innocent civilians in the liturgies of an alleged homeland security. Our commitments tell our controlling stories (Read religions), and there are as many as there are people. Throw a rock and you’ll hit one.  Most blessedly and beautifully, our stories can change.

Our big ideas have nowhere to happen but bodies. In this sense, my religion is the shape my love takes, the direct devotion of my energy and resources, for better and worse. Or, to a borrow a phrase from a well-known, Jewish peasant artisan, you’ll know me by my fruit.  To drive this point home, I like to tell my students I suspect they all have weird religious backgrounds. Puzzled looks ensue. Let me explain: “I imagine many of you were raised capitalist, for instance.” There’s usually at least one appreciative nod. We’ve each received instruction, a multitude of catechisms on any given day. How’s your religion coming along? Do you like what your life says? Take your time on that one.

Your religion is the story you tell yourself about yourself to others. Show me your online history, your gas mileage, your receipts, a transcript of all you’ve done and said on a given day and we might begin to assemble a rough picture of your religious identity or, more generally, the witness that is and will have been your one wild and precious life. We’re never not broadcasting, testifying, worshipping, and making plain our core commitments. Did we somehow think there was an off-switch to our beliefs, our values, the expenditure of soul? There isn’t.

2. There’s no future in your frontin’.

Why not hold our enthusiasms out with open hands? We can play at detachment. We can act as if it’s only other people with baggage, strange ideas about how the world works; only other people who exist within a context. But how alarmingly uncool is that? As MC Breed once observed, there’s no future in our frontin’. When we deploy the word religious, we mustn’t speak as if we’ve gotten to the bottom of another person with an adjective, an adjective we’re unwilling to see applied to ourselves. Why not don the mantle of the merely human and see ourselves as human beings among human beings? Do we hope to extricate ourselves from the fact of other people?

Martin Luther King Jr. once observed that a simple morning ritual involving coffee, a newspaper, an egg, and orange juice had him instantly enmeshed within the labor, the long liturgy, of other people’s lives, a lengthy supply chain involving countless, infinitely valuable bearers of the divine image, an image, he was fond of saying, that remains in play even among the most hateful and violent behaviors of the human species. According to this vision, enmeshment is non-optional. There are no unrelated phenomena. There’s no escape from the question of right relationship, the question of neighborliness, the question of religion. Relation is all. Or, as Fred Rogers once put it, “We are intimately related. May we never even pretend that we are not.” But pretend we do, and degradation follows. To deny religion, to deny my own involvement within and my own indebtedness to the lives of others is to opt for an illusory and isolated sense of self, the very self that might very well gain a world of supposed power and profit but only at the forfeiture of soul. I propose that we not play that way. In the Birmingham Epistle,  King offers an alternative way of seeing, a more realistic vision in which we know ourselves to be caught up in an inescapable network of mutuality; not apart from the workaday world of far-flung humanity but a part of beloved community. Why not live into the fact of relationship? Maybe life’s too short not to.

Visit the Patheos Book Club to read an excerpt from David Dark’s new book, Life’s Too Short to Pretend You’re Not Religious.

January 19, 2016
Becoming a Recovery-Friendly Church: A Q&A with Jonathan Benz
Next Post

February 22, 2016 40 Days of Decrease: A Different Kind of Lent Book
Browse Our Archives
Related posts from Take and Read