You whose books and articles I have bought, read, collected, and reflected upon throughout my spiritual journey spanning two decades…

You who have fought for the recognition of women’s spirituality and rights, to be able to practice, to be respected and accepted, to rebuild the mysteries, to reclaim personal power…

You whose websites I have designed, products I have reviewed, rituals I have attended – and in turn you have supported my work and my art….

There is something seriously wrong in Paganism right now.  Some of you are doing great things about it, and for that you are true elders and leaders of your paths.  Others stand steeped in hypocrisy, their actions staining all of the work they have accomplished while they tear at those around them – and my heart is full of anguish for both you and those you lash out against.

Some of you are old enough to be my mother, and I could have given birth to your grandchildren. I myself am somewhere in the middle area of things – both too young and too old depending on who you ask.  But for all of our visions of the wise old crone, life has taught me that age does not always bring wisdom, and in some instances, it steals it.  Sometimes it causes us to become stuck in the past.  Sometimes it makes us see issues that are not there, when there are very real things on the table to be considering.

The macrocosm reflects what is happening in the microcosm.  We’ve seen growing progress for women’s rights in the workplace, home, and beyond over the last 40 years. The last few years have brought major media coverage and progressive legislation dealing with gay marriage and rights (a fantastic blessing), while also seeing a backlash against those who are transgender and outside of the traditional binary identification.  The whole bathroom controversy is beyond ridiculous, and I’m happy to report that while recently touring in North Carolina, most businesses were just as vocal against the laws, declaring their restrooms to be gender-free.  Most people get it and don’t fall prey to media and religious conspiracy. Yet I’ve heard of real instances where people are being turned away from rituals at Pagan conventions because they didn’t appear to possess the right reproductive equipment.

Ritual is sacred space, and I honor and respect the need/desire to craft it to suit your needs and that of your group.  But I have learned over the last mere twenty years, that’s something you do in your personal, private practice, not at a convention that’s about accessing and respecting all paths. When I attend a ritual that is not of my path, I understand that I am expected to behave respectfully, regardless (and that includes attending Catholic or Jewish services, not just Wiccan, Druid, or Santeria) – and that I am welcomed there in the spirit of understanding and sharing.

There is not a secret conspiracy to undermine women’s spirituality by sending in undercover men to disrupt and steal the rites. All the hard work you have done is not undone by a transwoman (in my eyes, a woman regardless) participating in your rites.  I am absolutely sure that no one walking that path would go through all of the turmoil, heartache, and difficulty involved, just to be a covert operative.

I am also sure that by now, surely we’ve come to realize how many “real” women are left out of the Triplegoddess model.  Why would we the progressive define maiden and motherhood strictly by the introduction of sex and pregnancy?  When girls are getting their first periods at age 9, they are not ready to be women just because our food has too much hormones in it, so we see we must adapt and change.  Why should I be defined by my vagina or my ability or inability to have children? We know that just because someone has a hysterectomy, they’re not instantly a crone right? We don’t want to be defined by those elements alone. Isn’t that what you were fighting for? For us all to be equally respected and to raise up humanity together?

Now is not the time to take the position of your former aggressors and to become the bullies, threatening transfolk and their allies.  How can we of the marginal path, in turn further marginalize and attack those of our own path? Wasn’t that part of all of that fighting years ago to say we are MORE than what is between our legs? You can NOT define us on how you can fuck us, but to see us as people, as equal individuals?  And to bring forth the sacred concept that the divine is open, expressive, and wide? That it represents ALL OF US?

It truly hurts my heart to see such hate, fear, and close-mindedness from people who were at one time hailed as pioneers. It is a valuable lesson for myself, and I hope it something I will remember when I am your age.  I hope to be kind, compassionate, understanding – strong in my being and beliefs, but flexible as the Willow is to the winds of change.  One thing I have learned from my own mother is that we all can react, but it’s how we respond and grow from that reaction that shows the true test of strength and grace.

Most importantly, we all need to recognize the following if we’re going to be moving forward:

The uplifting of a group (race, gender, ability, religion) denied rights, visibility, recognition, and respect does not diminish any other group. There’s always room for respect and understanding at the table of life.

May the legacy you have worked for in the past and forging now be one that leaves the oncoming future filled with a greater sense of compassion, understanding, and equality.  May we all be able to not only see the divine within ourselves, but those around us. 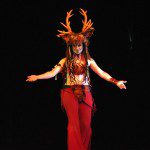 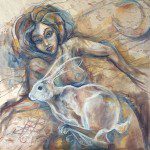 June 14, 2016 The Magick of Words
Recent Comments
0 | Leave a Comment
Browse Our Archives
Related posts from A Modern Traditional Witch