I do a lot of contemplating on the road, especially when I’m driving on long car trips – typically fueled by whatever podcast, music, or program I’m listening to, or some discussion I’ve read before taking over the wheel.

Recently, on our trip home from California, a thread on a friend’s page about pronoun preference got me thinking about gender identity.  I wasn’t overly familiar with the topic of pronoun preference prior to moving to Seattle 4 years ago, beyond fully supporting friends’ and folks’ preference to have their requested pronoun used.  You don’t decide what someone is named or how they are identified, they do.  It just makes sense: you call people by what they want to be called, whether it is in regards to their name or pronoun, end of story.

But what tripped me up was being asked what my preference was, and realizing I didn’t have one.  I consider myself genderfluid with no particular attachments to pronouns, and while driving through Northern California into Oregon, I reflected on my nearly 4 decades on this planet on how I arrived there – and what does this mean in terms of magick and spirituality?  I would like to share with you some of my musings:

I like to say, I was born the youngest of three boys.  Although my parents were (from what I am told) overjoyed to finally have a girl (even if by surprise), they were used to raising boys. And with my brothers being 7-9 years older than me, I thought the world of them, doing my best to emulate them.  Unless ponies/horses/unicorns were involved, I was not a fan of playing with dolls, and spent a lot of time outside overturning rocks, collecting snails and turtles, playing with sticks and matchbox cars, surfing and street hockey.  I had very short hair off and on throughout my childhood, often resulting in misgendering by adults not familiar with me.  I borrowed (stole) my brothers shirts and envied their swimming trunks and wetsuits.  I raged that I couldn’t be an acolyte (an altar boy/girl) like my brothers nor anything besides a nun in the Catholic Church. I petitioned the school so I could play hockey with the boys in 6th grade during recess and won.

Which is also about the time that puberty began to hit.  I wouldn’t get my period until I was 14 (on my birthday no less, the last day of 8th grade), but that didn’t stop the hair from coming in on my arms, legs, and elsewhere – my classmates noticing it before I did. And it wasn’t like I was the only Italian/part Italian kid in the class, but I was that girl.  Grandmom’s electric razor (not recommended), wearing a 28AA bra (not recommended either), saying I thought certain boys were cute or having posters of male celebrities in my room (Davy Jones, Richie Valens, etc), nor going on a date when I was 13 didn’t stop any of the bullying I received – mostly directed at my body and what they perceived my sexuality to be.  I didn’t exactly understand why I was being called a dyke, butch, and other labels, but I fought against it regardless.  It took decking a boy and calling him pitiful to get it mostly stop from the boys, but the girls were still just as bad.

Then when I was 15, we moved to South Carolina, and it was like all of that was erased.  No one teased or bullied me. I didn’t really date anyone, but had a number of close guy and girl friends that I hung out with, somewhere in the middle of the social pool.  I was fairly oblivious to advances from any of my friends, exploring things more in-depth online via IRC, meeting people from all over in the early days of the internet.  One of those folks I met in person, married, and through that 15 year period discovered other Pagans and Witches, spirituality, bisexuality, asexuality, became a professional dancer, and learned how to both survive and to break cycles – to put it succinctly.

In terms of Paganism and Witchcraft, I made a headlong dive into discovering the Goddess, trying to find “the power within” as a woman, reclaiming it, raging against the inequality, fighting as a priestess.  I soaked up all of the feminist literature and especially Dianic-leaning Pagan writings from the 70’s-90’s.  I turned my head and heart away from anything masculine spiritually, and my art was incredibly yonic in nature. However, a God came knocking anyway, and I realized that in order to truly find my “power”, I needed to acknowledge all of me.  But it still took a long time to sink in.

I was further reminded of it upon discovering over the course of the last 5 years that my ovaries and uterus are not especially well-designed or particularly capable.  I hadn’t wanted children for most of my life, but with my new partner, it was a new door of possibility.  What does it mean to be a mother, or not being able to be one physically?  If the major definition of being a woman is the ability to give birth by way of uterus and ovaries, what if you can’t? Is it owning a vagina? I think back to my ex and I can’t say that it’s a penis that makes someone a man either.  I make, I create, I nurture, and I do so without the use of reproductive organs.

And then there’s bellydance. One would think that being a bellydancer instantly means being the epitome of feminine, at least in the classic oriental mythic sense.  Yet it truly is a dance for all genders, ages, etc.  I took up dancing to get control over my body and to be able to use it more effectively in ritual, not to become more feminine.  The innovations I have brought to the dance collectively have pushed against the standards of beauty and power.  I never was a pretty show pony, and I don’t think I’ll ever be. But I’ve danced as Kali Ma, as the Horned God, as Hekate, as an avenging angel, a siren, La Llorona, a Rusalka, Death, a peacock, a genderbending deity, a coyote, a stag, and a femme fatale to name a few.  I wasn’t drawn to create those pieces strictly on a masculine or feminine context.  They are pieces of me.

I think of language, and in learning the romance languages (especially Spanish), the concept of masculine, feminine, and neutral gender. Why is the table feminine and the chair masculine?  What’s the importance behind assigning gender to furniture or cars or buildings? Why? Besides filling out the language, possible patterns and rhythms, it’s rather pointless overall.

Lastly, I think back to my rage over not being able to be an acolyte, which also meant never being a priest (at least at that time in the Catholic Church).  To my 6 year old self, it just seemed so unfair, and even at that tender age, I recognized the deeper slant: that those with certain genitalia got to be closer to God and to control the rites and rituals.  But it’s not just about gender or sexuality – it’s about denying someone the right to talk and work directly with God.  To say that someone is somehow more or less holy or worthy because of their reproductive organs, or whom they love is nonsense. NO ONE should deny anyone of that, regardless of gender, sexuality, ability, size, color, etc. Just because I have a chalice doesn’t mean you get to stick your athame in it. You don’t have to be a woman to invoke a goddess, nor do you need to be a man to invoke a god.  The gods claim whom they wish, despite our preferences and formulated ideas.

Which is why I will fiercely fight to defend my friends, family, and folk to follow their own spiritual paths and recognize that their needs do not negate my own. I can respect their wishes and honor them, while following my own path.  If we support all of our paths and orientations respectfully, then everyone is lifted up.

In the end, the only people that my equipment matters to (besides myself for being aware of it) are my treating physician and to my partner, so they best know how to interact with me on the levels of health and pleasure. That’s it.  It’s not important to the Gods (unless you roll with them in a partner sorta way) what gender or sexuality you are, it’s who you are as a being and a spirit that matters.

And as for pronoun preference for me, your guess is as good as mine, because it’s always changing – in the end, just be respectful. 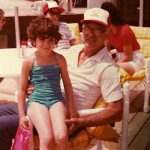