The Dangers of Witchcraft

It’s been quite a fashionable topic to talk about how witchcraft is truly dangerous, and the reasons are wide and varied.  Some are an emphasis on putting the “teeth” back into it, and others about venturing into and working with the realm of the Other. Working with blood, dirt, bones, urine, nails, poisonous herbs, flight, and thorns. The evening out of odds, a dark power tapped into, rings of oaths and seals, laws and deals.

I get it, I really do. But that’s not really why I think witchcraft is dangerous.

I recently read a snippet of an interview with Doreen Valiente, who when asked “Is witchcraft dangerous?” replied along the lines of “Sure it is, but so is crossing the street.”  (#truth) So simply she says, yes of course, all of those things are dangerous, but what is danger? And to whom? Living life is the thing.

I think we need to dig deeper into history and ourselves to discover the danger – and most importantly, to make use of it.

The Witch is the ultimate wild one, yet the Witch is of the secret order of all things, the one with the eye on the pattern beneath and within all things. It is the undercurrent of hidden knowledge that has survived the death of lineages, the loss of leaders and guides, against the tides of persecution and torture, through rapids of governments and religions.

Witchcraft is dangerous because it makes us think critically. It asks us to consider all of the angles, to defy and dispel illusions – or create them. It is the tapping into the power within. It is the harnessing of the power without. It is a triumph of personal will and celebration of essence.

It is dangerous because it is the tool of the subversive, the downtrodden, the disillusioned, and the disenfranchised. It gives voice to those who have been silenced, eyes to the blinded, sound to those whose ears were covered, and hands and legs to those who could not move.

Yes, it can be seen as a means for social reform, but witchcraft starts first with the Witch. Change can happen from just one point of origin, just one Witch, one idea put into motion.

They will tell you that the mob is powerful and can’t be changed. That society’s will is greater than yours. They will say let go, accept it, don’t think, stop being witches, play nice, conform.

They say that because they know the truth: that even one Witch has power, even just one can bring change and turn the tide. It takes just one Witch to light the cauldron’s fire and purify the drink.

Just one can make a difference, and that’s why witchcraft is dangerous.  It is the crack in the wall of false castles, the rust in the armor of old ideas, the voice of truth and dissidence against the chorus of those who would not have you think, fight, or even exist.

But you are not alone.

The world is full of Witches, and it’s time for us to get down to work, in our own ways. 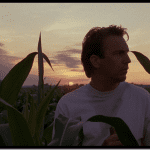 November 16, 2016
Perhaps the Answer Is In The Field of Dreams
Next Post 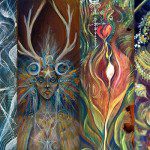 December 3, 2016 What's Mything in Your Life?
Recent Comments
0 | Leave a Comment
Browse Our Archives
get the latest updates from
A Modern Traditional Witch
and the Patheos
Pagan
Channel
POPULAR AT PATHEOS Pagan
1

The Pathetic Life And Death of...
The Zen Pagan
Related posts from A Modern Traditional Witch