Discovering The Truth of Myth 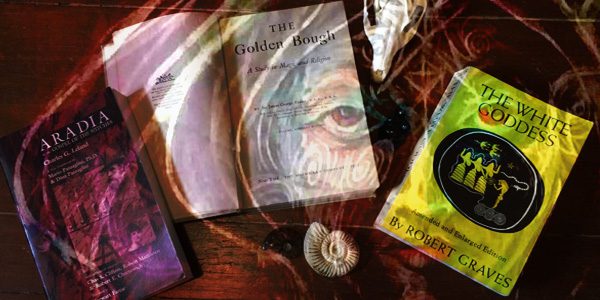 Have you ever found yourself asking, “Is this person trolling or are they really that big of an idiot?”

It’s become a more frequent question in my life over the last few months.  My eyes have rolled out of my head so many times that I’ve finally cleaned underneath my desk. (To cut down on the amount of inevitable de-cat-hairing I must do once I have retrieved my sightly orbs before returning them to their sockets.)

One of the most recent episodes has to do with opinions on #WeAreAradia that involve the dismissal of Leland’s Aradia, or the Gospel of the Witches – as, get this folks – fiction!

Oh you see, this whole time, I thought myth and folklore was supposed to be 100% factual* passed down in perfect accuracy over time.  You know, akin to the stuff the media and certain governments have been putting out lately. (*sarcasm alert)

So really, out of all of the myths of P-word-dom, that’s the one you want to take issue with as being “fiction”? REALLY? Because Athena being born out of Zeus’ forehead totally is feasible and accurate of biology.  Because Robert Graves was actually a news reporter interviewing two dueling kings (named Oak and Holly) for his book The White Goddess.  Because the Wheel of the Year wasn’t actually the brainchild of two old nudists in the 1950’s having a chat about combining ideas instead of a complete ancient calendar of feast days….oh wait, it was.

Myth isn’t about accurate representation of actual events in original source material format.  Mythology is designed to feed into our imaginations, to inspire us, to explain the world in metaphor, to teach us ideas and concepts, and to entertain us.  And at the root of all myth is the seed of truth.  But truth doesn’t always mean “fact.”  Truth is subjective, it’s a given perspective of an idea.  It touches upon reality for a brief moment, and then departs from there. 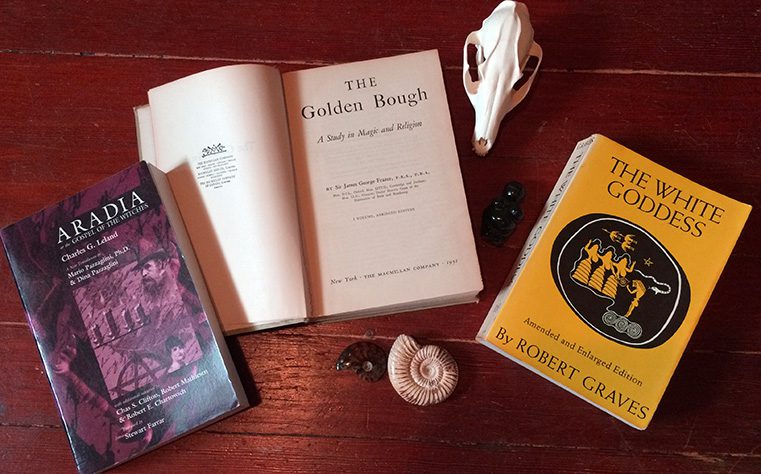 If you’d like to start beating the corpse of folklorist (and my Philly homeboy) Charles G. Leland for supposed acts against nonfiction, I suggest you may want to do a bit more research into many other writers (both of fiction and nonfiction) influential to modern Paganism before you pick specifically on just him.  Also, if you really care that much about the Aradia myth, educate yourself  by investing in a copy of Phoenix Publishing’s edition of Aradia, which includes a new translation and a slew of amazing research material that will have you thinking versus spouting off. (Spoiler alert: Maddalena existed.)

But here’s the crucial thing about Aradia: whether or not you believe in the source material is irrelevant.  Regardless if it’s an ancient myth or a modern myth, there is no doubting its huge influence on modern Paganism over the last 75+ years.  Whether you believed Leland was conned or made it up, or witches have been running around Tuscany for centuries sharing it, that doesn’t take away from the intent and power of the myth.  Was there actually an Aradia – who was the divine daughter of Diana and Lucifer and taught the people witchcraft?  It’s no less crazy than the story of an immortal Jew with the crafty habit of changing water into wine and inadvertently promoting cannibalism.

If we’re not hung up on how Taliesin survived being eaten by Cerridwen (when he was a grain and she a hen, totes normal right?) to be BIRTHED out of her (because the mysteries of reproduction right?), or the details of any other myth that refer back to possibly real and historic people – then there’s no reason to fret over Aradia’s origins either – or any other mythic story.  We’re supposed to KNOW and understand that they are steeped in metaphor.  And age has nothing to do with the power of a myth – consider Neil Gaiman’s American Gods or Tom Robbin’s Jitterbug Perfume.  Two purely fictional books that so eloquently give insight into the divine and our relationships with them.

The point of myth is to inspire us to find our own truths and craft our own stories, build our own myths and practices.  Aradia is a fantastic myth to inspire us to explore the depths of our witchcraft practice, and to not give in to the “powers that be” but to find and claim our own power.  And that, dear folks, is no fiction. 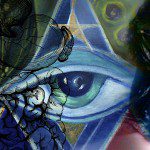 March 12, 2017 Packing for the Journey to Paganicon
Recent Comments
0 | Leave a Comment
"I love your food analogy! It probably helps that food and me have a wonderful ..."
Nic Err Witchcraft Legacy: Leggo Thy Ego
"Many of the groups in the Northwest don't have any social media presence. I've come ..."
Gordon Cooper How Not To Be a Magical ..."
"Thank you for this. I especially liked your ending comment about balance and movement. Maintaining ..."
KE A Witch’s Walk of Balance
"Durga is a good one to call upon: The Goddess with 20 arms, and a ..."
SannaWapun Dark Deities Aren’t Getting Popular – ..."
Browse Our Archives
get the latest updates from
A Modern Traditional Witch
and the Patheos
Pagan
Channel
POPULAR AT PATHEOS Pagan
1