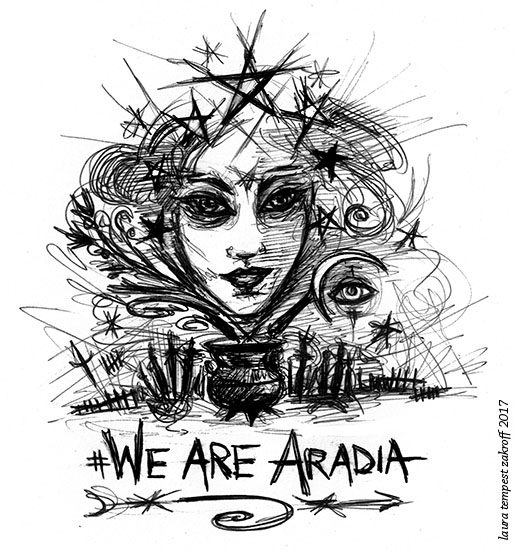 Late this past Friday (January 20th, technically the wee hours of the 21st),  I was in bed battling a cloud of uncertainty.  And scrolling away on my phone, like you do.  There I spied the following tweet from my friend Storm Faerywolf, that was a snippet of a conversation:

“Feeling like we need a real life Aradia right now.”
“I guess we need to be Aradia for each other.”
#WeAreAradia”

I nearly sent cats and Nathan flying out of bed with my excitement.  Yes I thought, that’s exactly it!

Some background: The universe has a way of poking and prodding me: “You’re done with this phase of your life, it’s time for a new one. Hey you really need to get back into making art. It would be a good idea to move 3000 miles right about now.  Also, it’s time to get back into doing the Witch thing publicly again.”  That’s a summary of the last 5 years of my life.

In late October/early November this year, I had announced that I was putting the dance festival I produce, Waking Persephone, on hiatus.  It had a great deal to do with my shifting focus on art and writing, as well as a feeling in my gut that felt like one of those universe-delivered pokes.

And as November unfolded, the veil dropped.  It became quite clear to me how important it was to be talking, walking, and teaching witchcraft. That’s where that extra energy was going to be invested in.  And so I amped up the process – including forming study groups, writing the proposal for my third book, things you have seen on this blog, etc.

Yet, the events of last week had me feeling a bit lost and under the weather – until Storm’s tweet sent a bolt of lightning my way.  If you’re unfamiliar with Aradia or the Gospel of the Witches,  a quick summary is: the Goddess Diana saw that her people were suffering from tyranny. So she sent her daughter Aradia to earth to teach them the secrets of witchcraft so they could defend themselves and rise up.

“Tis true indeed that thou a spirit art,
But thou wert born but to become again
A mortal; thou must go to earth below
To be a teacher unto women and men
Who fain would study witchcraft in thy school”
-From Aradia or the Gospel of the Witches by Charles G. Leland – 1899

There are many concerns and theories about the source material for the Gospel, but Leland’s book definitely played a role in the development of modern witchcraft traditions. However, authenticity and source material are not what I’m here to talk about.  I’m looking at the myth itself, and what it means for us today.  To use Aradia as a jumping-off point for a new story.

To me, #WeAreAradia says we don’t need a savior, or one voice to save us.  We need to save ourselves, we need to be the teachers.  We need to be the learners and the guides. We need to be the Witches.  It’s a call to stand up for your beliefs.  A message, a call to action to build and use your practices to protect and to empower everyone who needs it. I would like to also note that this is a call across traditions, genders, colors, creeds, ages, and abilities.  We can revel in and honor diversity – AND bring everyone up together.

Excited? Inspired?  Expect more regarding #WeAreAradia soon.  There are more words and more art to come. (Please do feel free to share the artwork included in this piece – these are my first sketches for the idea.) 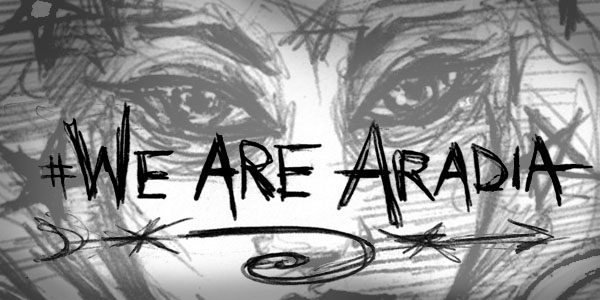 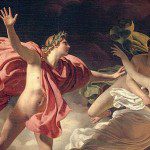 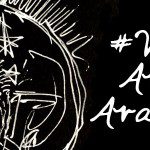 January 25, 2017 The Charge of the New Aradia
Recent Comments
0 | Leave a Comment
"Can I still use this sigil in 2022?🤔By the way, I love your blog!"
Carol P. Duarte The Encompassing Heart Sigil
"Hella sigil! Blessed Be its use!"
Pitch313 A Sigil for Reproductive Rights
"Just stumbled upon this post now - it randomly came onto my feed. I've been ..."
Kathy The Narwhal and the Playful Witch
"Thank you for this story. Now I know why my home feels so off. I ..."
Deborah Bliss In The Witch’s House, Weird is ..."
Browse Our Archives
Related posts from A Modern Traditional Witch