Secrets of the Uncommon Witch

I grew up hearing my father say, “Common sense isn’t common.”  As a young child, that idiom was mystifying, but as I grew, I began to understand its meaning. My upbringing challenged me to think critically, consider deeply, and solve creatively.  I discovered that what seemed to be obvious and unspoken truths to me, wasn’t the norm in general.

The same is true for Witchcraft. Some of the traits and abilities I value and admire the most are often overlooked for more “sexy” ones in the larger population.  (In this mirror, my normal is somewhat abnormal, but I’ve had a lifetime to get used that.)  What’s even more fascinating is how dualistic they can be in nature.  As with the tendency of black/white thinking, it be very easy to become unbalanced if you believe one side trumps the other.

So in the interest of exploration, the following are 3 pairs of skills/abilities/talents I believe are essential to Witchcraft.  They may seem obvious to some, but sometimes that which is in plain sight is the most elusive.  The least sparkling object may keep the greatest jewel.

Observe & Obscure
Witches watch.  We consider signs, signals, and symbols found in nature, in people, animals, and liminal spaces.  Through our observations, we reveal and divine, we make careful choices.  We bring knowledge and wisdom into the light.  Yet at the same time, we know the value of obscuring, of hiding, and of illusion.  We are familiar with the safety found within the dark and that which is hushed under velvet layers.

Listen & Speak
Witches listen.  It’s part of the Observation skill – but we don’t listen just to respond or to know when to speak. We listen to understand, consider, and contemplate.  We physically hear verbal information, but we also take in the emotional, spiritual, and metaphysical context as well.  When we speak, we don’t do it to hear ourselves talk.  We don’t waste breath. Rather we speak to guide and instruct, to make a difference when it is within our power to do so.  We know our words hold power.  We don’t use them to make empty threats or pompous boasts – but we can use them as knives to cut and cleanse, as we can use them as balm to heal and protect.

Change & Rest
One of my favorite root-word theories for “witch” is “one who bends or changes.” Witches bring about change – physical, metaphysical, emotional, spiritual, mental – any and all are possible.  We can affect the microcosm to influence the macrocosm.  We can change ourselves and shift our environments.  But then there’s also the other side of change, and that is knowing when to rest, to be still, when not to act. Sometimes you just have to let things be, and sometimes it’s not your place or job to do the thing.

I will admit the skill of rest has been the hardest for me to master.  I’m a workaholic and an overthinker.  I want to help, do, make, and create.  But for my own good, as well as that of others, sometimes it’s best to just step back, and let the fields lay fallow for a bit.

Building These Skills
Honing these abilities is a daily practice and a lifelong journey.  Not only that, but they are the root of all of the more “sexy” things people are often drawn to when they start to get into witchcraft.  Want to cast spells? Better know how to observe the world around you and consider how change will work.  Tell the future? You need to be able to listen and know when to speak.  Want to be powerful? You need to know how to rest and when to be silent. 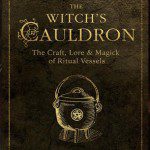 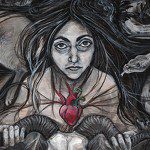 May 22, 2017 My Witchcraft Is...(A Poetry of Contradictions)
Recent Comments
0 | Leave a Comment
"I wasn't involved in a Witch war per se, but I did have a friend ..."
Amanda Ingalls The Witch’s Guide to Etiquette: Avoiding ..."
"I honestly do not get why some people get off on spreading hate. Seriously, I ..."
Amanda Ingalls The Best Banishing I Saw This ..."
"Really great idea!"
JenniWest August is Cauldron Month (Tempest-style)!
"This seems like an interesting idea! I didn't think I had a cauldron until you ..."
Aelfrey August is Cauldron Month (Tempest-style)!
Browse Our Archives
Related posts from A Modern Traditional Witch