Talking with Hekate and the Art of Conversing in Witchcraft

The following revelation will probably come as a surprise to many folks – but my rituals are largely unplanned in their structure. I’m not just talking about what I do by myself.  That includes big public rituals – and yes that means the three I just did in New Orleans.  I have a general idea of what needs to happen, and leave the rest up to the circumstances.

It’s not that I’m lazy (stop laughing those of you who know my work schedule) or that I don’t value structure.  Rather, it allows me to craft the ritual in the moment – fluidly taking into consideration the people participating, the location, and allowing for divine inspiration to happen.

Of course you can say, “Tempest, you’ve been doing this for over two decades, so it’s all old hat to you anyway.”  True, I do have a lot of experience to rely upon, but even back in the day, I was most comfortable with being able to listen to what the ritual needed versus following a precise script.

I consider this approach essential for working with deity and spirits in the way I do, especially for rituals like “Hekate at the Crossroads: A Meeting of Mind & Movement” and “Dreaming The Raven: A Morrigan Ritual.”  The former I have now done at least 5 times, and each time it is similar yet very different.

There’s a lot of different names for the phenomenon of having a deity or spirit enter your body: Drawing Down the Moon, Invocation, Being Ridden, Aspecting, Trance Possession, etc. For some it is a symbolic state, something in the realm of theater and play-acting.  For others it is a complete and total immersion and surrender of body and will.

I think for me personally, I would liken it more to a conversation  – a kind of divine conference call if you will, minus the corporate setting.  Neither is fully in control or dominating, but rather we’re actively working through a partnership of mind, body, spirit, word, and action.  As a Witch and priestess, I am fully aware of my body, the room and others in it.  I do not “check out” but I’m also not completely in control. I’m reading the situation and relaying information both ways, most often without filter, but I do have the power to veto and negotiate words and actions.  It’s not an act of worship for me, but rather the combined intent to use the relationship to manifest shift and change.

The conversation is not rehearsed.  The only thing planned about it is that we know when and where it’s going to happen.  There is physical preparation involved with cleansing and fortifying the body (inside and out), and the adornment and attire.  There is the setting of the ritual – physical and metaphysical space, audio and visual presentation.  Then the dancing begins.

I suppose you might say I could call it “dancing with Hekate” instead of conversing. From a very straight-forward way of looking: I’m not trained in partner-oriented dances, so that doesn’t quite compute in my brain.  It’s also hard to separate when it’s the Witch dancing and when it is the Goddess is moving. But more deeply, dance is a form of communication, and I do consider it as much of a conversation as with words.

Funnily enough, the whole idea for “Hekate at the Crossroads” started with being a dance and live music experience only – no words, except for discussion afterwards. But the first time we did it, the words following the dance flowed back into more ritual and more movement.  It took it to the next level.  Do I speak for Hekate? Do I speak as Hekate? I think it’s more like speaking WITH Hekate, sharing words together.

That propensity to be able to listen, to understand flow and not be chained down to a precise structure allowed the ritual to be enhanced.  It became something even more powerful and effective.  Every time the ritual has happened after that, it continues to shift and grow – fitting the needs of the attendees.  Some things may be added, others don’t happen that evening.  All for the best. I feel that if I was focused on maintaining a concrete structure, it would be much harder to listen to the conversation – and respond to it.

Human beings are amazing creatures, but we often get in our own way when we over-focus.  We can miss opportunities because we’re more worried about following along. Similarly, deities aren’t necessarily all-knowing or all-powerful. They have a different form and perspective from ours – they can see time, space, and pattern in a much more vast way than us.  But it’s through and with us that change can be enacted.  This is where having a conversation becomes powerful magick – an exchange of ideas and actions that is fresh to the moment, yet profound.

The last thing I want to say here – the conversation isn’t exclusive to the Witch and the Goddess. Everyone present at such a ritual is part of the conversation.  They have eyes and ears, they have voices, and they have hearts and minds.  And we do it all together in shared space, acknowledging our own power and those gathered with us.

The more you listen and consider, the more you quiet the script – the more you are able to receive and be heard yourself.  Not only ritual, but in spellcraft and your every day workings and doing. Through that conversation,your path as a Witch becomes more clear.

Coming up soon in a future blog post – we’ll take one of those recent conversations and consider how we can expand upon them to each other more effectively. 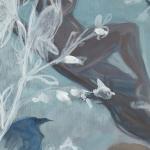 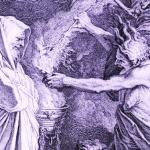 November 7, 2017 Recognizing Self & The Other: A Spell of Communication
Recent Comments
0 | Leave a Comment
Browse Our Archives
Follow Us!

Self-Initiation as a Solitary Practitioner: What...
John Beckett
Related posts from A Modern Traditional Witch