Suppose your household income is at or below the poverty line and your family must now get by on food stamps.  Most of us have never experienced that, have we?

Ivan Herman, a Presbyterian pastor in Sacramento, and his family did just that as their Lenten discipline last year. The June 10, 2013 issue of the Presbyterian Outlook reported that Herman, his wife Susan and their two children decided they wanted to learn firsthand what it was like to worry about food all the time.  They called it “The Food Stamp Challenge.” Their goal? To eat on a food stamp budget during the forty days of Lent.

When we read the article, we felt challenged by the Herman family’s “Food Stamp Challenge;”  and when Elysa told me we ought to try it, I said, “Elysa, that ‘Challenge’ might just be too challenging for us.”

Nevertheless, we began.  I recalled the research the Hermans had done.  “In 2012 the federal poverty level for a family of four was $23,050.”   Based on their income, the family planned a food budget of $396/month, or $1.10 per person per meal.  There would be no meat or fish, and they made most of their meals from scratch.  Before going back to the store, they consumed everything in the refrigerator and food closet.

Our Step One, then, was to clean out our pantry and refrigerator. The two of us achieved our first goal.

Step Two, however, was disastrous.  Based on our income, we figured we could have a budget of $1.50 per person per meal.  Our budget would be $279/month for food.  With great intentions, we began.  As did the Hermans, we learned which week days our grocery store would have sales; we bought day-old bread; we cut out snacks and desserts.  Alas, we didn’t stay with it for a week.

Our congregation’s Lenten theme this year is “Forgiveness.”  Perhaps that is apropos for our “good intentions” which get us nowhere.

We did not keep our commitment.  It’s not what we had planned to “give up for Lent.” Last year, however, we did give thanks every Lenten evening, thankful each day that “We don’t have to eat sparingly.”

The Hermans discovered that we Americans waste about 40 percent of the food we buy. They also learned that any extra produce from gardens could support local food pantries.  The great majority (85 percent) of U.S. households receiving food stamps have at least one working adult.  Senior citizens are less likely to apply for government assistance, but will go to a food pantry when desperate.

During their Lenten commitment together, family feelings ranged from anger to gratitude.  Elysa and I were just disappointed – in ourselves.   Realizing that many people have to live and eat on an extremely tight budget, how do you think you would do?

The Rev. Dr. Jim Montgomery has served as pastor of the First Presbyterian Church in Decatur, Illinois, for the past 23 years.  He and his wife Elysa will have been married 40 years this May. They have been blessed with three adult children and two grandsons.  Jim is a graduate of Davidson College and Union Presbyterian Seminary in Richmond, Virginia.  He never turns away from conversations about music or sports, or theology.  Away from the pulpit, Jim has appeared on stage as Tevye in Fiddler on the Roof and Don Quixote in Man of La Mancha. His best attribute, after his family, is his sense of humor (at least to him). 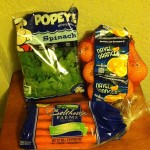 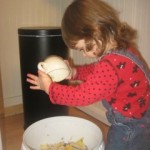 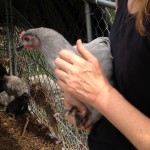 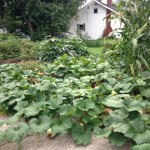 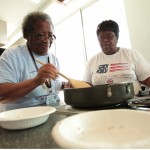 Kierkegaard meets Aristotle; An Unlikely Yinyang
Is truth subjective or objective; could it be both? What lies at...
view all Progressive Christian blogs
What Are Your Thoughts?leave a comment
Copyright 2008-2021, Patheos. All rights reserved.