I was corresponding with a Dominican nun the other day and I joked with her that, although I am a Benedictine Oblate, I am lately finding myself very drawn to Dominican spirituality, likely due to my friendship with her and also because of those those two charismatic and intrepid Dominican nags I have mentioned with some frequency, lately, St. Catherine of Siena and Bl. Pier Giorgio Frassati, both of whom were laypeople, not vowed religious.

“If you become a Dominican Tertiary, your chances of becoming a saint will go up by 75%!” she joked. “Lots of Dominican tertiary saints; nuns, not so much.”

We later agreed that sainthood is probably not in the cards for me, but-as the saying goes-I could probably be a martyr if you killed me fast.

All of the great Catholic religious orders have their associated laypeople. Franciscans have their Secular Order, Carmelites their Third Order, Dominicans have their Tertiaries, Benedictines have their Oblates, Passionists have their Associates, and so forth; and the differences are very slight. Third (or Secular) Orders are literally “third” parts of the Dominican, Franciscan and Carmelite families and those laypeople who join them try to adapt the charisms and characteristics of each order into their daily routines, which in turn tends to shape their lives in ways reflective of the lives of their vowed brothers and sisters.

For example, my Third Order Carmelite friend tended toward the mystical, penitential, silent and deeply prayerful. She owned a Catholic bookshop that was short of kitsch and heavy on creating a prayerful space for “visitors” (I don’t think she saw anyone as a customer). The store rarely turned a profit, but people were always there asking for her prayers. When she died, her daughter tried to turn it into a “real” Catholic bookstore and it didn’t last six months.

I have a Secular Franciscan friend who tends precisely toward the jolly and down-to-earth pragmatism of Franciscans. She is open, generous, friendly, realistic, hard-working, independent, family-oriented and serves her larger community with her prayers and her exemplary parenting. And I have no doubt that if times get harder for everyone (as it seems they will) she and her family will be feeding others with the eggs from their chickens and the home-canned peaches in the pantry. 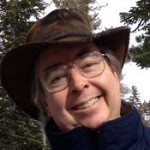 Until I met Will Duquette, who is a Novice Tertiary in the Order of Preachers (another and Patheos’ First Dominican!) I’ve only ever known one other Dominican Tertiary, but he was well-suited to them; a heavy reader and thinker, who did not hesitate to witness his faith to others. Just like Will!

Third Orders are part of provinces, and tend to meet in chapters, once or twice a month, and to assist the work of their vowed brothers and sisters. Secular Franciscans around here do a great deal of fundraising to help the food-pantry and kitchen run by our Franciscans, and of course, they help with the outreach, as well.

Benedictine Oblates differ only slightly. While the Third Orders are attached to their chapter, Oblates are attached to a specific monastic house and are literally considered a part of that community. Albeit “lay,” they are, as a Benedictine of Stanbrook Abbey (or it might have been Ryde Abbey) said, “true sisters, true brothers” to their communities. Oblates attached to a community will try (if possible) to visit their house at least once a year for retreat, and a community’s Oblate group may also organize to meet on their own for prayer, fellowship and encouragement. As Benedictines, they will try to pray as much of the Divine Office (the Liturgy of the Hours) as they can within the demands of the day and to adapt themselves as much as possible to the Rule of Saint Benedict, particularly with regards to stability (to their monastic house, their marriage, their family and commitments), outside ministry (such as visiting the sick, the aged and neglected) and hospitality (Benedict says to see Christ in everyone you meet and open your doors to all visitors. This is my biggest challenge; I am not naturally hospitable. My doormat says “Go away.”)

Oblates and tertiaries (Third Orders) do not simply “sign up,” as though they were joining a club. There is a novitiate of formation-between one to five years, usually-which is time to “try” the life, and to study and learn, before one makes a “full profession,” or-for a Benedictine- a “Final Oblation”. Making a full profession to a religious order is a serious event, and once you’ve signed your profession and lain it upon the altar, one copy of it is sent to Rome for archiving.

At profession, one usually takes a new name, and often that name will be one familiar to the order. Pier Giorgio Frassati, for example, took the name Girolamo after the Dominican Fra Girolamo Savonarola. Sometimes, when writing seriously of his faith, he would sign his letters, “fra Girolamo,” claiming his profession, which was within his right. While one would have to wonder a little about the mental health of tertiaries who ran around signing their religious name and letters to everything, it is perfectly permissable to do so when writing things of a spiritual nature. My Secular Franciscan friend will sometimes-particularly after writing about faith or prayer-tag her signature with “SFO” (Secular Franciscan Order). I’ll often write to my Li’l Bro Thom or another who knows me well, and sign off with my Benedictine name and, “Obl.OSB” (Oblate, Order of St. Benedict).

Our professions are not vows, and are renewed each year. As my community is not nearby (there are no monasteries on Long Island and it’s past time someone did something about that!) each September I light a candle and quietly renew my Oblation (my offering of self) to Christ as a Benedictine under the Rule of Saint Benedict, and then I send an email to the Oblate director saying, “Hey, I’ve renewed my profession! Still here…still the lone Oblate in these parts!”

Benedictines are serious about stability to one’s house, but it is possible to “transfer” one’s Oblation to another monastic house. This is not something to be undertaken lightly, but I am currently discerning such a move, myself, simply because I believe I may participate more fully as an Oblate, if my community is 150 miles away, as opposed to 500 miles.

Although they do not wear habits in life (there are some exceptions made by some groups for retreats and chapters), when a Tertiary or Oblate dies, he or she is entitled to be buried in the habit of the order; recently Jane Wyman, a Dominican tertiary, was buried in a Dominican habit. This I am looking forward to, and my family has already been instructed that they are not to wake me or plant me until they’ve procured a monastic habit for me. And it cannot be a Halloween costume, either. I want a real monastic habit, with a hood! My mother was buried with her First Communion book and pin, as per her wishes. I will be buried with my habit and my Breviary.

Profession to a Monastic Oblation or Tertiary and Secular Orders will not confer holiness upon an individual (although, as my friend said, the Dominican Tertiaries seem heavy with saints, as do the Franciscans). We all bring our faulty, human, imperfect selves to each day and all we do, and I am the first and best example of a vessel so broken that constant cleaning only further reveals my faultlines. But if one has identified within oneself an attraction to a specific charism, a specific “way” of Catholic spirituality that helps give expression, direction and focus to their the Christian life, one could do worse than pursue the calling. There is much richness in these ancient Rules, as these folk have discovered:

May 14, 2009 More on "thee" & "thuh"
Browse Our Archives
get the latest from
Catholic
Sign up for our newsletter
POPULAR AT PATHEOS Catholic
1