When Anchoress Crashed and Burned

I stumbled on to this tonight, while looking for another piece. In re-reading, I realized this is where I was, precisely 5 years ago, tonight.

I do surely miss my brother. But I am so grateful for the lessons we learned together, in his last days.

ANCHORESS CRASHES AND BURNS; FILM AT 11
Reposted from December 22, 2004

So, as sometimes happens in life, everything came to a head yesterday afternoon. After a so-so day at work, during which I made arrangements with my pediatrician to get a second cardiologist opinion on a situation with Buster (my brother is not long for this world, and my 15 year old is routinely clutching at his chest and turning purple – can we say stress overload?) I took a look at my schedule for the day. It included many errand-y, Christmas-themed type things, ending with the hour’s drive to see my brother at hospice, later in the evening.

At a red light, I suddenly thought: oh…supper…what am I going to make for supper…and the thing that once in a while happens to every busy woman happened to me. At the thought of having to figure out a supper menu, my entire interior software collapsed. In my head I heard the sort of beeping siren you hear in cheap sci-fi movies about this or that doomsday scenario. Files corrupted! 404 FILE NOT FOUND!!! Three minutes to critical mass! Eject, Eject, Eject!

I sat at the three minute red light, paralyzed, helpless tears having their way. I only snapped out of it when the driver behind me reminded me that we live in New York. “What the F*** isamatta wit’ you, ya dumb broad! Move the freakin’ car, I’m drivin’ here! Merry effin’ Christmas, ya jerk!”

I put in a call to the husband (I love that, calling him “the husband,” and he doesn’t mind) and was lucky enough to actually reach him at his desk. Babbled. Hyperventilation and gasping words…S!!…Buster!!…don’t know what to make for supper…and I gotta go to the POST OFFICE! Whaaaaaaaa! Hiccup.

The husband is the dearest man in the world. He was raised by a truly superior life-form of a woman who, while he was growing up, actually managed daily 4 course meals AND a spotless home. Having married me, he’s learned to lower his expectations a bit. “Order Chinese food,” he cooed. “Don’t worry about it. Get Pudgy’s. I love Pudgy’s!”

This only made me feel worse. The man was raised without fast food…now he actually has fast food he loves! He can give you comparisons on different fast food establishments! I feel a detestible failure. I serve my family food other people prepare. Often.

Loaded down with self-recrimination, and ignoring my to-do list, I realized Buster would soon be getting out of Jazz Band, and decided to scoot over and give him a ride home. Actually, what was going through my head was: I need to see Buster! I had to see my kid!

Is this something parents do? Suddenly find they need to see one or both of their children, simply to get ahold of themselves? It seemed odd to me, but there it was. I needed to see Buster!

Buster walked out of school and beamed when he saw the ride, because it was awfully cold out, to walk. He loaded the horn into the car, got in said, “hiya, Ma, what’s going on?”

Bad question. Ma immediately dissolved into another bath of tears, much of it involving my frustrations with the pediatrician, my fears for his health, and of course, my brother’s deterioration. “I want to see him tonight, but I’m just so tired…and I’m really sorry to be falling apart like this, in front of you!”

Buster handled it well, though. He handles everything well. He patted my hand and offered to keep me company while I drove around on my errands.

It was all I needed.

I drove around from stop to stop, to post office, to Penneys – to this store, to that – and Buster (who remained in the car between stops, reading Stephen King’s The Stand and listening to his eclectic music collection) simply, cheerfully kept me company. I was able to get everything accomplished without further tears or shuddery sighs.

I think what Buster did yesterday was one of the most generous things anyone has ever done for me. My sons are intuitive, kind and compassionate people, bless them. Buster was willing to walk a mile with me. He was willing to enter into a little of the mess my life had become – however temporarily – and that willingness made all the difference.

It’s what we’re called to, not merely as Christians, but as human beings. To be willing to ENTER INTO the pain, or the fear, or the tumult and whirlwind of another person’s life and say, “ssssshhhh, it’s alright, I’ll keep you company for a little while…” It is humanity at its finest.

And while it is, as I say, neither the exclusive calling or the exclusive virtue of the Christian (in fact in too many Christians it is all-too-lacking), I cannot help – in these final days of Advent – to think about what God did, in a lonely cave on the outskirts of Bethlehem, when He condescended to enter into the pain and fear, the tumult and whirlwind of the world…when he “set his tent among us,” not merely “dwelling” among us as lofty king, but literally “with” us, with hunger, the capacity for injury and doubt…

God entered in, not with a cacophany of noise and a display of raw power, but as the humblest and most dependent of creatures: a baby, lying in a manger, a place for the feeding of animals. He, who became Food for the World, entered with silence, as though he had put his finger to the quivering mouth of a troubled, sobbing world and said…”ssshhhh…it is alright, I’ll keep you company…”

It will be alright.

In the final week of Advent, the week before Christmas, the prayers and readings at Vespers are particularly beautiful, in no small part because of the ancient and traditional “O” Antiphons which precede the recitation of The Canticle of Mary, the Magnificat: My soul doth magnify the Lord, and my being proclaims the greatness of my savior.

For tonight, the O Antiphon reads: O King of all the nations, the only joy of every human heart; O Keystone of the mighty arch of man, come and save the creature you fashioned from the dust…

Related: A Rough Beast in Advent
A Moment of Grace
“Whatever,” he smiled

The Kindness of Strangers
O God, You Are the Wayside Resting Place
My Brother is Dying by Inches
A Bruising and Most Contemptable Death 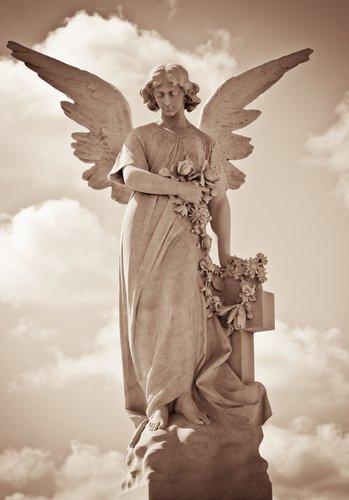 Catholic
A Brother's Lesson on Christmas
The Anchoress

Catholic
"God has carved a place..."
The Anchoress