Earlier today I read this piece by Tom Blumer and my eyes nearly popped out of their sockets:

The third tragic outcome of Obamacare is what it will do to marriages and families. In January 2010, two months before Obamacare’s passage, the estimable Robert Rector at the Heritage Foundation gave the impact a name: the “wedding tax.”

To illustrate, let’s start with the 60-year-old married couple with no children whose situation I illustrated at the end of Part 1:

If they have identical earnings totaling $65,000, which will usually net down to $50,000 or below after all income and payroll taxes, their Obamacare exchange Silver Plan premium next year with the same earnings will be $16,382, or about one-third of what used to be their take-home pay. (And they call it the “Affordable Care Act”?)

What can this couple do? Well, they could decide to earn a few thousand dollars less, which will negate the five-figure premium hit. Encouraging ordinarily willing workers to put in less effort isn’t good in any economy, but especially not this one. But if either spouse’s earnings are unpredictable or hard to precisely track, they could still “mess up” and get socked with a premium they can’t afford.

The “easiest” solution would be to avoid the “wedding tax” entirely by getting divorced while still living together. Here’s what would happen if they make that choice:

You’ll have to go read the whole thing, but I would just like to point out that if sacramentally-wed Catholics chose this “easiest” solution and got legally divorced, they would still actually be married.

Just thought I’d put that out there. They can take our freedoms, but they can never take away a sacrament!

Oh, lighten up, everyone it’s a freaking joke.

September 25, 2013
Bad Optics: Obama and HHS vs Little Sisters of the Poor
Next Post 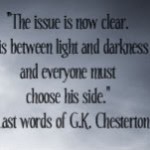 September 26, 2013 The Key to Pope Francis
Browse Our Archives
get the latest from
Catholic
Sign up for our newsletter
POPULAR AT PATHEOS Catholic
1

Catholic
What might a haberdasher know about insurance that...
The Anchoress

Catholic
So, if you repeat a lie often enough,...
The Anchoress

WATCH IT: Movies with Moxie in March 2021
OK, Movie Lovers, here is your cheat sheet for some of the...
view all Catholic blogs
Copyright 2008-2021, Patheos. All rights reserved.