I’ve mentioned before that both President Obama and his press secretary, Jay Carney are wearing identical facial expressions; they both look like men who wish it would all go away.

And “make it go away” was the first thing that came into my head when I saw this headline over at Deacon Greg’s: “WH Says Birth Control Mandate Doesn’t Apply To Little Sisters of the Poor”.

But back to the story. The suit brought by the Little Sisters of the Poor was always going to be a terrible optic for the White House. What administration wants to put their policy up against poor women who serve the indigent elderly (of all races, creeds, etc) and who do it by going out and begging? What administration wants to see headlines blaring that these excellent social-service providers are being forced out of their work because of an over-reaching, stubborn, unnecessarily conscience-infringing policy — one brought into effect by the same president who stood before an audience at Notre Dame and made a big grandiloquent speech about how determined he was to protect the “sacred” right we have to our consciences?

No sane administration wants that, right? So when one’s own Supreme Court Justice asks the government to defend its exemption policy — one so narrowly-written that Jesus Christ himself (who talked to and served non-Jews) would not have qualified — when she says, in essence, “please explain why these nuns are going to be penalized for their consciences, and in truth, penalized for not discriminating in who they hire and who they serve, and why it is imperative that they conform to this mandate”, the Obama administration quickly responds, “oh…yeah, those Little Sisters! Why, the mandate doesn’t apply to them! The mandate doesn’t apply to self-insurers! But you know…everybody else…”

The White House responded Wednesday, saying the group isn’t subject to the requirement because it doesn’t apply to self-funded church plans.

The White House said the Justice Department has already made clear the mandate doesn’t apply to such organizations and that it defers to the agency on litigation matters.

And here I was, under the impression that self-insurers had clearly been told that they must comply or pay ruinous fines. I don’t think I was mistaken about that, but it’s certainly possible. It’s also possible that the administration’s own rules are just too freaking complicated and “nuanced” to be generally understood.

It’s also possible that, as a friend of mine wrote me, “they’re just making sh*t up, now…” changing anything they want within Obamacare, as political expediency demands.

I’m not sure that’s even legal, but whatever. I wonder when the press will begin to hold the administration accountable for the cavalier way it whittles down its own laws to suit any eventuality.

Speaking of the press and accountability, hasn’t it been about ten years since Al Gore started telling us we had a very limited time to save the planet — 10 to 30 years — before the polar ice caps would melt and cities would be submerged? I recall seeing commercials with little girls standing on train tracks, with engines barreling down — a metaphor for an earth imperiled if we lit all the Hanukkah candles; an earth that could be saved if we all started buying Al Gore’s carbon credits.

I’ve long-believed that Gore’s rantings were given credence by all the “smart” people, and finally honored with Oscars and Nobel Peace Prizes, simply as consolation prizes for his losing Florida by so few votes in 2000. It was all meant to be — like the Nobel given to Jimmy Carter (and, I suspect, the one given to Barack Obama) — “a kick in the leg” to George W. Bush. A bit of self-satisfying spite against the hated other.

Rather like the entire HHS Mandate, in fact, a spiteful bit of law meant to discomfit religious institutions and personal religious conscience but never necessary to its purpose. If the government really wanted everyone to have access to free sterilization, free contraception, free abortifacients, it could have written that into law any number of ways, without going after human consciences. Which, again, the president swore to protect.

But I doubt the press will ever ask about that, either. The Obama administration is never held accountable; Al Gore, not held accountable. Who is held accountable and must answer for themselves? Oh yeah, the Little Sisters of the Poor and all the little people, like them.

UPDATED: Ed Morrissey has more news on the mandate front 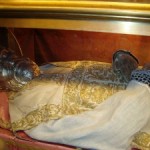 January 2, 2014 O My 3 Patron Saints, Teach Me What You Know!
Browse Our Archives
get the latest from
Catholic
Sign up for our newsletter
POPULAR AT PATHEOS Catholic
1