Christopher West Tells “Why” and Cordial Catholic Tells “How” 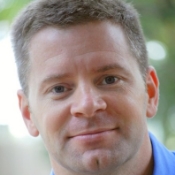 Christopher West chimes in on Why he remains a Catholic:

I stay in the Church because I’ve come to believe that within her dwells, at the same time, both all the folly and corruption of the human condition and the only complete remedy for it. Within the Church we receive a “full access pass” to an infinite mercy and love that has not only “approached” us in our wounded humanity, but come within us to heal and restore us. And it’s done so not only in some “spiritual” way. Infinite love and mercy have become incarnate, manifested in the flesh and the Catholic Church claims to be the continuation in history of that incarnate mystery.

The whole piece is really wonderfully done, so go check it out!

And I’m including in here another really good post, from a “brand new” Catholic, who — looking at the church with eyes full of wonder — cordially wonders about us people in the pews:

Catholics, get your stuff together.

Not only are poorly catechized Catholics bad for the whole of Catholicism they aren’t doing themselves any favours either.

I wasn’t raised an Evangelical, I found Jesus at the impressionable age of fifteen but even I, within months of meeting Christ, could talk circles around the average Catholic I bumped into on the street (as a good Canadian, I always apologized).

Fundamentally, Catholics are awful at explaining and defending their faith and whatever the excuse is it’s a poor one. St. Peter, the first Pope for goodness sake, was unequivocal when he wrote,

Always be prepared to make a defense to anyone who calls you to account for the hope that is in you, yet do it with gentleness and reverence. (1 Peter 3:15)

He wasn’t out for a lark, he meant it, and poor faith formation is giving all Catholics a bad name. We need to take steps to understand and live out what we believe, or get out of the way.

There’s lots more and completely worth the read.

You can find the original discussion on this topic here and here.

US CATHOLIC chimes in

We have angels all about us in church. But we need to wake up and come alive! 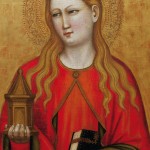 June 10, 2015
Hating God Was So Much Worse Than Being Catholic
Next Post

Catholic
Why are YOU Still a Catholic? Sometimes it...
The Anchoress 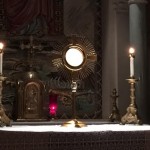 Catholic
Dear Catholic World: Why do YOU Remain a...
The Anchoress
TRENDING AT PATHEOS Catholic