Are the Mahayana Sutras Authentic? 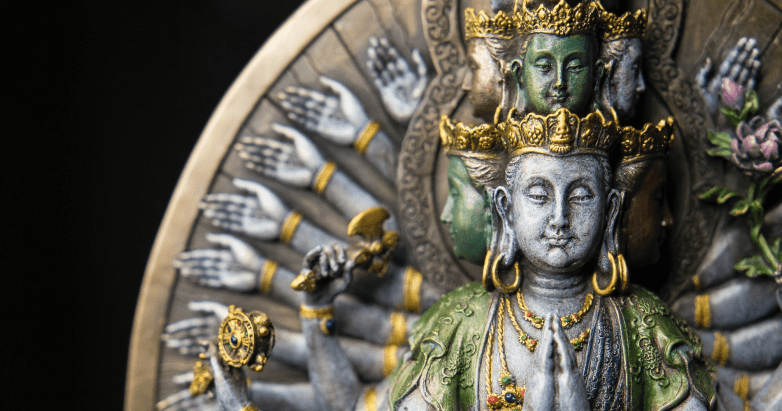 If you are a Buddhist you should be interested in what the Buddha said. But it might surprise you to find out that it is a controversial question. But the evidence is clear.

The Princeton Dictionary of Buddhism says that the Mahayana “began some four centuries after the Buddha’s death, marked by the composition of texts that purport to be his words.” As Peter Harvey explains, “Anyone accepting the new literature as genuine Sutras – authoritative discourses of the Buddha – thereby belonged to the new movement” (109). It is these texts that are the subject of our investigation.

It should already be clear that the Mahayana sutras were the point of contention between the schools of original Buddhism and this “new” movement. And it should be understood that it was a movement, not a school. In fact, there were many different schools, each usually formed around a particular text.

There is much more that could be said about the Mahayana movement, but here we want to just focus on the texts. I think that there can be made a good case for the need for Buddhism to adjust and adapt to changing conditions. My sole focus is on whether the Mahayana sutras originated with the historical Buddha.

The first question to ask is, “In what form were the Mahayana sutras composed?” Were they originally oral or written? The evidence suggests that they were originally written texts rather than oral recitations. From the evidence I have seen, it appears that the texts were recited from the written texts.

This actually makes sense if you realize that written languages did not arise in India until about one or two hundred years before the Mahayana movement began. In fact, you could make a good case that it was writing that helped form the Mahayana movement. It explains how different Mahayana groups started to form around a particular sutra. This requires a written book.

This, however, gives us a clue on when the Mahayana sutras came into existence. They arose with the spread of written language. Which means they did not exist before then, and therefore, could not have originated with the historical Buddha. Written language was unknown in India during, and for hundreds of years after, the life and death of the Buddha.

As it stands today, there are three canons. The Theravada Pali canon (which we discussed in another article), the Mahayana, and the Tibetan. The Mahayana and the Tibetan canons contain parts of the Pali canon. It is those extra parts that are at issue here. These sutras do not originate with the historical Buddha and do not necessarily convey the Buddhism that the Buddha himself taught.

Huston Smith and Philip Novak say that the Theravada claim “to represent original Buddhism, the Buddhism taught by Gautama himself. The claim is justified if we confine ourselves to the explicit teachings of the Buddha as they are recorded in the earliest texts, the Pali Canon, for on the whole those texts do support the Theravada position. But this fact has not discouraged Mahayanists from their counterclaim that it is they who represent the true line of succession” (66).

Edward Conze does a good job of summarizing the situation. He states that, “About 100 BC a number of Buddhists felt that the existing statements of the doctrine had become stale and useless. In the conviction that the Dharma required ever new reformulations so as to meet the needs of new ages, new populations and new social circumstances, they set out to produce a new literature…. So far the Mayayanistic attitude seems quite logical. What is more difficult to understand is that they insisted in presenting these new writings, manifestly composed centuries after the Buddha’s death, as the very words of the Buddha himself” (31).

Please notice those words, the Mahayana sutras were “manifestly composed centuries after the Buddha’s death.” That means that they are not authentic. “Most Mahayanists,” writes Paul Williams, “consider that the Mahayana sutras were preached by the Sakyamuni Buddha, the ‘historical’ Buddha, and the sutras themselves almost invariably start with Ananda’s phrase “Thus have I heard at one time’, plus the geographical location of the discourse. However, source-critical and historical awareness has made it impossible for the modern scholar to accept this traditional account” (29).

The “false historical claim the Mahayanist has foolishly made,” writes Richard H. Robinson and Willard L. Johnson is that “that their Sutras were from the mouth of the Buddha” (88). They were not, “from the mouth of the Buddha”, and the writers of these sutras, who are all anonymous, knew this when they wrote them. Why did they do this? “This is probably to give the appearance of a ‘discourse’ (sutra),” writes David J. Kalupahana, “which would carry more authority than a philosophical treatise compiled by an individual” (242). This is especially true since, as Peter Harvey points out, “The Mahayanists remained a minority among Indian Buddhists for some time” (109).

Edward Conze further explains, “Not content with this, the Mahayanists tried to link their own new writings with the historical Buddha by a number of mythological fictions” (32). “The new Sutras were very different in style and tone,” writes Peter Harvey, “but were defended as ‘the word of the Buddha’ through various devices…. Each explanation saw the Sutras as arising, directly or indirectly, from meditative experience” (109). This became the only way to defend the new sutras. For even this early they knew that they were not orally handed down from generation of monks to generation of monks.

Even though the Buddha had entered Nirvana and was out of touch forever, yet they still channeled the Buddha. What is the result of this? As Peter Harvey explains, “The new perspective on scriptural legitimacy led to the Mahayana having an open, ongoing ‘revelation’, which produced a huge outpouring of new Sutras in India in the period up to around 650 CE” (110). Rupert Gethin adds, “The production of Mahayana sutras spans a period of some six or seven centuries” (57).

Now clearly the Mahayana sutras are not authentic, in that they did not originate with the historical, earthly Buddha, Shakyamuni Gautama. Any honest assessment of the evidence can reach no other conclusion. Several Chinese monks, even as early as the 5th century, rejected some or all of the Mahayana sutras (Mizuno 3).

A Different Kind of Buddhism

Peter Harvey states, “There developed a new orientation to traditional Buddhist teachings and the upsurge of novel interpretations, whose gradual systematization established the Mahayana as a movement with an identity of its own” (108). These “novel interpretations” were not just minor. I would argue that Mahayana is as different from the Theravada as the Catholics are different from the Protestants, and for similar reasons. Both Theravada Buddhists and Protestant Christians want to stay true to the words of their founder and his immediate disciples.

As the book The Buddhist Tradition states, “From about the first or second century A.D. onwards, a new and very different kind of Buddhism arose in India” (De Bary 73). Mahayana is not just a change of emphasis, it is “new and very different.” It is not the Buddhism that the Buddha taught. If the Early Buddhist Texts of the Pali canon are the word of the Buddha, then Mahayana Buddhism is a departure from this. Instead of a turning of the wheel, it is an unwinding of it.

Noble Ross Reat gives an example, “The incorporation of supernatural savor figures into the originally self-reliant religion of the historical Buddha is an outright heresy from the standpoint of Nikaya Buddhism. Mahayana Buddhism appears to have undertaken the radical departure from earlier Buddhism in order to enhance the popular appeal of the religion” (55).

Although I don’t agree with everything he says, I do agree with Brian Ruhe that, “The Pali sutras have primacy. All of the Mahayana and the Vajrayana must fall in line behind that. The very best of the Mahayana, Tibetan, Zen and all other traditions of Buddhism are commentary upon the original Buddhist tradition agreed upon at the first council” (149).

It is not my desire to attack the Mahayana tradition. I personally discovered Buddhism through Zen, and still find many of its writings helpful. But if I want to know what the Buddha said, I have to turn to the Early Buddhist Texts in the Pali canon. That has been the point of this whole article. It explains why I have limited myself to these texts alone. I hope people understand.

Image by petr sidorov on Unsplash

August 13, 2020 Understanding the Noble Quest
Browse Our Archives
get the latest from
Buddhist
Sign up for our newsletter
POPULAR AT PATHEOS Buddhist
1

A Word to Zen Students on...
Monkey Mind
Books by This Author Books by Dr. Jay N. Forrest

Hold Beings To Be Precious
"Considering that all sentient beings Accomplish a supreme purpose Superior to the...
view all Buddhist blogs
Copyright 2008-2021, Patheos. All rights reserved.