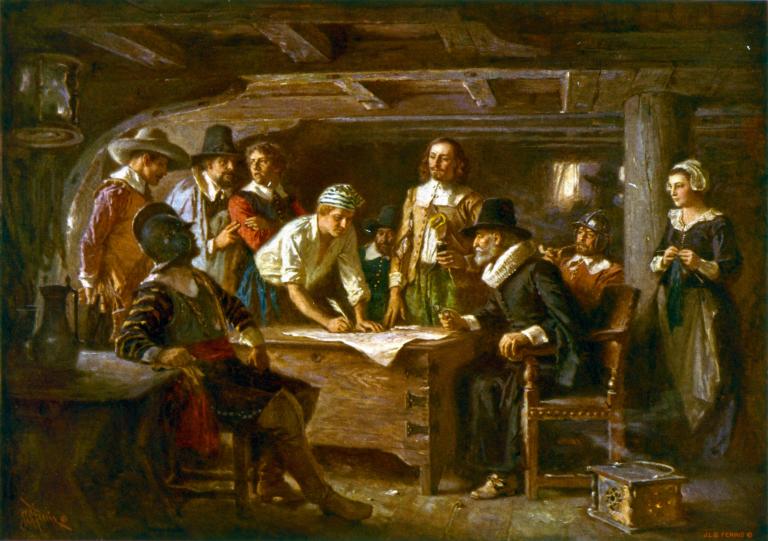 Baseless stereotypes surround Puritanism perhaps like no other group of people or social movement. Most of them owe more to H.L. Mencken, Arthur Miller, and Nathaniel Hawthorne than any historical data. Puritans enjoyed the simple pleasures of life (food and drink and colorful clothing) as well as the higher ones (all coram Deo, of course). Their intellectual activity could never be described as boring, one dimensional, or hyper-Biblicism. That they placed a high premium on morals and pure living was, perhaps, the least distinct (and, therefore, least interesting) thing about them (for their period). And yet, it is their rigid (by modern standards) way of life for which they are most known.

Just as their are erroneous, cartoonish stereotypes relating to the Puritan lifestyle, so too is there a stereotype that the prose of men of Bradford’s breed was dry, dreary, and dogmatic–that is, a reflection of the caricature of the authors themselves. Per usual, Perry Miller (in The American Puritans, Their Prose and Poetry) corrected this lazy, all-too-convenient characterization (e.g. the Puritans even dabbled in poetry):

“Puritanism was not an anti-intellectual fundamentalism; it was a learned, scholarly movement that required on the part of the leaders, and as much as possible form the followers, not only knowledge but a resect for the cultural heritage. Being good classicists, they read Latin and Greek poetry, and tried their hands at composing verses of their own.”

This past week we–well, those of us not fixated on election “news” and spiking Covid-19 cases–celebrated the 400th anniversary of the Mayflower landing and Compact. As historic of a moment as that was, especially for this country, it, lamentably, received less than a fraction of the fanfare over the 500th anniversary of the Reformation.

That being said, some nice reflections on 1620 have been published lately by Mark David Hall and Daniel Gullota that are worth reading (the latter being a review of John Turner’s new book that’s well worth perusal).

For my own part, I have, since September (when the Mayflower departed), been re-reading William Bradford’s Of Plymouth Plantation (1620-1647) (the Samuel Eliot Morison edition is best) in step with the departure, voyage, and settlement of Bradford’s company. In so doing, I was reminded of what Miller said above. That is, of how beautiful 17th century prose can be (especially from Puritans opining on their favorite subject: God and his providence).

Bradford’s account of the first permanent English settlement in New England really should be required reading in all American schools (along with Winthrop’s A Model of Christian Charity (1630)). It without question deserves a spot in this country’s canon. For many events and details, Bradford’s history is the only source historians possess. For that reason alone, it is indispensable.

But Of Plymouth Plantation is also worth reading to get a sense of Bradford himself, a truly remarkable figure. Though born (1590) to a comparatively wealthy family in Yorkshire, he was self-educated. It was through his self-study–through which he became acquainted with Latin and the classics–that Bradford encountered Puritan theology. It was later through the influence of William Brewster at Scrooby manor that he came to a reformist, Brownist persuasion. As it was for all people in 17th century England, life was hard for Bradford. Many of his family members died before he reached adolescence. Life was even harder for nonconformist separatists, which is what Bradford had become in his mid-twenties. He lived in Leiden with the exiled Scrooby church for some time before embarking, a little over 100 others, on the voyage (via the Speedwell and Mayflower) to the Americas (originally aiming for Virginia). It is that journey–which began in earnest long before anchors weighed– that is recounted in the first quarter of Bradford’s history.

After the first governor of the colony, John Carver, died (likely of heat stroke) Bradford, aged 31, was unanimously selected governor–a position he held for nearly the rest of his life (the office was voted on annually). From 1621-1632 he was elected every year; again in 1635, and 1637, and 1639-1643. His final term lasted from 1645-1656. He served as an assistant or deputy in the years when he was not filling the highest office. (Has a more able politician and governor ever drawn breath on American soil?) Despite his dominance of the Plymouth governorship throughout his life, his service to the colony foreshadowed the leadership of George Washington: his humility, steadfastness, selflessness, and absolute absence of power lust.  Like Washington also, Bradford’s prose could be eloquent, and had flashes of brilliance. Provided a little below is what I believe to be some of the best American prose of the first first generation to inhabit the New England colonies.

On Bradford’s history in particular, Miller wrote, “[In Bradford] we find the innermost being of the Puritan–the mind, the prose style, the conception of providential history, the literalness, the pettiness, and also the strength, the indestructible nobility.”

(n.b. It is best to opt for referring to the separatists at Plymouth as “Pilgrims” to distinguish them from the non-separating Puritans of Massachusetts Bay. It makes more sense for “Puritans” to be the remainers and for “Pilgrims,” who are no longer trying to purify the English church from within, to be called something else, and others besides do opt for this distinction. Of course, the non-separation theory borrowed from William Ames by the Puritans was never much more than a convenient legal fiction. Nevertheless, broadly concieved, the Pilgrims of Plymouth spring from the same movement as the Puritans of Massachusetts, and, indeed, the two groups enjoyed fellowship with one another–eventually being incorporated into the same “Dominion” under Andros, and then through their own confederacy.)

The context of the quote(s) below is the arrival of the Mayflower to Provincetown Harbor (what Bradford calls “Cape Harbor”), the perilous journey having been just recounted. Bradford begins by noting how thankful the passengers were to meet dry land once again:

“Being thus arrived in a good harbor, and brought safe to land, they fell upon their knees and blessed the God of Heaven [Dan. 2:19] who had brought them over the vast and furious ocean, and delivered them from all the perils and miseries thereof, again to set their feet on the firm and stable earth, their proper element. And no marvel if they were thus joyful, seeing wise Seneca was so affected with sailing a few miles on the coast of his own Italy, as he affirmed, that he had rather remain twenty years on his way by land than pass by sea to any place in a short time, so tedious and dreadful was the same unto him.”

This passage demonstrates the affinity of the Puritans, even autodidacts like Bradford, for the works and figures of antiquity. They worked them any chance they got. But as Richard M. Gummere has argued in The American Colonial Mind and the Classical Tradition, this wasn’t for show. Aristotle, Plato, and Plutarch weren’t merely window dressing. Rather, up through the close of the 18th century (and, maybe, a bit beyond), the colonial mind was colonized by the classics.

Seneca was a favorite–Thomas Watson’s works (especially A Body of Divinity) are filled with references to him–and the Puritans generally believed the legend that the Apostle Paul had converted him. But the true beauty of Bradford’s prose is to be found on the subsequent page, wherein he dwells on the same subject.

“Being thus passed the vast ocean, and a sea of troubles before in their preparation… they had now no friends to welcome them nor inns to entertain or refresh their weatherbeaten bodies; no houses or much less towns to repair to, to seek for succour… And for the season it was winter, and they that know the winters of that country know them to be sharp and violent, and subject to cruel and fierce storms, dangerous to travel to known places, much more to search an unknown coast.”

“Besides, what could they see but a hideous and desolate wilderness, full of wild beasts and wild men… For summer being done, all things stand upon them with a weatherbeaten face, and the whole country, full of woods and thickets, represented a wild and savage hue. If they looked behind them, there was the mighty ocean which they had passed and was now as a main bar and gulf to separate them from all the civil part of the world.”

This is, by any standard, beautiful, descriptive, moving prose. There are other examples throughout Bradford’s history of Plymouth of his exceptional penmanship, but the passage just quoted is without a doubt the most memorable; the combination of the sheer weight of the moment described and the words chosen for the job make it singular.

Wrapping up the chapter, and quoting Deuteronomy 26:5-7 and Psalm 107:5-8, Bradford then displays the other element (besides the classics) of Puritan prose, this one indispensable, viz., reliance on, and application of, Scripture.

“What could now sustain them but the Spirit of God and His grace? May not and ought not the children of these fathers rightly say: ‘Our fathers were Englishmen which came over this great ocean, and were ready to perish in this wilderness; but they cried unto the Lord, and He heard their voice and looked on their adversity.’ etc. ‘Let them therefore praise the Lord, because He is good: and His mercies endure forever.’ ‘Yea, let them which have been redeemed of the Lord, shew how He hath delivered them from the hand of the oppressor. When they wandered in the desert wilderness out of the way, and found no city to dwell in, both hungry and thirsty, their soul was overwhelmed in them. let them confess before the Lord His lovingkindness and His wonderful works before the sons of men.” 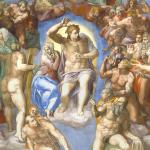 November 9, 2020
Magistracy: An Institution of Christ Upon the Throne, or Notes from James Allen's 1744 Election Sermon
Next Post 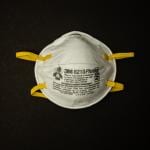 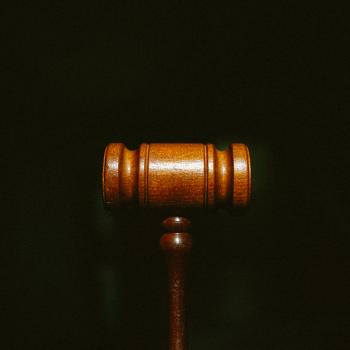 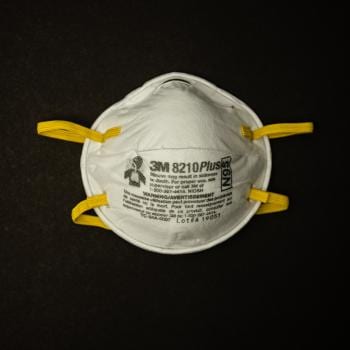 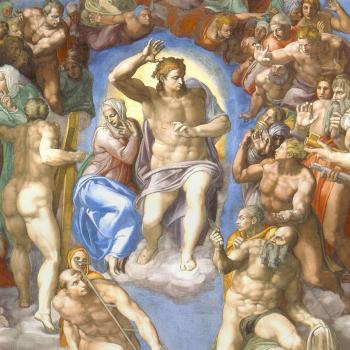 Evangelical
Magistracy: An Institution of Christ Upon the Throne,...
The Cantankerous Calvinist 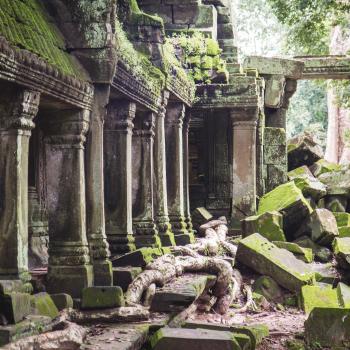 Evangelical
If the Foundations Be Destroyed, or Notes from...
The Cantankerous Calvinist
TRENDING AT PATHEOS Evangelical

Looking to the Middle East for positive news
Tomorrow I'm headed to Lebanon and Jordan for a couple of weeks....
view all Evangelical blogs
What Are Your Thoughts?leave a comment