Tim Keller is one of my favorite preachers and public Christian voices. He has a way of conveying classic Christian belief and doctrine in a compelling way to post-Christendom, pluralist audiences. While, as a Wesleyan, I would differ with him on certain topics particularly cherished by the Calvinist tradition (yes, orthodox Wesleyan-Arminians do believe in predestination; we just believe it plays out quite differently than our Calvinist brothers and sisters do), all things considered, Keller is among the best representatives of grounded-yet-charitable Protestant Christianity. 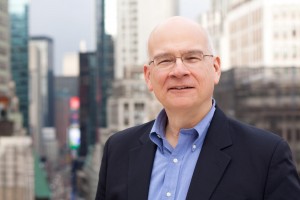 That being said, many popular voices within the progressive evangelical camp disagree with my assessment of Keller. Back at the end of December, Keller conducted a good (in my opinion) interview with Nicholas Kristof of the New York Times about the Christian faith, particularly in relation to Christmas. Keller seemed to be his firm-yet-kind self in the interview, and Kristof is one of the NYT’s better writers and interviewers. However, others really disagreed and viewed Keller as being either too black-and-white in his statements, or not flexible enough to those who have doubts, even though Keller acknowledges his own doubts and the place of doubt (properly considered) in the Christian faith.

Another one of my favorite “Reformedish” (as his blog says) writers, Derek Rishmawy recently wrote a great analysis of Keller’s interview and the reaction to it. Most helpful is a section of Gregory of Nyssa’s Great Catechism discussing how contextualization is necessary in exposition of Christian faith and doctrine. Long story short, Rishmawy draws a helpful analogy from Gregory to Keller. Keller’s interview is meant to address the concerns of progressive, East Coast people, not every single other group of those seeking answers about Christianity:

I’m reminded of the recent kerfuffles over how to present the gospel raised by the Tim Keller interview with Nick Kristof. There were plenty of complaints coming from all angles. For me, a lot of the complaints seemed variations of a frustration that Keller didn’t present things the way they would have to the particular audience they were concerned with. He’s speaking to progressive New Yorkers and they’re thinking about their friends in the conservative youth group they grew up in. . . . My point is that not every skeptic is a youth-group refugee. Nor are they hard-core atheist apologists. Some are squishy, New-Agers. Others are pragmatic, business-types. Still others are people who already think themselves properly “religious” and chafe at the notion they need an upgrade. And in our post-Christian society, some are just curious inquirers without all the hang-ups about which we might be worried. In which case, we need to heed Gregory’s wisdom: “The method of recovery must be adapted to the form of the disease.” 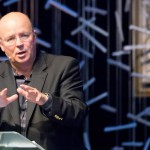 January 12, 2017
Scot McKnight and The Reality of Angelic Beings
Next Post 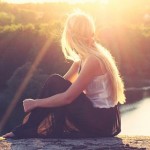 January 24, 2017 Reflecting on the Women's March and Pro-Choice Rhetoric
Recent Comments
0 | Leave a Comment
"People are a bit embarrassed by the relationship between King and H. P. Lovecraft although ..."
MesKalamDug God and Stephen King
"For good King books that assist in visualizing the supernatural realm--or at least they did ..."
Steve Irby God and Stephen King
"https://i.pinimg.com/origin..."
Christiane Smith It Is Right to Hate Evil: ..."
"You are such αn αsshole, b."
Brand New Key It Is Right to Hate Evil: ..."
Browse Our Archives
Related posts from The Christian Revolution