Thinking About Gentrification and Church Plants 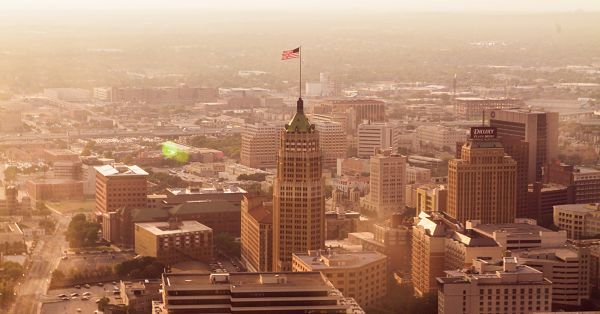 I have several friends who are heavily involved in church planting. While I myself have never had a particularly strong call toward being a church planter (though who knows if God will change that in the future), I have a deep appreciation for those who are called to such a vocation.

That being said, a recent article in Sojourners has caused me to reflect on the nature of church planting as it is often practiced in evangelical circles. Admittedly, I have mixed perceptions about Sojourners. Sometimes I find their articles to veer a little too far to the left ideologically. On the other hand, they sometimes have very good, thought-provoking articles that convict me as a Christian. D.L. Mayfield’s recent piece, “Church Planting and the Gospel of Gentrification,” falls into the latter group.

While the whole article is well worth a read, the general thrust revolves around Mayfield’s argument that most of the authoritative books and practices on planting churches in secularized cities presuppose a gentrified populace. She gives an example of how one of the most popular books on urban church growth, Tim Keller’s Center Church (Zondervan, 2012), barely even mentions gentrification:

These theologies talk a lot about moving in and contributing to the flourishing of a city, but say little on the negative disruption that these moves can make in the existing community. For instance, in his large book on urban church planting, Center Church: Doing Balanced, Gospel-Centered Ministry in Your City , Keller has nearly 400 pages describing right doctrine and theology but only a few paragraphs about gentrification. Even more troubling is the lack of emphasis on the importance of learning from those Christians already at work in churches in the neighborhood (including people of color who’ve been there for decades). The unspoken assumption in the books, sermons, and conferences targeting missional-minded evangelicals is that the city—prior to white, hip church planters—is a foreign mission field, pristine and untouched by the work of the Lord.

Mayfield goes on to discuss how some notable church plants (think megachurches planting new campuses here) only happen after an area has been largely gentrified. She quotes fellow writer Nate Lee on a Hillsong church plant announcement:

Writer Nate J. Lee, responding to a video put out by Hillsong church to announce their intention to plant a church in San Francisco (including the phrases “God has great plans for this city” and “San Fran, the best is yet to come!”), wrote this: “Any kind of language that implies that God’s work or God’s plan starts when we arrive … is indicative not only of terrible theology, but of white Christian exceptionalism, the oppressive belief that the correct kind salvation and healing can only be facilitated through us, on our terms with our methods—and us always happens to be white missionaries, white pastors, and white churches.”

Now make no mistake, Mayfield is not against church planting, at least as far as I can tell. What she seems to be trying to do is bring to the forefront the consequences that occur with predominantly-white, gentrification-related church planting: the disruption of existing minority and low-income churches doing good, gospel-centered work in existing communities. It is not that gentrification-related church planting is problematic simply because hating gentrification is trendy. It is because such church-planting that takes no thought for existing, non-gentrified churches and the communities they are ministering to actually harms evangelism and ministry.

I am no church planting expert. I do not have an answer to the potential problems that can arise with gentrification-related church plants. However, I do think articles like Mayfield’s help all of us who are active in ministry in some way to be more cognizant of just how interconnected our actions are with regard to other churches and communities. This is especially true for those of us who are in predominantly white, middle/upper-middle class churches. The Body of Christ is very large and diverse. While it is not wrong to model our church plants on Tim Keller’s advice, we need to do so whilst being aware of how it impacts our minority brothers and sisters who are also in ministry in the city. 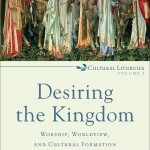 June 12, 2017
Cultural Liturgies and the Power of Nationalism
Next Post 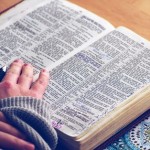 June 28, 2017 The Bible's Literary Styles
Recent Comments
0 | Leave a Comment
"People are a bit embarrassed by the relationship between King and H. P. Lovecraft although ..."
MesKalamDug God and Stephen King
"For good King books that assist in visualizing the supernatural realm--or at least they did ..."
Steve Irby God and Stephen King
"https://i.pinimg.com/origin..."
Christiane Smith It Is Right to Hate Evil: ..."
"You are such αn αsshole, b."
Brand New Key It Is Right to Hate Evil: ..."
Browse Our Archives
get the latest from
Evangelical
Sign up for our newsletter
POPULAR AT PATHEOS Evangelical
1

Four Tips for Reading the Book...
Crux Sola: Formed by Scripture to Live like Christ
Related posts from The Christian Revolution