Unless you have been living under a rock for the last year or so, you have undoubtedly heard of the populist political movement called the “alt-right.” While scholarly definitions of the movement differ, a good working understanding is that of a grass-roots movement (largely rooted in online forums and message boards) that advocates for extreme right-wing views (aka, fascism) and that promotes a modern form of racial purity centered around white nationalism and preservation of the “white race.”

Think Nazis without the militarization and concentration camps and you start to get the idea.

As a Christian, I find the alt-right to be one of the most morally repugnant movements currently on the socio-political scene. The unabashed racism and denigration of the weak and oppressed by leaders like Richard Spencer is appalling. Indeed, if you hunt hard enough on the internet, you’ll find some of the alt-right’s young, 20 and 30-something members saying things like “Adolf Hitler was right.” As you might have guessed, there is some overlap between the neo-Nazi and alt-right social cliques.

Of course to statements like, “the white race is supreme,” and “Adolf Hitler was right,” I refer to the great Nazi-fighter (in his prose) C.S. Lewis when he says, “Don’t talk damned nonsense” (it is near the beginning of the first chapter of Mere Christianity if; pg. 37 in my edition).

All this to say that Matthew Rose over at First Things has written a fascinating exposé on the pagan and anti-Christian roots of the alt-right movement. While you should really go read the whole piece for yourself, suffice it to say that the upshot of the article is that the alt-right is fundamentally incompatible with orthodox Christian belief and practice. As Rose writes near the beginning of the article:

The alt-right is anti-Christian. Not by implication or insinuation, but by confession. Its leading thinkers flaunt their rejection of Christianity and their desire to convert believers away from it. Greg Johnson, an influential theorist with a doctorate in philosophy from Catholic University of America, argues that “Christianity is one of the main causes of white decline” and a “necessary condition of white racial suicide.” Johnson edits a website that publishes footnoted essays on topics that range from H. P. Lovecraft to Martin Heidegger, where a common feature is its subject’s criticisms of Christian doctrine. “Like acid, Christianity burns through ties of kinship and blood,” writes Gregory Hood, one of the website’s most talented essayists. It is “the essential religious step in paving the way for decadent modernity and its toxic creeds.”

That last quote from Gregory Hood (“Like acid, Christianity burns through ties of kinship and blood”) is particularly illuminating. This is because a near identical criticism was used against the earliest Christians in the Greco-Roman world by pagan critics such as Celsus. The early Christians were viewed not only as “a-theists” by the Greek and Roman pagans (because they denied the reality of the pagan gods; at best such gods were demons and worst simply wood and stone), but also as “haters of humanity” by figures as illustrious as the Roman historian, Tacitus.

Part of the reason for such a label was the fact that Christians overturned the racial and cultural structures of the time. One’s religion was tied very closely to one’s ethnic identity in the ancient world. To be a Roman meant you worshipped Roman gods as part of your national duty and piety. The same with the Greeks, and so on.

Thus, for someone like St. Paul to come along and say that in Christ, “there is neither Jew nor Greek, there is neither slave nor free, there is not ‘male and female;’ for you all are one in Messiah Jesus” (my translation of Gal. 3:28a), is to be inherently disruptive to the whole religious and cultural order of the ancient pagan world, including its national and ethnic structures.

To give credit where credit is due, alt-right adherents recognize this. Like Nietzsche before them, they realize that for any form of the “will to power” to work (especially one centered around white “purity” and solidarity) then it must be purged of orthodox Christianity. Again, Rose:

Alt-right thinkers are overwhelmingly atheists, but their worldview is not rooted in the secular Enlightenment, nor is it irreligious. Far from it. Read deeply in their sources—and make no mistake, the alt-right has an intellectual tradition—and you will discover a movement that takes Christian thought and culture seriously. It is a conflicted tribute paid to their chief adversary. Against Christianity it makes two related charges. Beginning with the claim that Europe effectively created Christianity—not the other way around—it argues that Christian teachings have become socially and morally poisonous to the West. A major work of alt-right history opens with a widely echoed claim: “The introduction of Christianity has to count as the single greatest ideological catastrophe to ever strike Europe…

…[Alain de] Benoist [a leading figure in the European predecessor of the alt-right] argues that the West must choose between two warring visions of human life: biblical monotheism and paganism. Benoist is a modern-day Celsus. Like his second-century predecessor, he writes to reawaken Europeans to their ancient faith. Paganism’s central claim is simple: that the world is holy and eternal. “Far from desacralizing the world,” Benoist tells us, paganism “sacralizes it in the literal sense of the word, since it regards the world as sacred.” Paganism is also a humanism. It recognizes man, the highest expression of nature, as the sole measure of the divine. God does not therefore create men; men make gods, which “exist” as ideal models that their creators strive to equal. “Man shares in the divine every time he surpasses himself,” Benoist writes, “every time he attains the boundaries of his best and strongest aspects.”

….[Benoist] accuses Christianity of crippling our most noble impulses. Christianity makes us strangers in our own skin, conning us into distrusting our strongest intuitions. We naturally respect beauty, health, and power, Benoist observes, but Christianity teaches us to revere the deformed, sick, and weak instead. “Paganism does not reproach Christianity for defending the weak,” he explains. “It reproaches [Christianity] for exalting them in their weakness and viewing it as a sign of their election and their title to glory.”

Of course, Benoist is wrong in many of his interpretations of Christianity here. Christianity seeks not to make us “strangers in our own skin,” but rather seeks to help us grow in virtue to the type of creatures we were created to be prior to entrance of sin and death into God’s good world: image bearers of the Triune Creator God of love. Christianity does seek to make us”strangers,” but “strangers” to the sin and fallen impulses that distance us from God and neighbor, what Benoist mistakenly refers to as our “strongest intuitions.”

Benoist’s vision of the world is also metaphysically unsound. To say the world is sacred and eternal in and of itself is to neglect to see the basic contingency of all finite things. The world is not self-existent and thus neither inherently sacred nor eternal. The Christian claim, of course, is that the world is creation, upheld in being and sharing in the outpouring goodness of the eternal, unconditioned, infinite Creator God who is Himself ipsum esse subsistens — the subsistent Act of to Be. It is the Triune God who is truly sacred in Himself and who is eternal precisely because He is not one thing among other things in the universe. Everything else within the world that is sacred (including the world itself) is sacred only because it is His creation and thus participates in His eternal goodness and love.

I could go on, but I think you get the gist of what I am saying (and you can read the whole of Rose’s article). To sum all of this up I’ll summarize the obvious: the alt-right is not simply problematic for orthodox Christianity; it is antithetical to orthodox Christianity. It is a harkening back to the dark days of pre-Christian paganism when the weak, the powerless , and those deemed “inferior” were kept in such a state by an overarching sacral order.

The cross and the resurrection of the the Galilean prophet Jesus of Nazareth broke the chains of this ancient regime. When the Creator God takes on flesh as an ancient Jewish man, is torturously murdered by the empire of his day, and is raised to a new, transformed, embodied life by the God of Abraham, Isaac, and Jacob, thus overturning the verdict of Pilate and Rome, the ancient paganism of old can no longer lay claim to the world.

The alt-right is a kind of new paganism, one centered around the “sanctity” of the “white race.” Make no mistake though, it is paganism nonetheless. And just like the Christian saints of old, we faithful of the Crucified and Resurrected Lord of all the Earth stand ready to speak truth against it when it rears its ugly head.

As Matthew Rose puts it:

For Christians, the problem with Faustian man [a term many alt-right thinkers use for themselves] is not the vaunting heroism of his aims. It is the pitiable smallness of his goals. We are not meant to merely aspire to the infinite. We are called to participate in it—to be, in a word, deified. Faust could not overcome death. Through Christ, Christians already have. 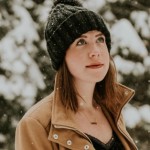 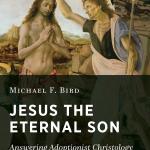 March 11, 2018 Beginning to Answer Adoptionist Christology: Working Through Michael Bird's Book
Recent Comments
0 | Leave a Comment
Browse Our Archives
get the latest from
Evangelical
Sign up for our newsletter
POPULAR AT PATHEOS Evangelical
1

Having Said That...There Are Times When...
Roger E. Olson
Related posts from The Christian Revolution